Banario willing to fight anywhere after ONE ditches cage for ring

Apr 21, 2018 9:33 AM PHT
JR Isaga
Facebook Twitter Copy URL
Copied
'The Rock' finds himself inside a new fighting space, but comes out with a win just the same 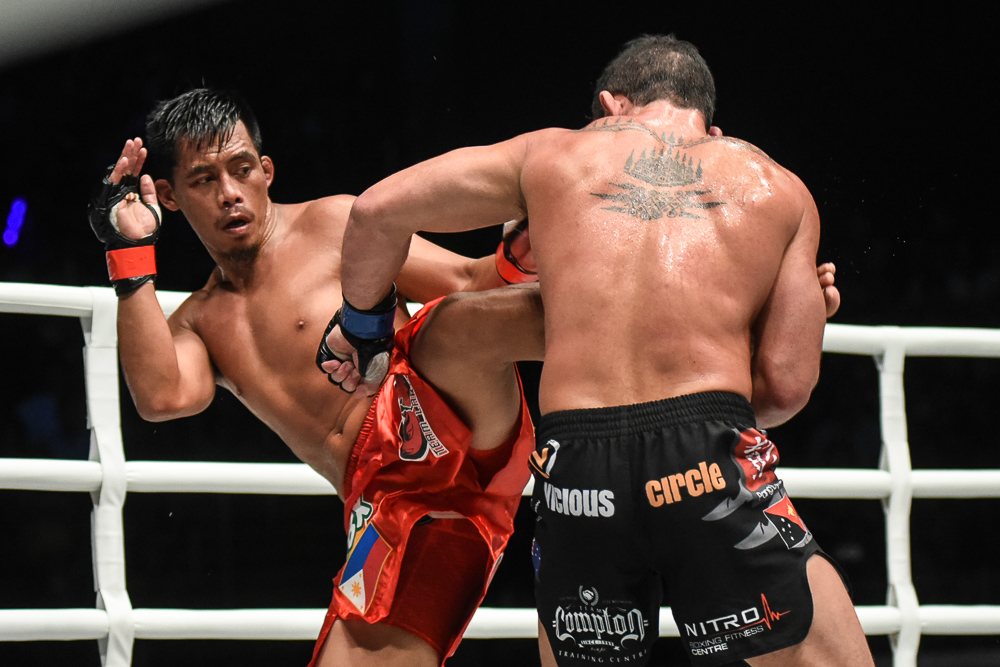 MANILA, Philippines – When something keeps making you happy, you crave for it more and more.

For Honorio “The Rock” Banario, that “something” is winning in ONE Championship, and boy, is he on a binge right now. It’s almost like he was never on the verge of retiring from mixed martial arts altogether.

The Team Lakay protégé just won his fifth straight bout on Friday, April 20, defeating Adrian “The Hunter” Pang via a close split decision at ONE: Heroes of Honor held in the Mall of Asia Arena. However, unlike his four previous victories, this one he earned while inside a traditional roped ring instead of the usual MMA cage – a first for the ONE promotion, which also launched the all-new, strikers-only ONE Super Series.

Naturally, Banario was asked which fighting space he prefers buffeting opponents in: a ring or a cage.

“I am a professional fighter,” he said. “I should prepare for everything. That’s why they call us professionals.”

After being followed up for a specific answer to “A ring or a cage?,” Banario sent the press room laughing by answering, “A cage or a ring.”

“Whatever!” he added. Then he also broke out laughing while saying, “Pwede rin sa lansangan ‘kung pwede.” (“I can fight in the streets if possible.”)

It’s not hard to see why Banario is now all jokes and smiles. Before squeaking out a split on Pang, he scored an emphatic KO on Czech striker Jaroslav Jartim at ONE: Kings of Destiny back in April last year to clinch his fourth win in a row.

Given how his streak is going, he can probably win his sixth straight bout fighting from a flyover on EDSA. Nothing moves there anyway. – Rappler.com