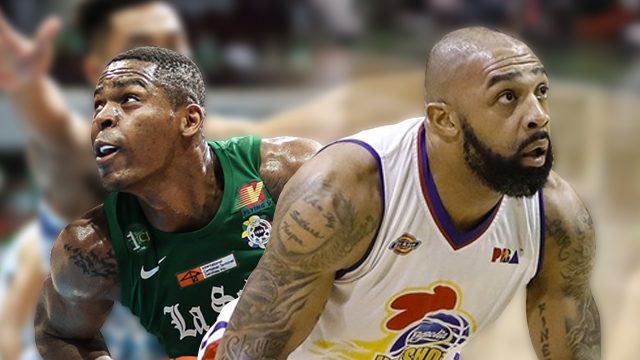 The former two-time UAAP Most Valuable Player served as a backup for Hotshots import Romeo Travis in case Barangay Ginebra forced a do-or-die Game 5 in their semifinals clash.

Travis has been nursing a left hamstring injury and was unsure if he could keeping playing until Game 5 on Sunday, November 18.

Needing an emergency import replacement, Hotshots head coach Chito Victolero bared that they tapped the services of Mbala, the former La Salle star who was coming off a stint with the Seoul Thunders in the Korean Basketball League.

“I talked to Romeo yesterday morning that I will need a backup and he approved that if he can’t play today or Sunday, ‘yun ang next option namin (that would be our next option),” Victolero told reporters after the game.

“Nandito si Ben for vacation and coach Juno (Sauler) contacted him and then ‘yun nga, he’s our option for Sunday sana.”

(Ben is here for vacation and coach Juno contacted him and he was our option for Sunday.)

But the Hotshots, who held a 2-1 lead in the best-of-five semifinals duel, didn’t need to play a Game 5.

Travis shrugged off his injury and dropped a personal career-high 50 points to go with 13 rebounds and 3 steals as Magnolia finished off Ginebra in Game 4, 112-108, on Friday, November 16.

It was a performance to remember for Travis, and Victolero was left in awe of him.

(I can’t say anything more about my import’s heart. He can’t walk after Game 3, he was already hurt but he forced to play for us because we needed him.)

Travis has plenty of time to recuperate as the Governors’ Cup finals will kick off on December 5. – Rappler.com