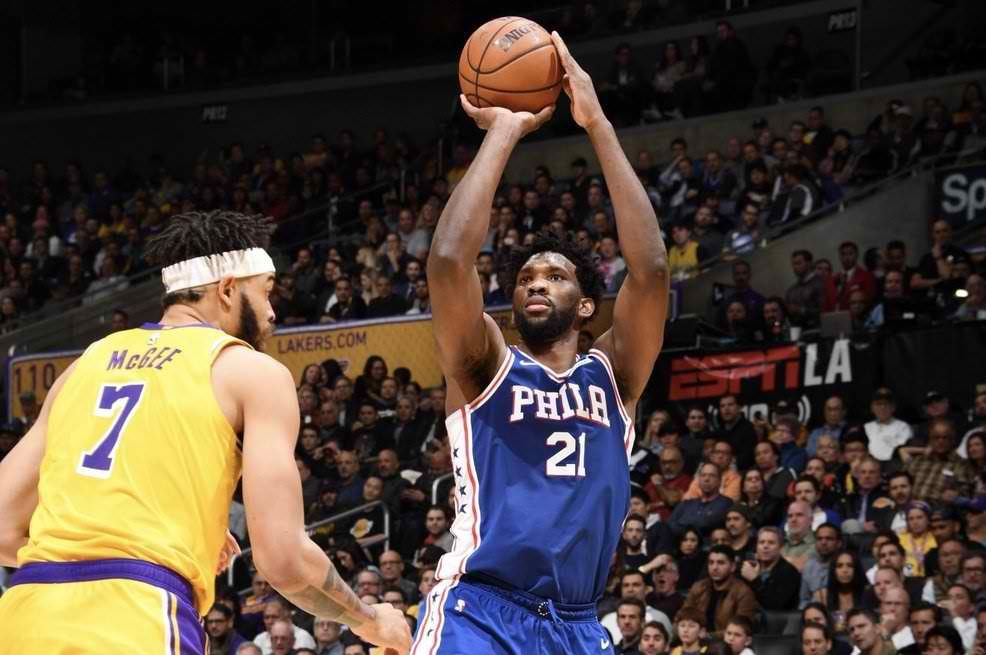 MANILA, Philippines – Joel Embiid returned to action after a scary fall early in the 4th quarter to help the Philadelphia Sixers finish off the Los Angeles Lakers, 121-105, in the NBA on Tuesday, January 29 (Wednesday, January 30, Manila time).

Jimmy Butler – who’s back after sitting out 3 games due to a sprained wrist – added 20 points while Ben Simmons scored 19 for the Sixers.

Embiid, who’s tied with Utah’s Rudy Gobert for the lead in double-doubles this season with 41, sat out for a stretch in the 4th quarter after falling on an alley-oop attempt early in the period.

The BEST of @JoelEmbiid in the @sixers win in LA! #HereTheyCome pic.twitter.com/ILmikY3ZpS

The Sixers won 3 of their last 4 games for a fourth-running 33-18 slate in the Eastern Conference.

The Lakers – who had to do without superstar LeBron James and young guns Lonzo Ball and Kyle Kuzma due to injuries – had slipped outside of the top 8 in the Western Conference at 26-25.

Philadelphia took control early and led twice as much by the 2nd quarter, 48-24, before Ingram sparked a 16-0 run that pulled the Lakers within single digit.

But the Sixers got things back in order by the 2nd half and extended the gap again as Mike Muscala  also chipped in 17 points for the Sixers.

JaVale McGee posted17 points and 14 rebounds for the Lakers while Rajon Rondo dished out 14 assists.