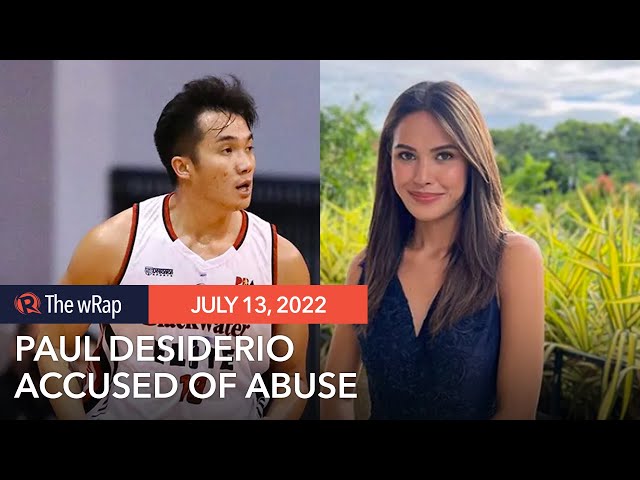 In a series of tweets, the 24-year-old model alleged how Desiderio subjected her to numerous violent acts during their relationship, including – but not limited to – strangulation, biting, punching, throwing, and kicking. She also alleged that she was physically abused while she was pregnant with their child.

“I really hate airing dirty laundry on social media, but I also don’t have it in me anymore to keep quiet just because I know that so many people empower this person, and enable him to be the abuser he is,” she wrote.

“As a go-getter, a woman with a strong personality, I couldn’t admit to myself that I had a lapse of judgment in this man who I defended to many people who told me to avoid. I’m swallowing my pride for my own safety and for my own accountability to not cover up for someone just because of love or fear,” she continued.

A May 23 police blotter entry received by Rappler through a source on Tuesday, July 12, corroborated Uvero’s strangulation allegation on Twitter, as she wrote that Desiderio apparently committed the act around 3 pm last May 22.

Almost immediately after the alleged instance of physical abuse stated on the blotter entry filed at Brgy. Matandang Balara, Quezon City, Uvero tweeted out “Don’t meet your heroes, guys,” on May 22, 3:29 pm, and retweeted this message shortly after that:

“I don’t know who needs to hear this, but let them lose you. They had enough chances.”

Prior to the alleged strangulation, Uvero recounted that the 25-year-old Desiderio was “verbally abusing” her through Facebook.

One of her follow-up tweets on Wednesday included a screenshot of a Facebook conversation, where two people were suggesting to each other that they get psychiatric help. The screenshot did not specify whether or not the two people were indeed Uvero and Desiderio.

Last June 3, Uvero announced that she and Desiderio had separated. They announced their engagement on November 8, 2019.

Rappler initially reached out to Desiderio for a comment on the blotter entry, but the Blackwater player quickly denied the allegations, and said that he wanted to see the blotter entry for himself first.

Desiderio is currently out of the PBA due to an ACL injury he suffered last May 31, a few days before his separation with Uvero was announced. – Rappler.com