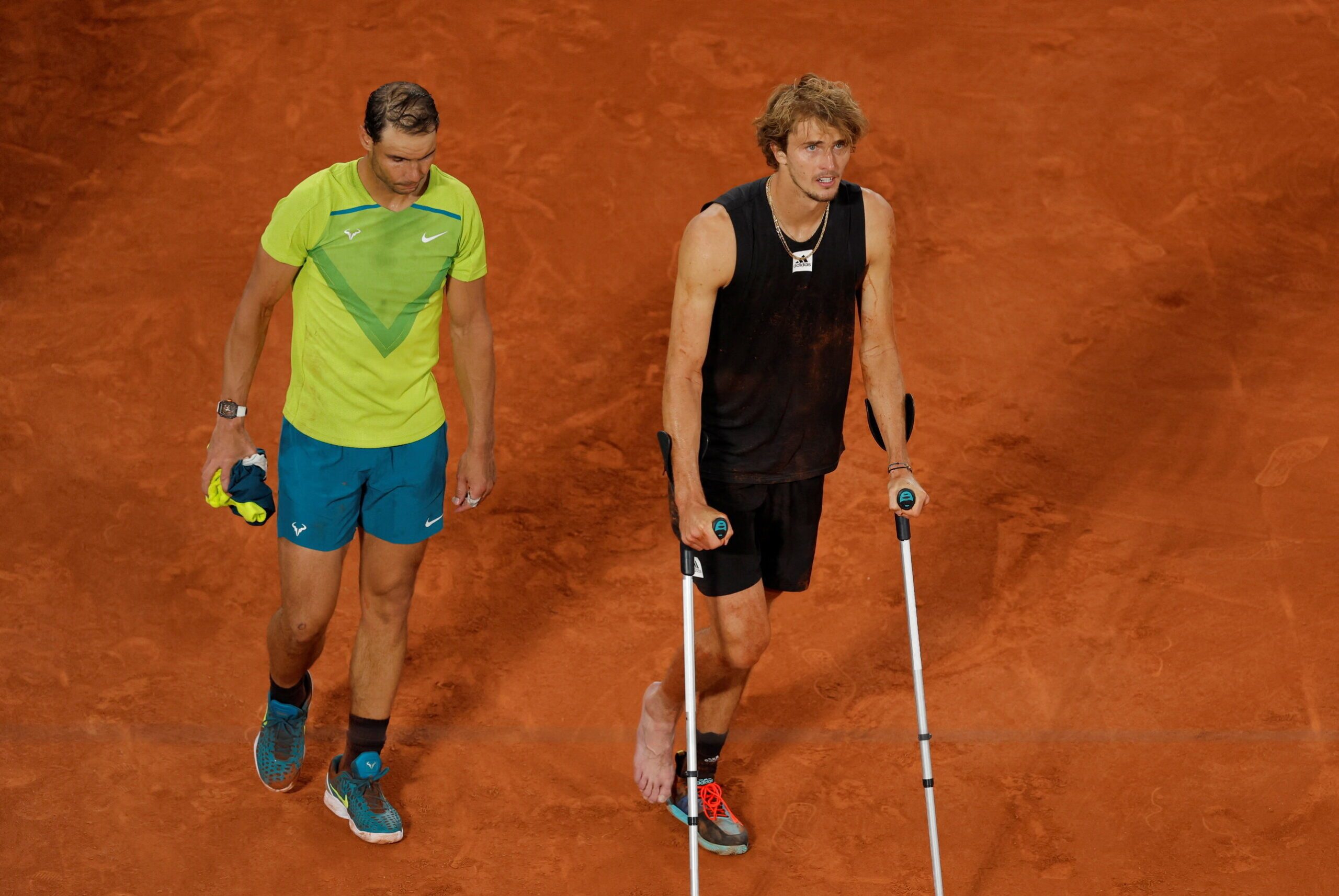 TOUGH EXIT. Germany's Alexander Zverev retires from the match after sustaining an injury as Spain's Rafael Nadal walks along.

Facebook Twitter Copy URL
Copied
Alexander Zverev, who would have taken over as world No. 1 had he succeeded in his French Open quest, says he has ‘torn several lateral ligaments’ in his right foot

PARIS, France – Alexander Zverev said he suffered torn ligaments after rolling on his ankle and being forced to retire from his French Open semifinal against 13-time champion Rafael Nadal on Friday, June 3.

“I am now on my way back home. Based on the first medical checks, it looks like I have torn several lateral ligaments in my right foot,” the German, who was seeded third at Roland Garros, wrote on Instagram on Saturday.

“I will be flying to Germany on Monday to make further examinations and to determine the best and quickest way for me to recover.”

Zverev, who was gunning for his maiden Grand Slam title and would have taken over as world No. 1 had he succeeded in his quest, was 7-6, 6-6 down when he took the tumble that ended what had looked like becoming a memorable contest.

He said on Friday he was concerned the injury, which caused him to scream in pain on court Philippe Chatrier, was “very serious.”