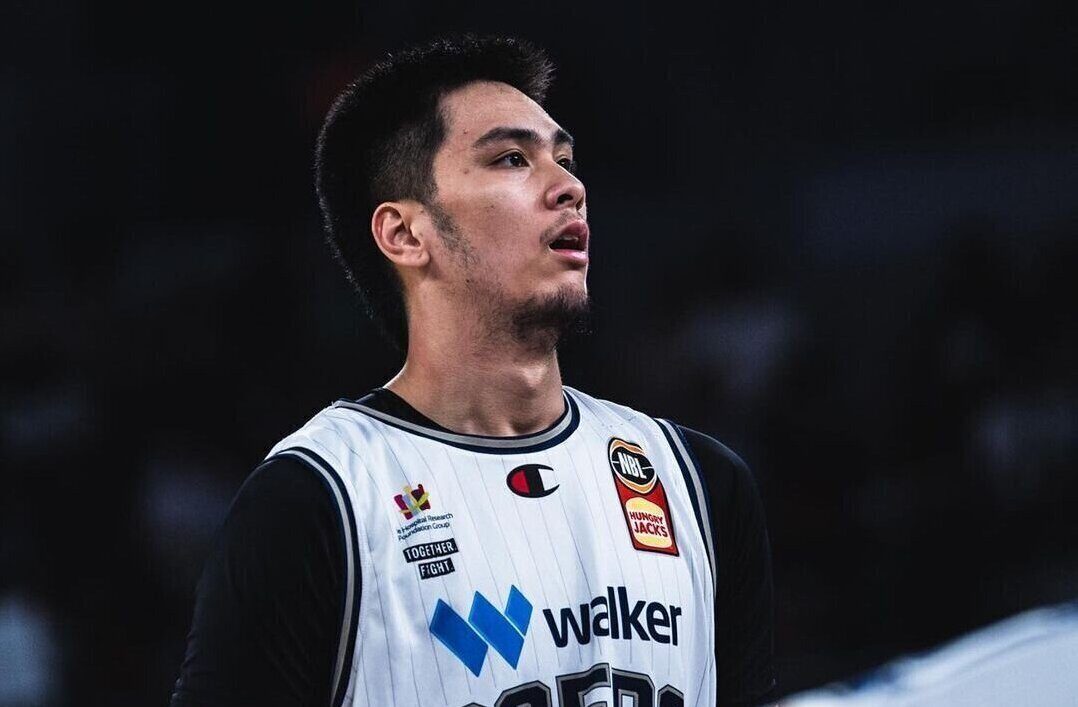 TOUGH END. Kai Sotto and the Adelaide 36ers drop their last game of the year.

MANILA, Philippines – Kai Sotto and the Adelaide 36ers failed to wrap up the year on a positive note as their four-game winning streak came to an ugly end following an 86-83 defeat at the hands of the Cairns Taipans in the National Basketball League in Australia on Saturday, December 31.

The 36ers faltered late and wasted a comfortable 18-point margin, 78-60, with under 7 minutes left to play as the Taipans completed the huge come-from-behind escape.

Adelaide had no answers for Cairns guard Shannon Scott, who erupted for 31 points on 5-of-7 shooting from deep, together with 4 rebounds and 4 assists.

Scott spearheaded Cairns’ blistering fourth-quarter blast as he unloaded 10 of his 31 points in the final 6 minutes and 30 seconds of the ball game, where the Taipans outscored the 36ers, 24-5.

Tahjere Mccall backstopped Scott with 19 points, while DJ Hogg, who also came up big in the endgame, added 13 markers.

On the other side, Antonius Cleveland led Adelaide with 16 points, while former Golden State Warriors champion Ian Clark had 15 markers on 6-of-9 shooting in his second game in a 36ers uniform.

Despite the loss, Sotto impressed once again as a starter for Adelaide for the fifth straight outing as the 7-foot-3 Filipino big man tallied 8 points on a near perfect 3-of-4 clip from the field, to go along with 4 rebounds and a +/- of +5 in 11 minutes and 32 seconds of action.

Sotto wasted little time in imposing his will down low as he dropped 6 of his 8 points in the first 5 minutes of the opening period alone.

Unfortunately for Sotto, who only played a little over than 6 minutes the rest of the way, he couldn’t help the 36ers in their late-game collapse as he wasn’t fielded back in the whole final frame.

Adelaide – which dropped to 10-9 – will look to start the new year with a bang and vent its ire on the cellar-dwelling Illawarra Hawks on Friday, January 6 at 4:30 pm, Manila time.