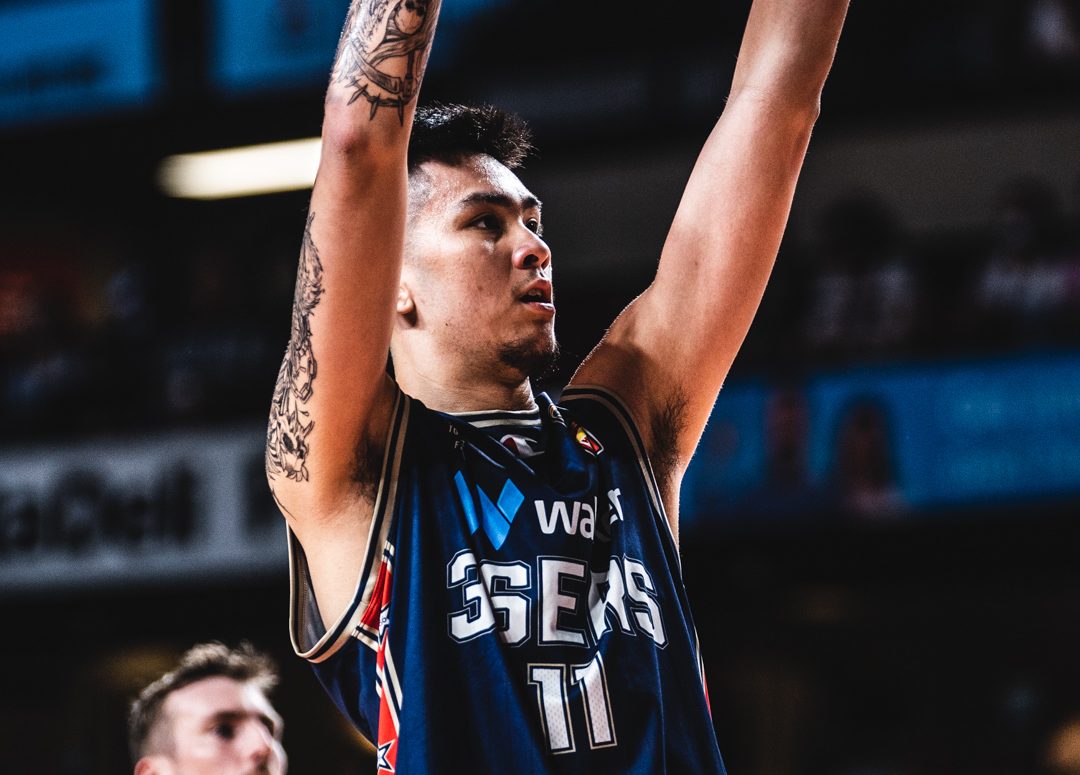 PROMISING. Kai Sotto and the Adelaide 36ers wrap up a strong preseason performance.

MANILA, Philippines – The Adelaide 36ers completed a three-game sweep of the Australia National Basketball League (NBL) Blitz preseason with an 84-77 comeback win over the Illawarra Hawks on Thursday, September 22.

Kai Sotto scored all 6 of his points in the pivotal fourth-quarter charge, where the Sixers broke away from a 71-72 deficit at the 5:36 mark with a 13-3 run, ending with a pair of Robert Franks free throws to seal the deal at 84-75 with 27 ticks left.

Sotto shot 3-of-5 in a little over 10 minutes off the bench to go with 1 rebound, 1 steal, and 4 turnovers. Franks, meanwhile, made up for the absence of top scorer Antonius Cleveland with a 30-point, 10-rebound eruption in just 26 minutes.

Prior to the nip-and-tuck final frame, Illawarra enjoyed a comfortable margin that peaked as high as 19, 50-31, early in the second quarter before settling for a 52-37 halftime gap.

However, Franks and Craig Randall conspired for a huge 12-0 start to the third quarter to get within striking distance, before Adelaide eventually regained the lead with 1:52 left in the frame off another Franks long bomb, 61-60, the Sixers’ first lead since early in the opening period.

Scoreless in the first three quarters, Sotto then kept Adelaide’s momentum running by converting his and the team’s first two field goals at the start of the fourth before his teammates eventualy took over in the endgame.

Former NBA player George King paced Illawarra in the sorry loss with 20 points off the bench on 5-of-11 shooting and 9-of-12 from the line.

The 2022-2023 NBL season begins on Saturday, October 1. However, Adelaide will not debut until October 13 with its first assignement against the Tasmania Jackjumpers at 3:30 pm (Manila time).