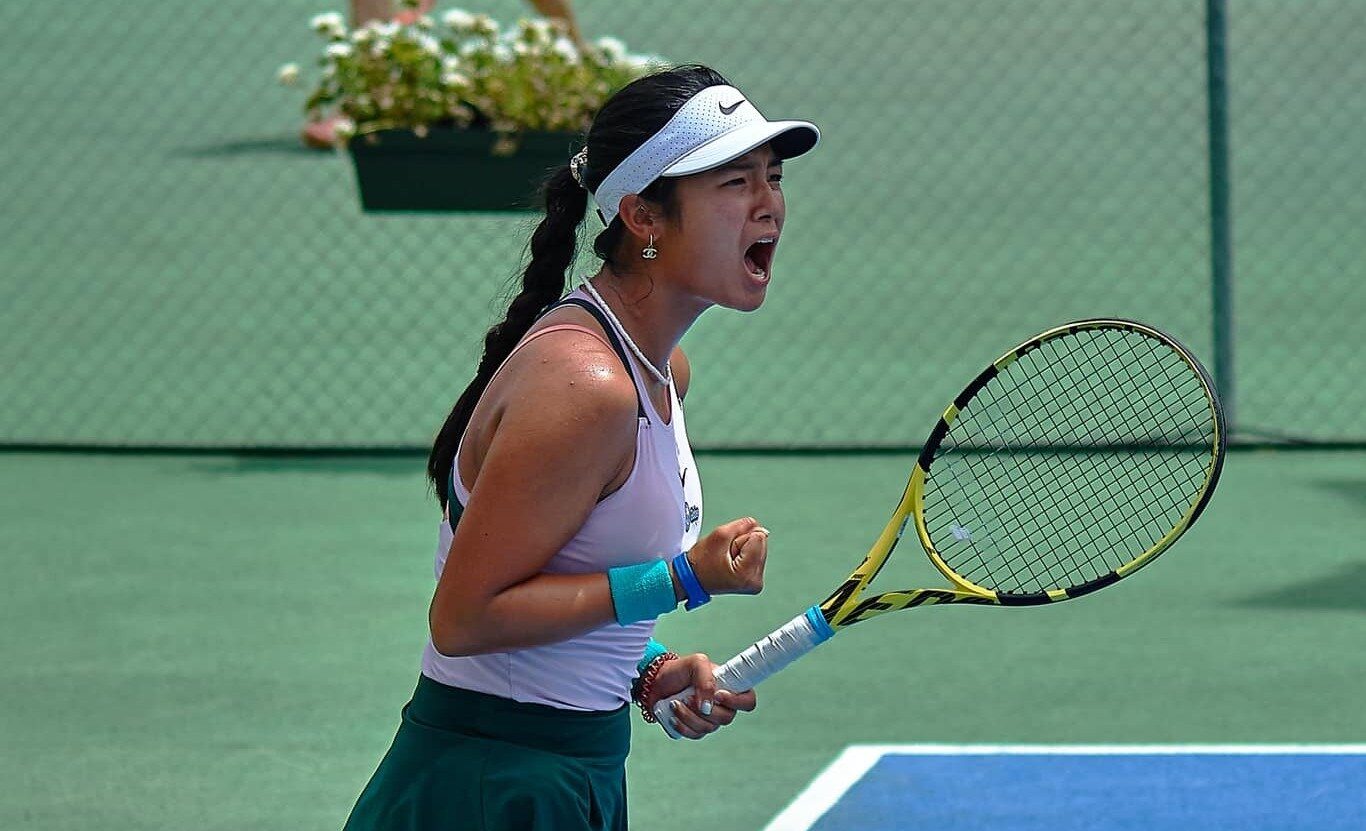 MILESTONE. Alex Eala scores her biggest career win yet in the US Open.

MANILA, Philippines – The past couple of weeks have been very good for followers of Philippine tennis who may not be as massive in numbers but are just as ardent and loyal as the fans of other sports disciplines.

This, despite having the local federation, the Philippine Tennis Association (PHILTA), still suspended by both the International Tennis Federation (ITF) and Philippine Olympic Committee (POC) due to the NSA’s non-compliance with the ITF order to amend its constitution and hold an inclusive election for all major stakeholders.

Last August 21, Ruben Gonzales partnered with Reese Stadler of the United States to bag the ATP Challenger Republica Dominicana Open in the Dominican Republic. With the victory, Gonzales rose to a career high 122nd in the ATP doubles world ranking.

That same weekend, Treat Huey finished runner-up in the Odlum Brown VanOpen in Vancouver, Canada. Before injuries slowed him down in recent years, Huey was one of the best doubles players in the world, reaching a career-high of 18th in the ATP rankings.

While teaming up with Max Mirnyi of Belarus in 2016, Huey made the men’s doubles semifinals of Wimbledon and the quarterfinals of the Australian Open. His previous partnership with Dominic Inglot of Great Britain resulted in quarterfinal finishes in the 2013 US Open and the 2014 Australian Open.

He has also reached the mixed doubles semifinals of the 2016 Australian Open in tandem with Andreja Klepac of Slovenia. Currently 103rd in the ATP rankings, Huey is a few rungs away from once again cracking the top 100.

Last May, Gonzales and Huey won the men’s doubles gold medal in the Vietnam Southeast Asian Games. The two are set to see action with different partners in the Atlantic Tire Championships in the United States this week.

Alcantara, the 2019 SEA Games men’s doubles gold medalist, won the 2009 Australian Open boys doubles title with Hsieh Cheng-Peng of Chinese Taipei. He will be back in action on September 26 when he joins two ITF $25,000 events in Tay Ninh, Vietnam.

Of course, the biggest news has to be Alex Eala’s triumphant run in the US Open girls singles.

Even before becoming the first Filipino to win a junior Grand Slam singles event, the 17-year-old Eala had already made history many times over for the Philippines.

Eala has been competing mostly in the pro circuit this past year. Last April 10, she defeated in straight sets former world number 66 and two-time SEA Games women’s singles gold medalist Luksia Kumkhum in the finals of the W25 Chiang Rai in Thailand.

This was Eala’s second ITF title after winning a W15 tournament in Manacor, Spain, on January of 2021.

Prior to Eala winning two ITF titles, the last time a Filipino player emerged singles champion in the pro circuit was in October 2015 when Katharina Lehnert bagged the ITF Sharm El Sheikh in Egypt.

Eala, though, holds the distinction of being the youngest Filipino to capture a singles title in the ITF pro circuit. Tennis legend Maricris Fernandez-Gentz was 17 years old when she won the first of her four ITF singles championships.

Lehnert was 18 when she won her first of also four ITF titles. Eala was only 15 years old when she became champion of the W15 ITF Manacor.

Eala will be taking a short break before resuming her campaign in the pro circuit by the third week of September. She is slated to swing through California where a couple of W60 and a W80 events are scheduled in the next few weeks.

The fact that Filipino tennis players continue to shine in the international arena in spite of their NSA makes their accomplishments all the more laudable. They have also given the country so much to look forward to.

Filipino tennis fans will be hoping to have more reasons to celebrate as Eala and her fellow national team members Gonzales, Huey, and Alcantara will continue to be busy in the pro circuit in the last few months of the year. – Rappler.com