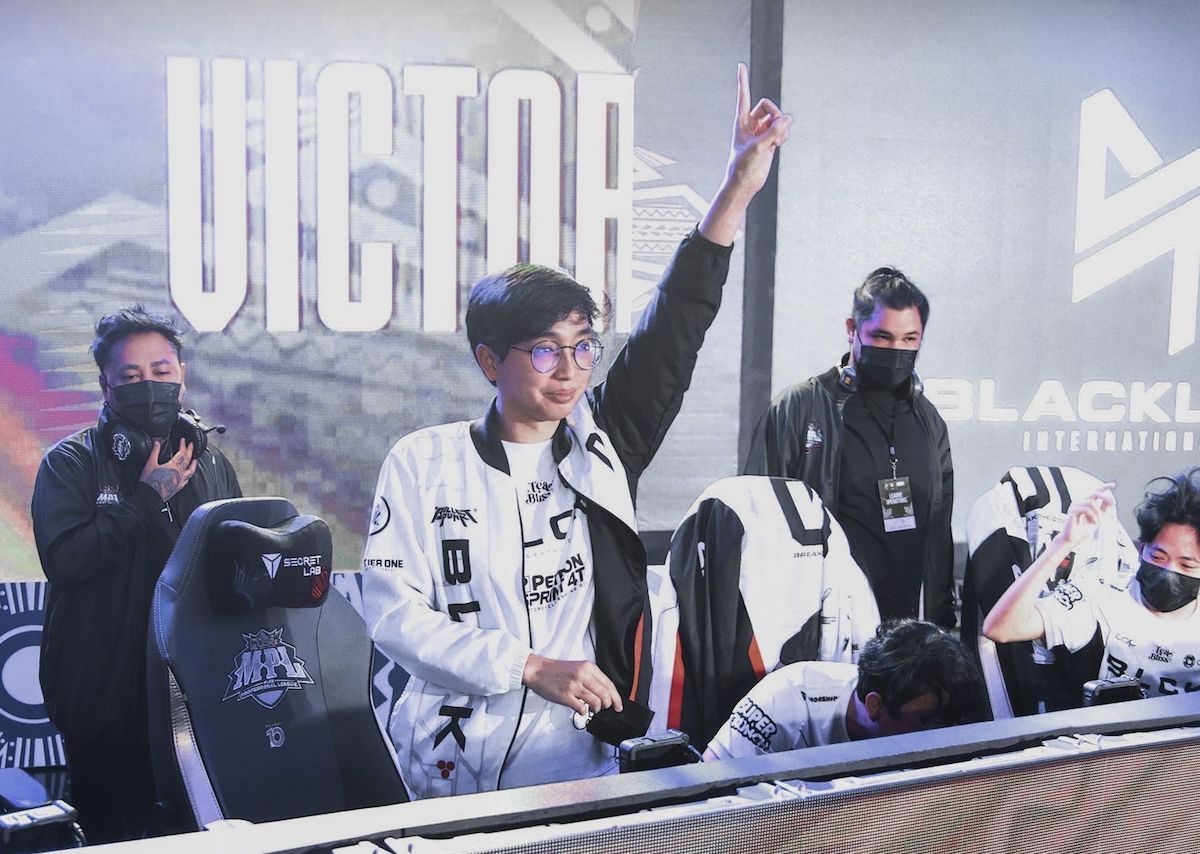 The reigning world champions punched their ticket to the M4 World Championship after securing their place in the grand final of Season 10 of the Mobile Legends Professional League Philippines on Saturday, October 22.

After missing the playoffs last season, Blacklist continued its redemption campaign by manhandling Echo in a swift 3-0 win in their best-of-five upper bracket final.

Echo lasted 26 and 20 minutes, respectively, in the first two games but eventually fell apart in Game 3, which Blacklist took in just under 14 minutes to complete the sweep.

Kiel “Oheb” Soriano starred in the series clincher with a perfect game of 4 kills and 2 assists on Claude as Blacklist dominated Echo with a kill score of 11-2.

Also composed of Johnmar “OhMyV33nus” Villaluna and Salic “Hadji” Imam, Blacklist is gunning for its third MPL Philippines crown in four seasons after ruling Season 7 and 8.

Echo can still qualify for the M4 World Championship, which will be staged in Jakarta, Indonesia in January next year, as it faces the winner between RSG Philippines and Bren Esports in the lower bracket final.

The winner of the lower bracket final will advance to the grand final to battle Blacklist for the title and the top prize of $35,000 (around P2 million). – Rappler.com