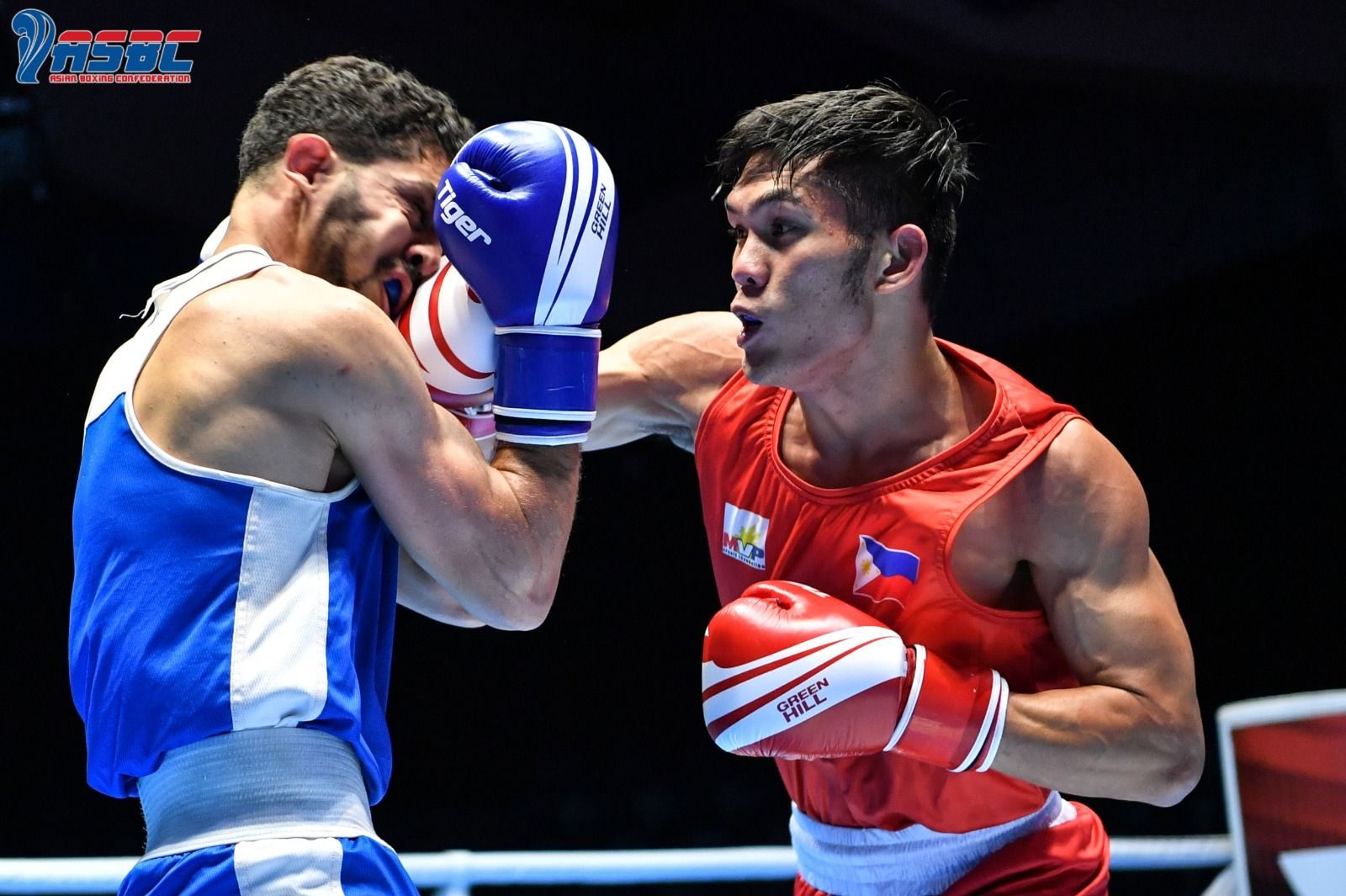 ON TARGET. Filipino James Palicte (right) connects with a crisp right hook against his Iraqi opponent Jaafar Abdulreal Sudani in the second round of their light welterweight match.

Bago City’s Palicte, 28, fighting at the 63.5 kg light welterweight class, bucked a rather listless first round to take the next two rounds as he picked up the pace against Iraqi Jaafar Abdulreal Sudani, clinching the bout, 4-1.

The 29 year-old veteran Fernandez, meanwhile, lost a close 3-2 decision  to the host country’s Yousef Iashash in their 57 kg featherweight match.

The Airman from Bukidnon fought a spirited fight, connecting with some snappy combinations but had his hands full as the wily Jordanian employed some unorthodox tactics to earn the nod of the judges from Morocco, Italy and Kyrgyzstan. Those from  Bulgaria and India saw the fight in favor of Fernandez.

ABAP coaches Don Abnett, Roel Velasco, and Gerson Nietes were at ringside for both fights.