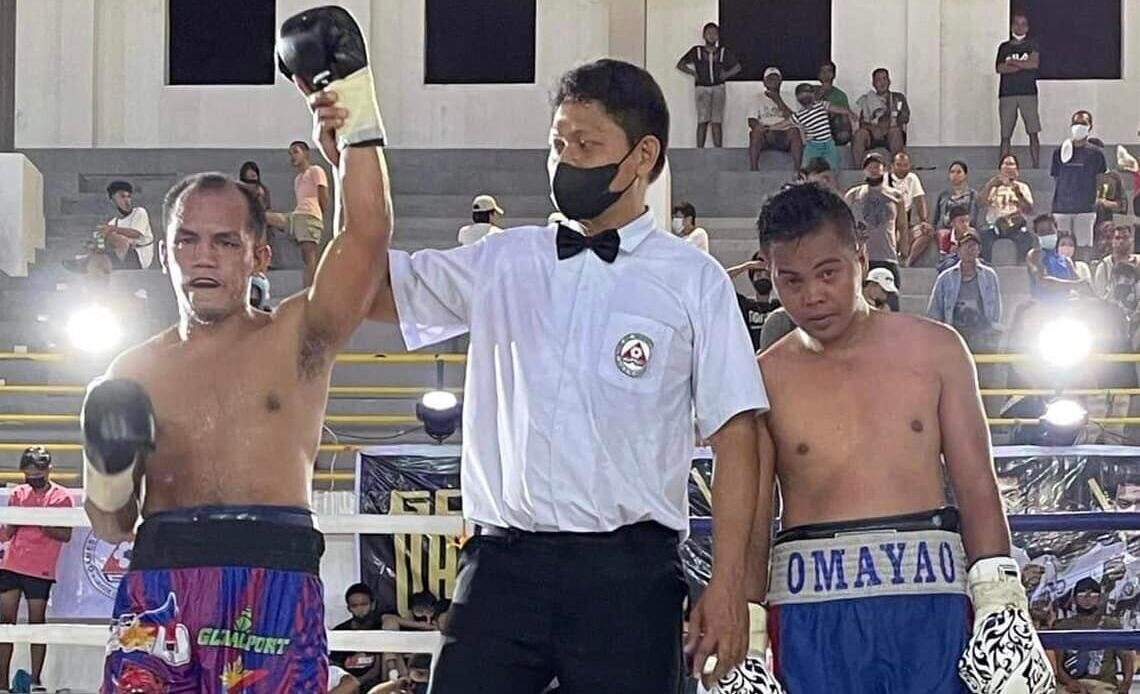 MANILA, Philippines – Ranged against an inferior opponent, Milan Melindo can still deliver. Whether he can slug it out against better rivals remains to be seen.

Showing glimpses of the form that made him a former world champion, Melindo stopped journeyman Cris Omayao in the seventh round late Saturday night, April 2, to mark his comeback in the Golpe de Valientes card at the Southern City Colleges Arena in Zamboanga City.

Punished by Melindo from the start, Omayao couldn’t answer the bell in the seventh round after receiving several punishing body blows from the former IBF, WBA, and WBC light flyweight titlist from 2015 to 2018.

It was Melindo’s first fight in the super bantamweight division after a two-year-layoff and three straight losses against Japanese foes.

“I just took a sabbatical since ALA Promotions disbanded,” Melindo said, who expressed his gratitude to Zamboanga sports patron Junnie Navarro, who promoted  the fight card, for giving him another chance.

“I’ve been in the sport since I was six years old and I’ve been competing non-stop until I was 32.”

Navarro, who runs the Zamboanga Valientes team in the VisMin Super Cup and chief backer of Jonas Sultan, intends to give Melindo some more fights to gauge whether there’s enough gas left in his tank.

Tanamor, floored John Sabellina twice with body shots and won 56 seconds into the third round.