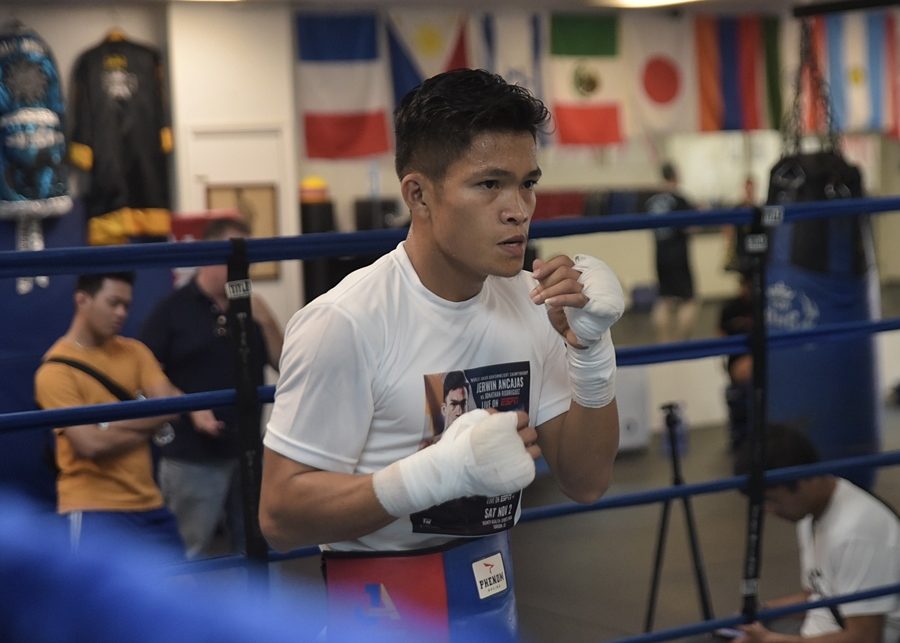 Tempers flared but the incident did not get out of hand as Capetillo & TM Boxing Gym owner Jorge Capetillo, who is close to Filipino fighters, intervened and patched things up between the two camps.

So as not to muddle up the issue as posts of the sparring session went viral, Ancajas later took to Joven Sports vlog of his coach, Joven Jimenez, to explain what really happened.

According to Ancajas, he knew that his spar mate is going to protect the body so he threw a left hook upstairs instead.

It landed on the jaw and his spar mate fell back but was held by the ropes. 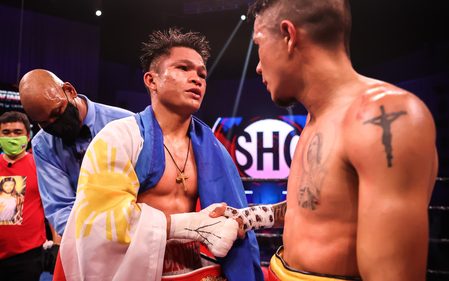 During the first round of his first sparring session in Las Vegas, Ancajas was having difficulty connecting on his taller and longer spar mate.

So what Ancajas did in the second round was bore in and concentrate his punches to the body.

The ploy worked as Ancajas took control and cornered his spar mate. Feeling that his spar mate is hurting, Ancajas eased up and stepped backward.

The spar mate, however, dared him to attack some more and Ancajas, hearing the word “go” from World Boxing Organization intercontinental bantamweight champion Jonas Sultan, obliged and landed the session-ending punch.

Ancajas said he apologized to his spar mate, the trainer, and his spar mate’s mother, who was also taking videos of their sparring.

The mother was even more understanding and told Ancajas that what happened was but a part of boxing and would teach her son a lesson.

Ancajas, who holds a 33-win, 1-loss-2 draw record with 22 knockouts, is in Las Vegas for the final phase of preparations for his 10th title defense against unbeaten Argentine Fernando Daniel Martinez (13-0, 8 knockouts) on February 26 at the Cosmopolitan Arena. – Rappler.com