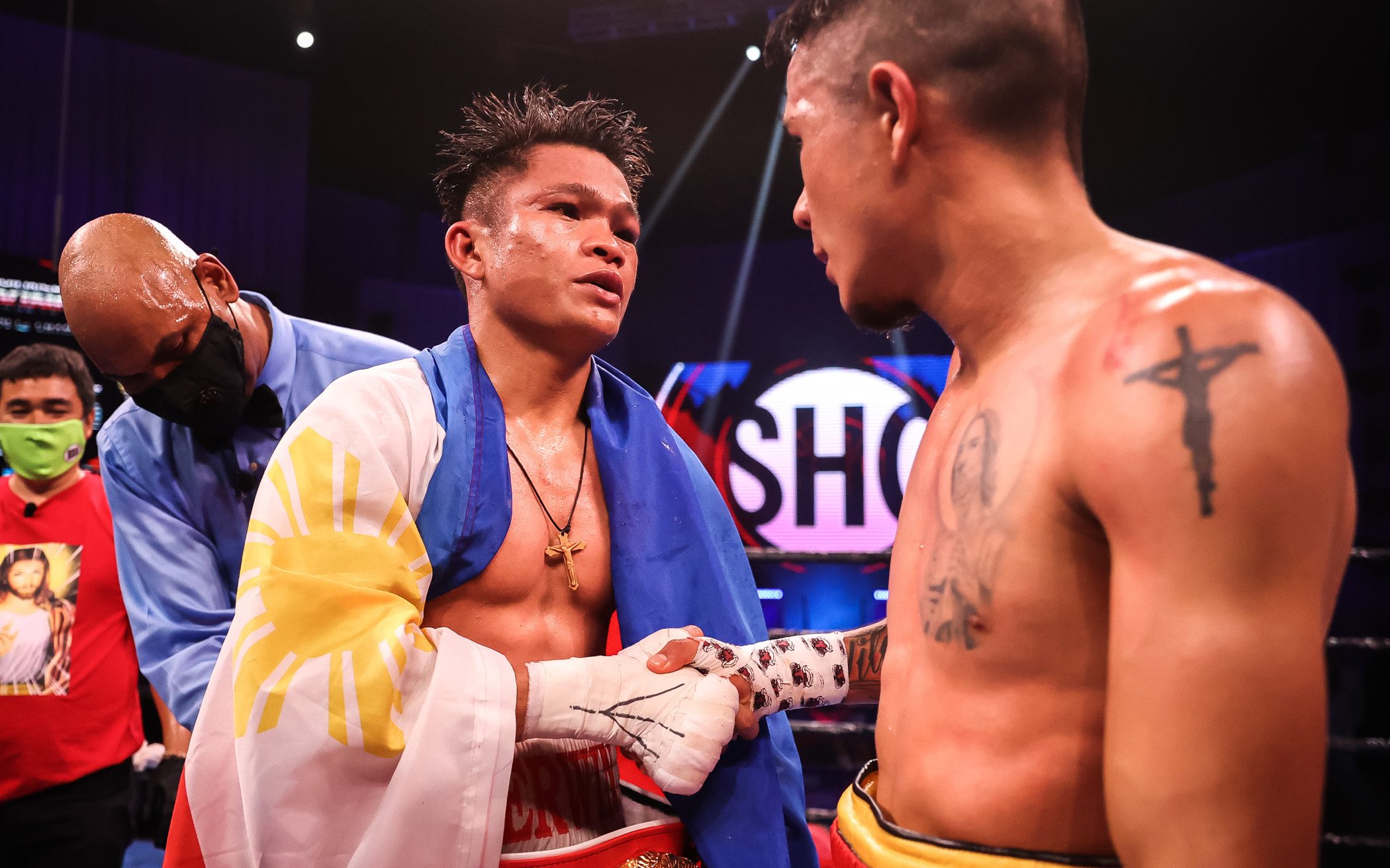 REIGNING CHAMP. Jerwin Ancajas vies to defend his crown for the 10th time.

Having trained in Los Angeles since September, Ancajas is already in fine form for his 10th defense of the 115-pound belt he snatched from McJoe Arroyo on September 3, 2016.

“Jerwin’s around 92 to 93% [conditioned] already,” said Joven Jimenez, Ancajas’ longtime trainer. “All he needs to do is maintain his focus for the task at hand.”

According to Jimenez, the unbeaten Martinez (13-0, 8 knockouts) is a legit threat to Ancajas’ reign, now the longest among current champions following the loss of World Boxing Council featherweight king Gary Rusell Jr. to Mark Magsayo on January 22 in Atlantic City, New Jersey.

“Martinez is an Olympian (2016 Rio de Janeiro) and former national junior champion as an amateur,” said Jimenez. “He can also fight inside and out so he’s no pushover.”

Jimenez expects Martinez to bore in as the pride of Buenos Aires is 2 1/2 inches shorter than the 5-foot-6 Ancajas.

“We’ll be ready for that as Jerwin is comfortable counter-punching.”

Ancajas went as high as 10 rounds in sparring, but is now down to six rounds at the famed Wild Card Boxing Gym of Fredie Roach in Hollywood.

Ever helpful, Ancajas sparred with Magsayo a few weeks before his title duel with Russel. Ancajas also sparred with countryman Jeo Santisima, who is preparing for a bout with Joel Gonzales on March 4, and a Russian prospect.

Other than keeping his title, Ancajas is highly motivated to beat Martinez because Japanese Kazuto Ioka is waiting for him in Japan. They were supposed to clash in a unification on New Year’s Eve but the fight got scrapped due to strict travel restrictions imposed by Japan after a surge of Omicron-caused infections worldwide.

“If Jerwin wins, we’ll be fighting Ioka next in May or June,” said Jimenez. – Rappler.com