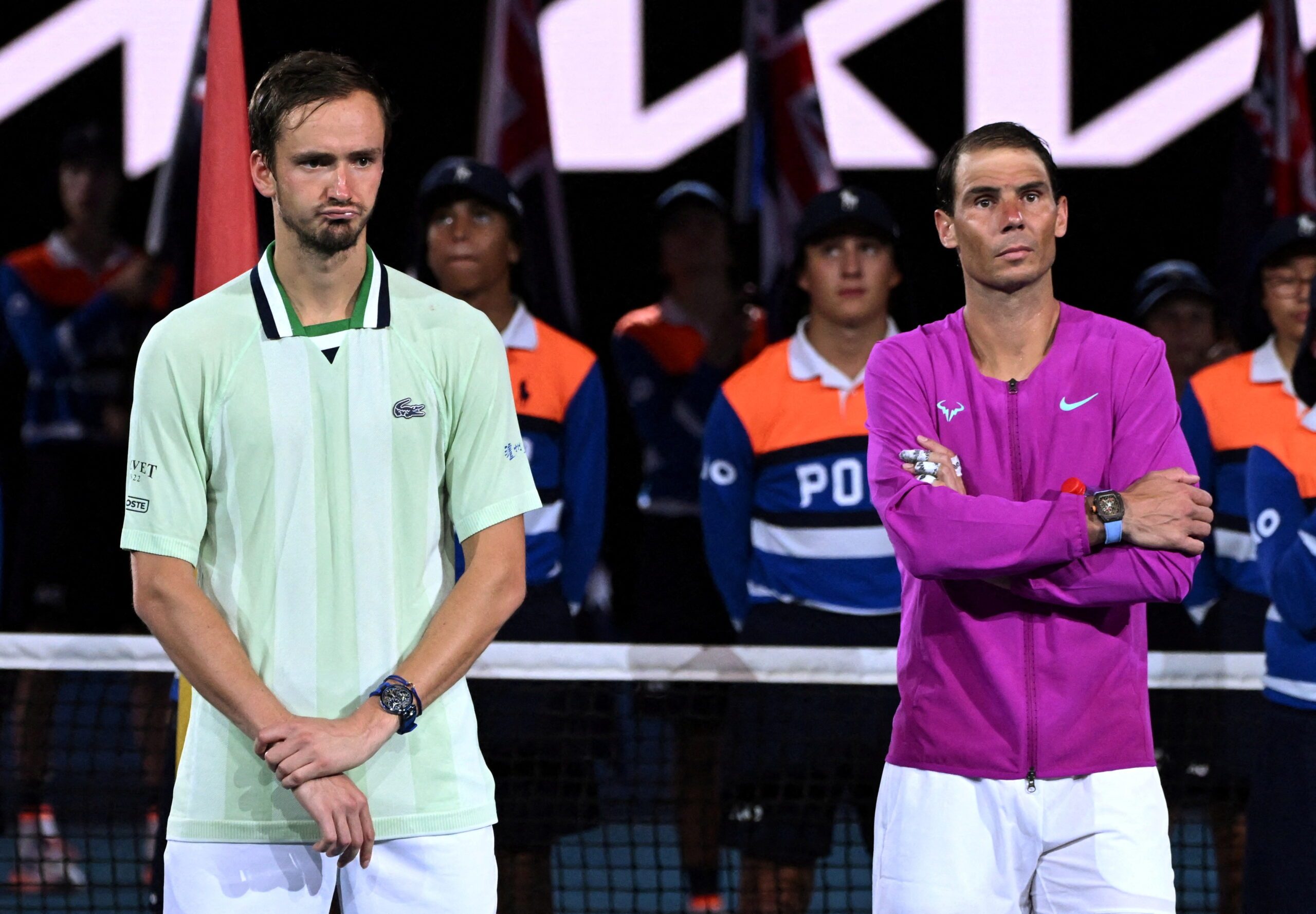 As Daniil Medvedev began to absorb the reality of the most testing loss of his career, the Russian was crestfallen over the lack of support he received in the Australian Open final.

For half of the decider against Rafael Nadal, Medvedev appeared to have a second Grand Slam title on his racquet as he blasted winners from the baseline past the ageing champion.

“Before Rafa serves even in the fifth set, there would be somebody … like one guy screaming, ‘C’mon, Daniil’,” he said.

“(But) a thousand people would be like ‘Tsss, tsss, tsss’. That sound. It’s disappointing. It’s disrespectful. I’m not sure … I’m going to want to play tennis.”

The world No. 2 has been cast as the pantomime villain of this Australian Open.

At different stages he has appeared to thrive on the negative energy directed towards him, just as he did at the US Open in 2019, another five-setter against the Spaniard.

He was beaten in that match in New York as well, but by the time he reached the decider, Medvedev had won the crowd back and enjoyed a grudging level of support.

This was less evident in Melbourne, where the behavior of the fans has been controversial and widely debated.

The catcalls kept coming for Medvedev, who appeared to be tasked with beating both Nadal and the near capacity attendance supporting him in his bid for a historic 21st major title.

Medvedev seemed to play up the crowd for a period, just as he had done in earlier matches. He was belligerent too, both with the umpire and also with the ball kids, which scarcely earned him any friends.

By the third set, as the decider started to turn after three opportunities to break Nadal for a 4-2 lead went begging, it was clear he was fed up.

When Tennis Australia president Jayne Hrdlicka was praising him during the post-match presentation, he was captured on camera shaking his head and saying “boring” repeatedly.

During his runner-up speech, the 25-year-old spoke with bravado while praising his conqueror as an “amazing champion”.

But he notably made no reference to the crowd at all.

He started his press conference by telling a lengthy story about a young boy with big dreams who always wanted to play on the biggest stadium courts of the world.

By virtue of his excellence, Medvedev has delivered on those dreams, with his appearance on Sunday in his fourth Grand Slam final.

Just as Novak Djokovic has lamented the difficulty of winning support from the crowd when pitted against Roger Federer or Nadal, the reigning U.S. Open champion experienced a bitter lesson on Sunday: Crowds love a hero, and the greats who have been around for longer will always have their support.

Nadal expressed sympathy for his opponent. He was just as certain Medvedev would add to his Grand Slam tally in the future as he was that the Russian would one day have their support, too.

“Tonight was crazy for me. But I really believe that he has a great future in front of him. He is going to feel this love of the crowd in the future, no, because he deserves it,” he said. – Rappler.com