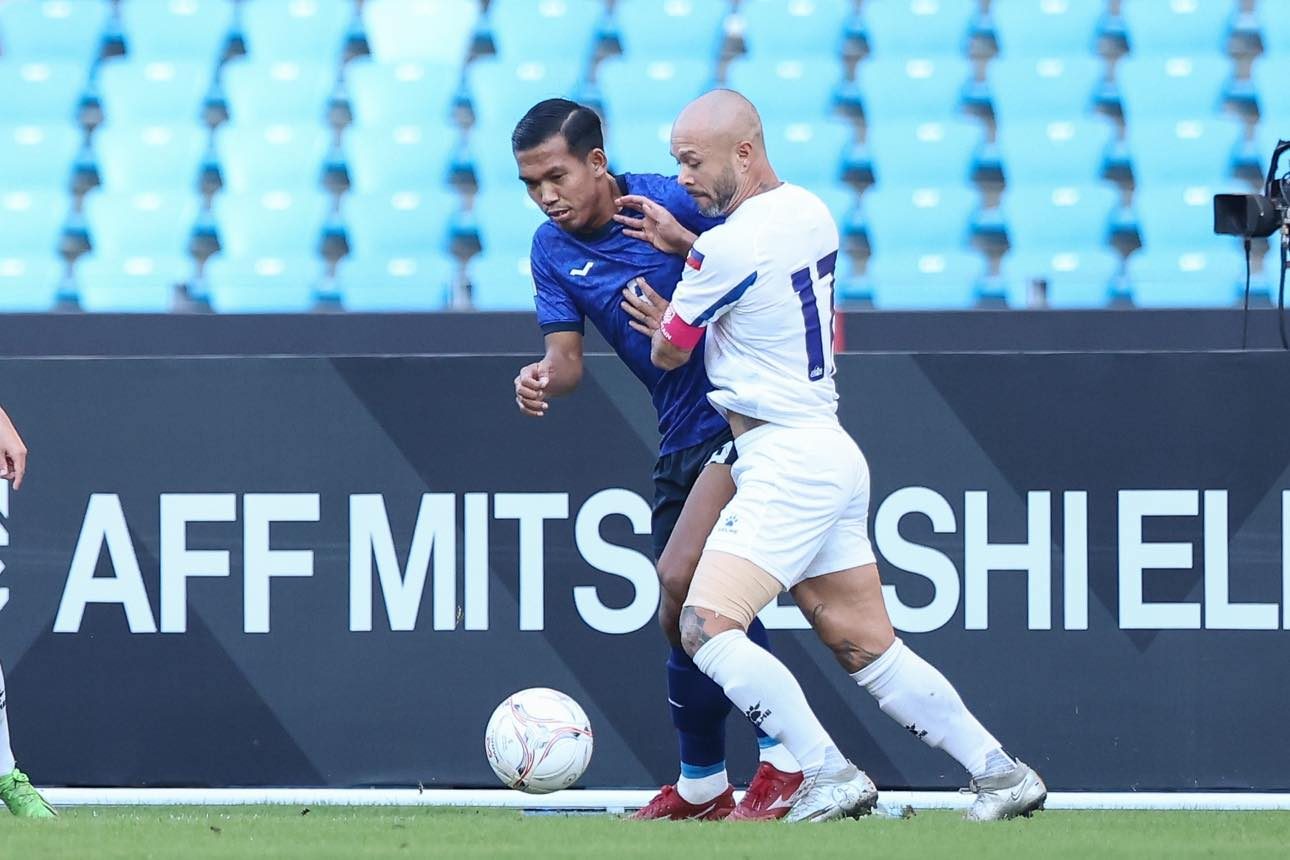 MANILA, Philippines – The Philippine Azkals kicked off their 2022 AFF Mitsubishi Electric Cup campaign with a 3-2 defeat to Cambodia on Tuesday, December 20, at the Morodok Techo National Stadium in Phnom Penh.

Reung Bunheing opened the scoring festivities at the 16th minute by poking home Seut Baraing’s cross from the left wing.

Bunheing slipped in between Amani Aguinaldo and Jefferson Tabinas to connect with Baraing’s sumptuous cross from close range.

Philippines’ goalkeeper Kevin Hansen narrowly missed the ball as it slipped and bounced underneath his stretched left leg.

At the 41st minute, Kenshiro Daniels reacted the quickest to get the rebound off an Arnel Amita long-range shot and easily tapped in the ball past Keo Soksela, the Cambodia goalkeeper, to cut the deficit to a single goal, 1-2.

The Azkals found their equalizer after Aguinaldo produced a wonderful lobbed through ball for Daniels, who was running down the middle towards the penalty box.

Daniels chased the ball brilliantly and drilled in an accurate right-footed shot to beat the Cambodia goalie at the 55th minute, 2-2.

Bunheing also got his brace after he immediately responded to the Philippines’ equalizer with a header at the 59th minute to grab the lead back for Cambodia, 3-2.

The absence of several high-profile players such as goalkeeper Neil Etheridge, winger Gerrit Holtman, and naturalized forward Bienvenido Marañon seemingly affected the Azkals as they lacked concrete control of the ball, and failed to produce goal scoring chances for the majority of the first half.

Ferré, a 39-year-old head tactician from Spain, employed a 4-4-2 formation in his competitive coaching debut for the Azkals, and fielded a mix of veteran players and youngsters.

The Azkals backline was in shambles early on as the Filipinos faced multiple shot attempts from the home team inside the first 10 minutes.

Cambodia had 53.2% of the possession in the first 45 minutes and almost had a chance to add a third goal just before the halftime whistle, but the referee waved off the penalty shout of the Cambodians as he did not think that the tumble of Lim Pisoth inside the box warranted a spot kick.

The Philippines came alive in the second half as the Filipinos moved better and created plenty of goal scoring opportunities.

Stephan Schröck, the Azkals team captain, had a golden chance to equalize the match at the 66th minute, but his left-footed shot was parried out by Soksela for a corner kick.

Hansen was then called into action 4 minutes later as he deflected Sieng Chanthea’s shot that also resulted in a corner kick.

Substitutes Jesus Melliza, Jarvey Gayoso, and Pocholo Bugas were inserted inside the final 27 minutes of the match, but they weren’t able to help salvage a point for the Philippines.

Gayoso was the closest Azkals substitute to notch an equalizer, but his header in added time was comfortably saved by the Cambodia keeper.

The Azkals will look to bounce back from the loss on Friday, December 23, when they take on Brunei at 6 pm at the Rizal Memorial Stadium in Manila. – Rappler.com