SALT BAE. Turkish celebrity chef Nusret Gokce has a massive following on social media, with his popularity helping launch his chain of restaurants.

FIFA has launched an investigation into how individuals gained “undue access” to the pitch following the World Cup final after images and videos of Turkish celebrity chef Nusret Gokce celebrating with Argentina’s players went viral on social media. 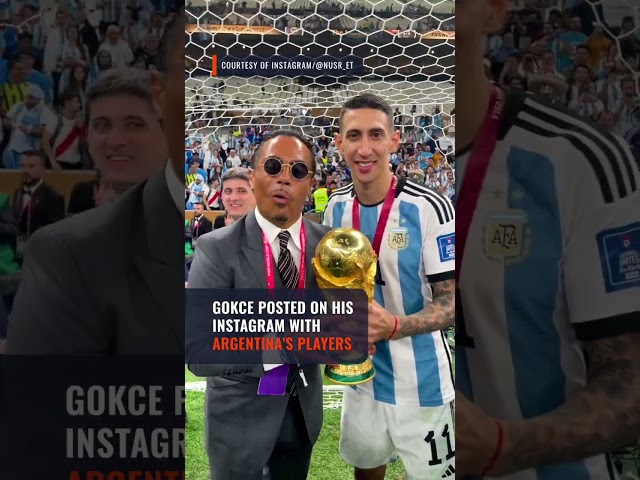 Gokce, who owns a chain of restaurants and is known as “Salt Bae” for his theatrical style of sprinkling salt on his steaks, posted videos and photos on his Instagram page of himself with Argentina’s players after their win over France in the final.

He was also photographed holding the World Cup trophy. According to FIFA’s website, the trophy can only be touched by a “very select group of people,” including former winners and heads of state.

“Following a review, FIFA has been establishing how individuals gained undue access to the pitch after the closing ceremony at Lusail Stadium on 18 December,” world soccer’s governing body said in a statement.

“The appropriate internal action will be taken.”

Gokce went viral in 2017 after posting videos of himself salting meat with a cobra-like manoeuvre.

He has nearly 50 million Instagram followers and has helped launch Nusr-Et restaurants, which charge several hundred dollars for some cuts of meat, in a number of locations across the world.

The restaurateur has been pictured with several footballers and other celebrities at his restaurants, including Robert Lewandowski and Kylian Mbappe.

He posted a video of a previous meeting with Messi to his Instagram earlier this week. – Rappler.com