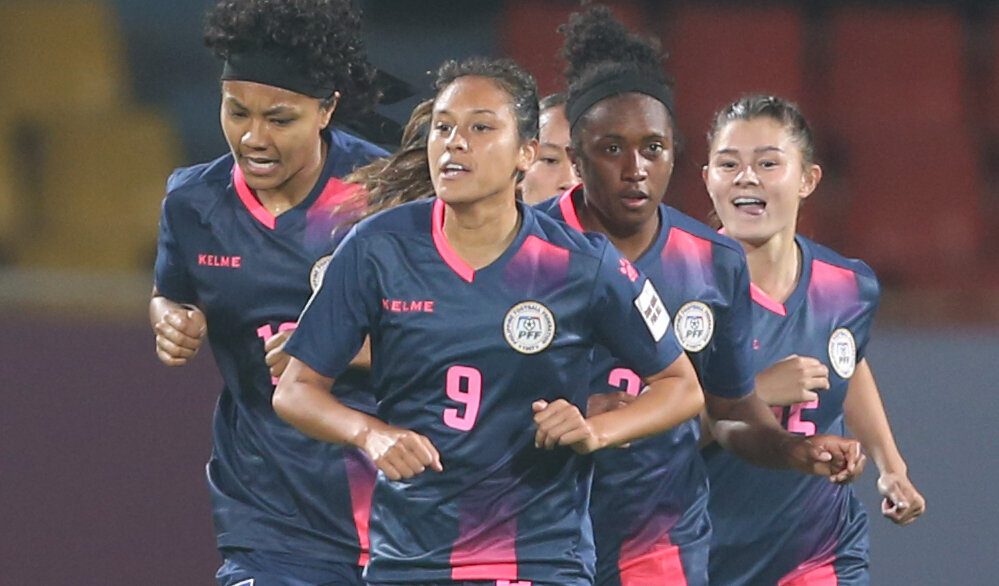 But on Sunday night, January 30, the Filipinas can achieve one of the biggest accomplishments in Philippine football history if they overcome Chinese Taipei in the quarterfinals.

A win will not only put the Filipinas in the semifinal round of the Asian Cup, but it will also give them a maiden FIFA Women’s World Cup berth – the major reward at stake for the tournament semifinalists.

While Philippine head coach Alen Stajcic already feels proud of the “little bits” of history the team made, he said the quarterfinal match against Chinese Taipei is a “crunch game.”

“I think every player on the field will have nerves and that’s normal,” said the Australian-born tactician.

“The team that handles the nerves better will probably start better, but it doesn’t mean you finish better. I think it’s gonna be a really even game.”

The Philippines never qualified for the World Cup while Chinese Taipei last reached the most prestigious football tournament in 1991.

“I think it’s a spectacular game and what an unbelievable occasion for both countries to try and get to the next FIFA World Cup in Australia or New Zealand,” said Stajcic.

Both teams will head into the knockout match in good form as the Philippines breezed past Indonesia, while Chinese Taipei overpowered Iran, 5-0, in their last group stage match.

Showing impressive grit, the Filipina booters sandwiched their loss to Australia with contrasting wins over Thailand and Indonesia

The Filipinas snatched a late 1-0 victory over Thailand – their first triumph against their regional rival after 13 tries for the past years.

Six days later, the Philippines recorded its highest winning margin in an Asian Cup match by blanking Indonesia, 6-0. With the win, the Filipinas advanced to the knockout round for the first time.

Just like the Philippines, Chinese Taipei finished second in its group with 3 points and a +1 goal difference. However, the Taiwanese only played two games in Group A because India had to withdraw as the team was struck by COVID-19.

Li-Chin Lai is the Asian Cup 2022 top scorer of Chinese Taipei with three goals, while Yen-Ping Chen and Hsiang-Huei Wang are the two other players who have scored for the squad.

Group A table-toppers China comfortably beat Chinese Taipei in its group stage clash last January 20 and is currently the only team in the tournament that kept a clean sheet against the Taiwanese.

Philippine defender Dominique Randle aims to change that, though, as she is set for a fourth consecutive start at the backline.

“At least defensively we’ve been really focused on staying locked in, trying to make sure that our technique is great and really holding ourselves accountable for the 90 minutes,” said the 27-year-old defender.

Randle has impressed with her smart defending, but she credits everyone on the team for earning two clean sheets in three matches.

“I think all of us on the field, whether you’re a defender or you’re an attacker, have that defensive mentality,” she said. “We really focused on again winning our battles, recoveries, and covering for each other.”

Should Randle and her teammates lose their defensive focus and fall to Chinese Taipei, they will still have a chance to claim a 2023 World Cup spot through a playoff tournament with the losers of the quarterfinal round. But the format will depend on the result of Australia’s match versus Korea as the former is already assured of a slot due to its co-hosting duties.

If Australia defeats Korea and advances to the semis, the four losers of the quarterfinals will have a one-round playoff matchup. The two winners of this playoff format will each secure a World Cup slot, while the two losers will be sent to a 10-team inter-confederation competition for a chance to grab one of three available slots.

If Australia loses in the quarters, they will still qualify for the World Cup leaving the three other losers to scramble for the last spot.

The three losers will have a round-robin playoff and the best team to finish in that format will claim the last available World Cup slot, while the two losers will be sent to a 10-team inter-confederation competition just like in the previous playoff format.

Avoiding these messy scenarios must be the Filipinas’ priority as they battle the Taiwanese on Sunday, January 30, at 10 pm, at the Shiv Chhatrapati Sports Complex in Pune, India. – Rappler.com