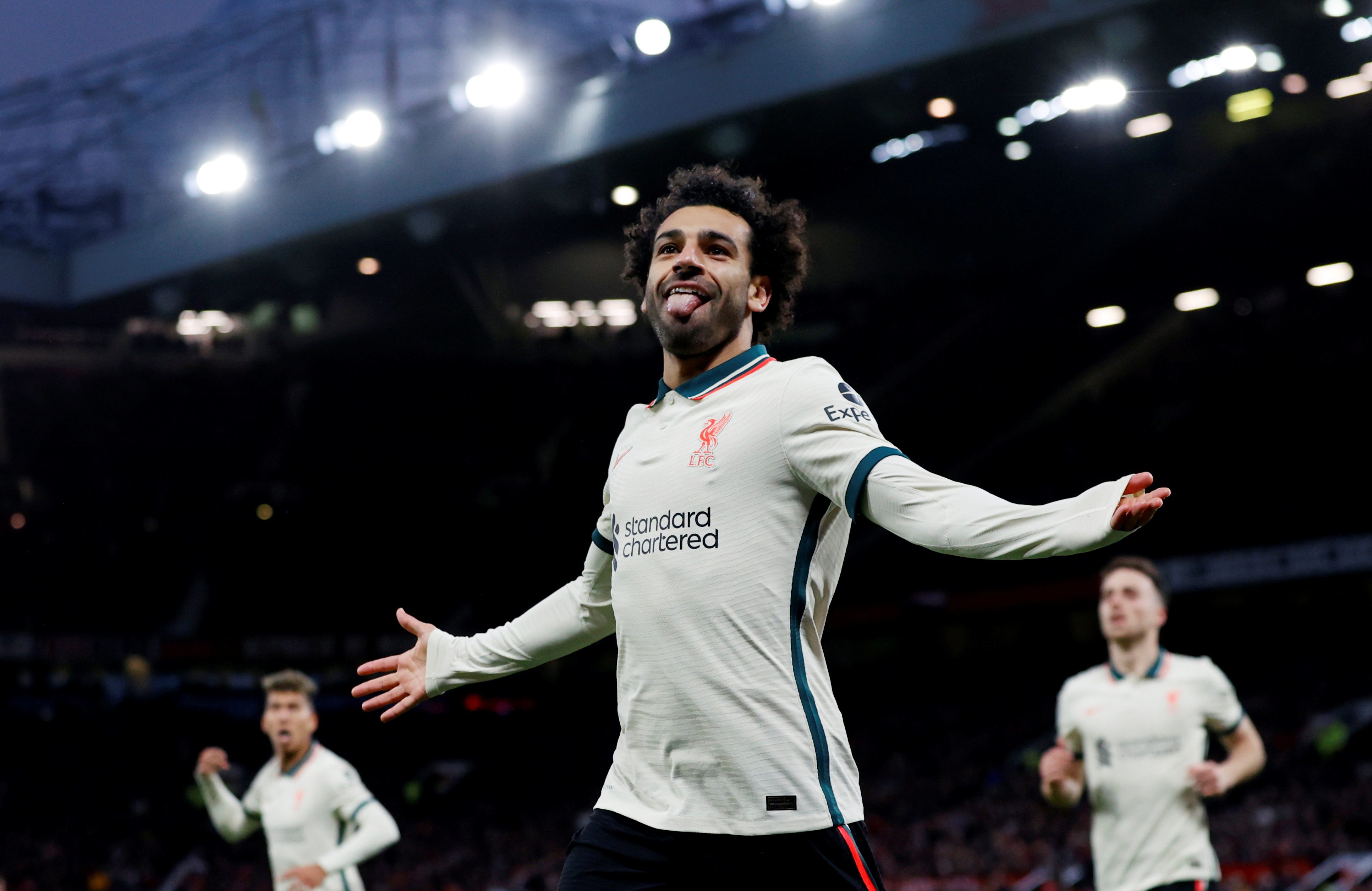 Facebook Twitter Copy URL
Copied
‘This group always wanted to write their own little chapters in the big, big history book of this club,’ says manager Juergen Klopp as Liverpool scores its biggest ever win at United

Liverpool ripped apart Manchester United as they powered to a 5-0 win at Old Trafford in the Premier League on Sunday, October 24, a result which their manager Juergen Klopp described as “insane.”

Mohamed Salah scored a hat-trick for Liverpool, extending his scoring record to 10 straight games in all competitions, but Klopp was full of praise for the whole of his attack.

“What we did in the last third was insane. Pressing high, winning balls, scored wonderful goals,” he said.

“The result is insane, I asked if there was one like this in history and if there isn’t then it will take a while, added the German, whose team remain a point behind leaders Chelsea.

“5-0, I couldn’t be happier, it is exceptional. Absolutely outstanding,” he said.

It was Liverpool’s biggest ever win at United and Klopp said it would be remembered as one of the club’s great results.

“This group always wanted to write their own little chapters in the big, big history book of this club. This one was a little one tonight, a little chapter. People will talk about it in the future, 100%, because it will not happen very often, if it happens again at all,” said Klopp.

As so often, Liverpool’s front three was on fire but the entire team looked in the kind of form that saw them win the title in 2020.

“We were clinical, we were ruthless, our high press was outstanding, we really won balls in great areas, the formation was top and all these kind of things you want to see as a coach, worked out really great,” said Klopp.

“The difference is now that you usually don’t score with each situation you have pretty much, but that’s what we did and why we were 4-0 up at half-time. Second half, early 5-0 and the red card, game over, so then just control it and try to get home healthy,” he said.

The only negative for Klopp was that James Milner and Naby Keita picked up injuries in the second half.

“Our fans were, once again, amazing in their constant support. They deserve better than this, much better, and it’s up to us to deliver. The time is now!”

Defender Luke Shaw, who made a series of defensive errors alongside captain Harry Maguire on Sunday, echoed Ronaldo’s comments.

“We are extremely disappointed, it is not good enough and it hurts a lot,” Shaw told the club website. “I think football is obviously a team sport, we are in it together and we are all together.

“But I think, as individuals, we need to take responsibility for some of the actions tonight (Sunday)… I have not been at my best and I know that, for maybe the last few weeks, so I need to reflect on that.” – Rappler.com