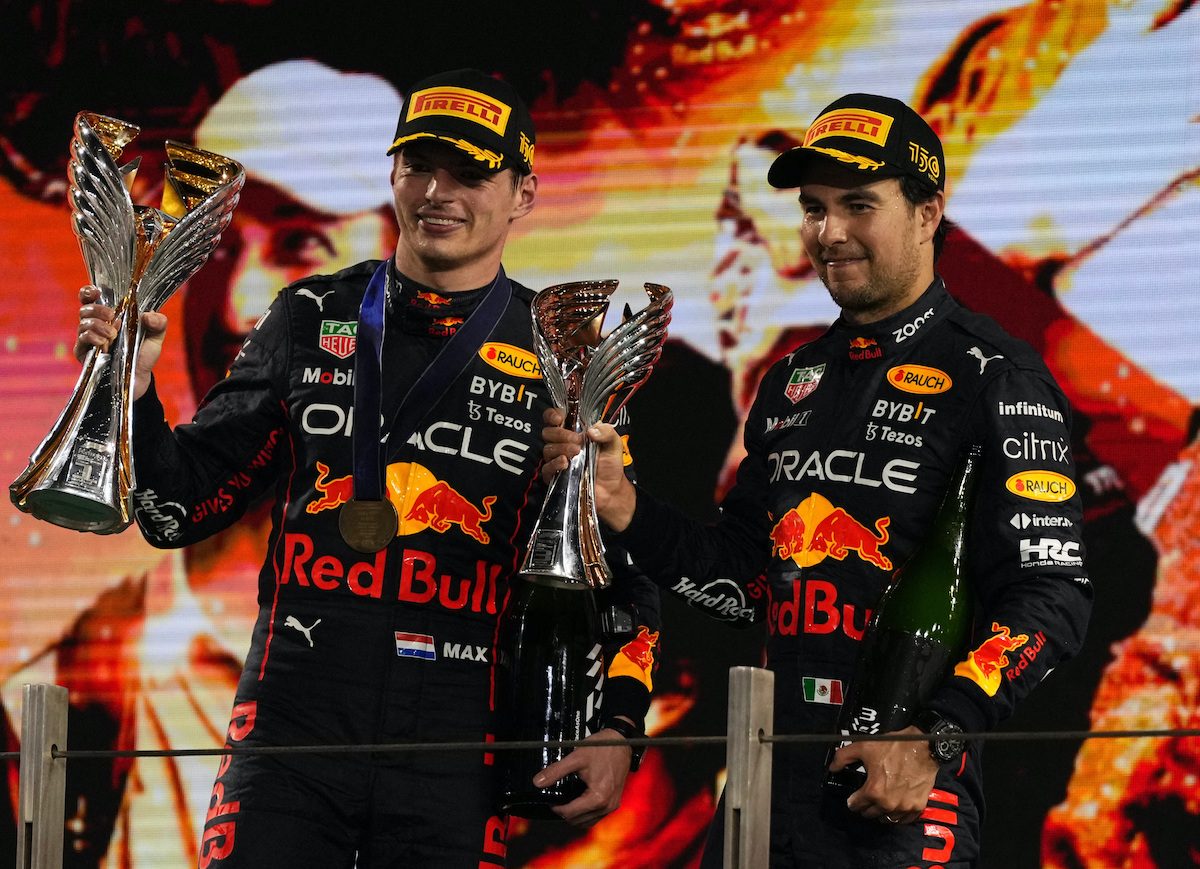 ABU DHABI, UAE – Double world champion Max Verstappen signed off on a dominant 2022 Formula One campaign with a record-extending 15th win of the year in the season-ending Abu Dhabi Grand Prix on Sunday, November 20, as Charles Leclerc secured second in the overall standings.

The Dutchman, who wrapped up the title last month in Japan with four races to spare, was unchallenged as he led from pole position to checkered flag.

He crossed the line 8.7 seconds ahead of Leclerc, who having made just one stop, held on to second ahead of Verstappen’s two-stopping teammate Sergio Perez to edge him in their battle for the overall runner-up spot.

The pair had gone into the race level on points, with Leclerc ahead on a countback of wins.

Sunday’s victory was the 35th of Verstappen’s career and third in a row at the Yas Marina track.

However, unlike last season, it was a straightforward race that required no safety car interruptions.

“It’s been really enjoyable to achieve something like this this year, I know it will be hard to replicate but it is good motivation to try and do the same next year.”

Perez, who completed a front row lockout for Red Bull in qualifying, was unable to hand the team a one-two finish on Sunday.

He chased down Leclerc at the end on fresher tires but, delayed by slow moving backmarkers, ran out of laps.

“It’s how it is sometimes,” said Perez.

“At the end of the day, I have to be happy as I gave it my all and I’m sure we’ll be back stronger next year.”

“I knew the only way to beat Checo was with a different strategy.”

Carlos Sainz, who went wheel-to-wheel with Lewis Hamilton early in the race, was fourth for Ferrari ahead of Mercedes racer George Russell, who served a five-second time penalty for an unsafe release from his pitstop.

Seven-time world champion Hamilton had his hopes of keeping intact his record of winning a race every season dashed by a hydraulics failure.

The Briton pulled into the pits to retire his Mercedes on the 55th of the race’s 58 laps.

Mercedes’s misfortunes, a week on from taking a resurgent one-two in Brazil, meant the formerly dominant champions were unable to overhaul Ferrari and had to settle for third behind the Italian team in the overall standings.

Sebastian Vettel scored the final point in 10th on what has been an emotional swansong weekend for the Aston Martin driver.

The German raced hard from his ninth-place grid spot but a long first stint compromised him and dropped him down the field.

He signed off with some tire smoking donuts on the start-finish straight.

Daniel Ricciardo took points in his last race for McLaren with a ninth-place finish.

Fernando Alonso, replacing Vettel at Aston Martin next year, failed to finish his last race for Alpine but the French manufacturer still secured fourth in the overall team standings ahead of McLaren.

Mick Schumacher, out of a drive next season after being replaced by Nico Hulkenberg at Haas, finished 16th ahead of teammate Kevin Magnussen.

He survived contact with Williams driver Nicholas Latifi, also out of a drive next year, that tipped both cars into a synchronized spin. – Rappler.com