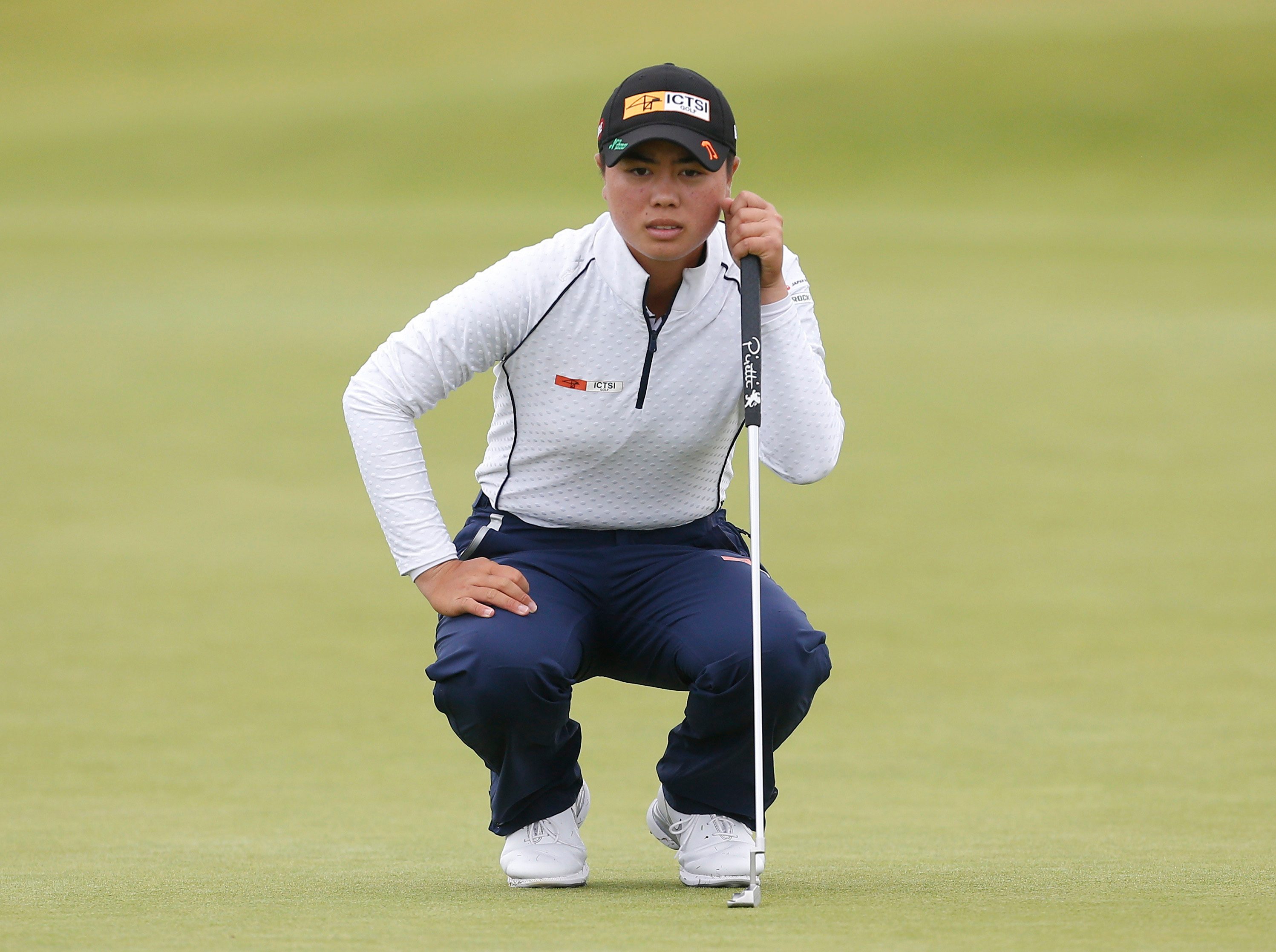 RECALIBRATE. Yuka Saso hopes to bounce back in the fourth round of the AIG Women's Open.

Filipina golfer Yuka Saso fell out of the top 10 at the end of the 2021 AIG Women’s Open third round on Saturday, August 21 (Sunday, August 22, Manila time) at the Carnoustie Championship Course in Scotland.

After sustaining her hot start in the first half of the LPGA major, Saso fired a two-over par 74, which put her at joint 27th with five others after 54 holes.

She will enter the fourth and final round with a total of three-under par 213.

The 20-year-old committed three bogeys in the 2nd, 10th, and 12th holes, but managed to salvage the third round with a birdie in the 14th after dropping to joint 32nd momentarily.

The top spot now seems up for grabs as Sweden’s Anna Nordqvist and Nanna Koerstz Madsen of Denmark share the top spot with a total of nine-under par 207.

Nordqvist stormed to the top of the table with a seven-under par 65 marked by seven birdies, while Madsen sustained her momentum with a four-under par 68.

American Lizette Salas is a stroke behind at eight-under par 208 and took the solo third spot.

Saso, the 2021 US Women’s Open champion, is aiming for her second LPGA major title in the tournament after representing the country in the Tokyo Olympics where she finished at joint ninth. – Rappler.com