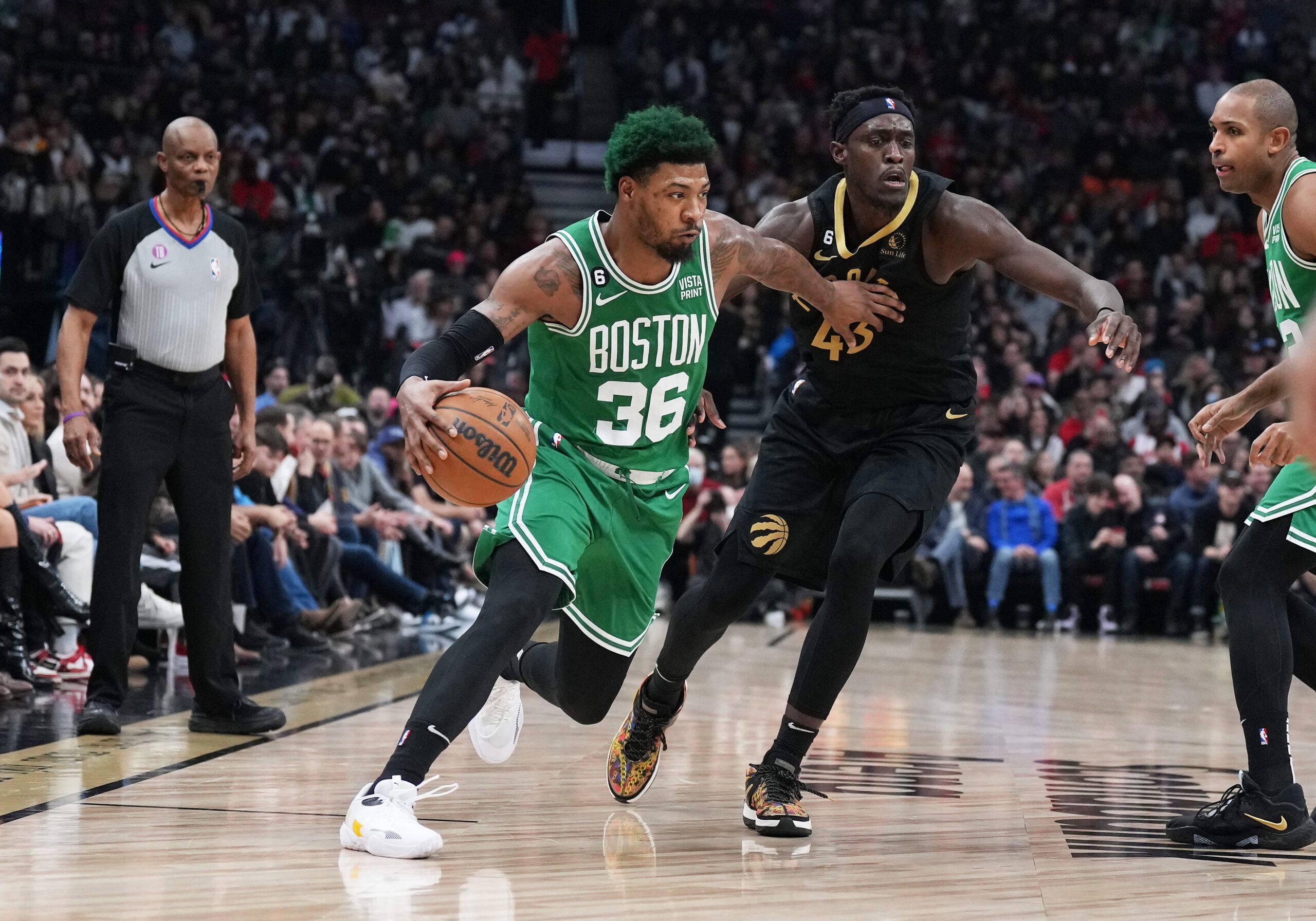 ON A ROLL. Celtics guard Marcus Smart tries to get past Raptors forward Pascal Siakam.

Facebook Twitter Copy URL
Copied
Even minus Jayson Tatum, the Celtics match their longest winning streak of the season at nine games

Reserves Grant Williams added 25 points and Malcolm Brogdon scored 23 for the Celtics. Payton Pritchard scored all 12 of his points in the fourth quarter.

The Celtics were without Jayson Tatum (wrist), and the Raptors did not have Fred VanVleet (rib).

Boston lost two players during the game. Marcus Smart (sprained right ankle) was helped off the court with 9.7 seconds left in the first half and did not return; Robert Williams III (knee) did not return for the second half. Each had two points.

Toronto’s OG Anunoby (ankle) left the game during the third quarter and did not return. He scored 12 points.

Toronto took a four-point lead into the fourth quarter, when Boston opened the quarter with a 9-0 run for a 90-85 advantage.

Toronto led 27-26 after one quarter after being ahead by as many as 11 points.

The Celtics opened the second quarter with a 7-2 surge. Achiuwa’s layup gave Toronto a two-point lead with 4:01 left in the quarter. The lead reached 8 on Siakam’s dunk after Trent’s steal with nine seconds to play. Toronto led 57-50 at halftime.

Brogdon made four straight points to cut the lead to three with 6:50 to play in the third quarter. Siakam’s 7-footer after Achiuwa’s block gave Toronto a seven-point lead with 4:11 remaining in the third.

Brogdon’s three-pointer reduced the margin to one with 1:57 left. Toronto responded with a 4-0 spurt. Toronto led 85-81 after three quarters. – Rappler.com