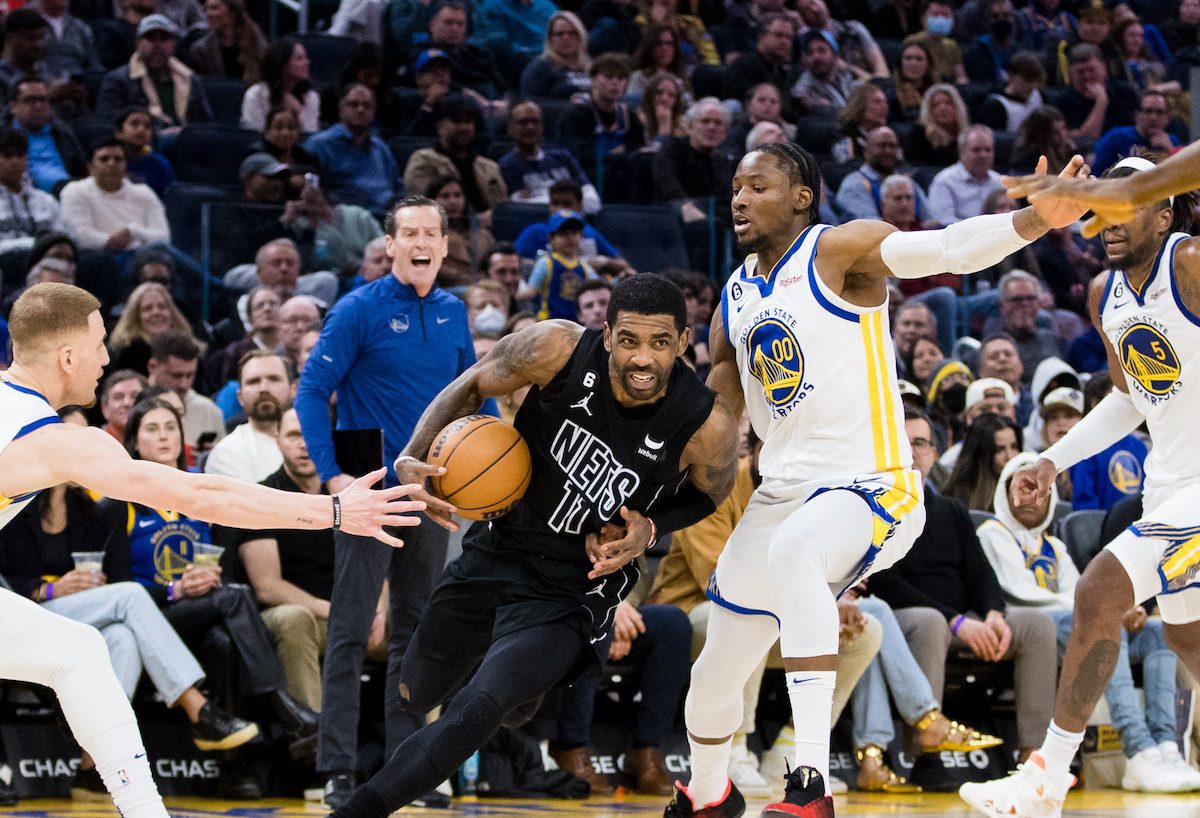 GUTSY. Kyrie Irving and the Nets once again overcome the absence of Kevin Durant as they turn back the Warriors.

With the win, Brooklyn completed a two-game sweep of the season series against the Warriors.

Irving won a scoring duel with Stephen Curry 38-26 and got a lot more help from his fellow starters as the Nets won their second straight after beginning their five-game trip with back-to-back losses.

Surviving the potential embarrassment of continual intentional fouling on him, Nic Claxton made six of his 15 foul shots en route to a 24-point, 15-rebound double-double for Brooklyn, which was playing once again without an injured Kevin Durant.

After leading for most of the first half, only to see the Nets draw even in the third quarter, the Warriors used superior play from their bench to build a 110-98 advantage on a Jonathan Kuminga layup with 5:42 remaining.

The Nets dominated the finish, however, using a nine-point burst that featured 7 points from Claxton to get within arm’s length, then a Joe Harris three-pointer to pull into a 112-all tie with 1:52 to go.

Two free throws by Curry gave the Warriors one last lead at 116-115 with 1:12 to go, but O’Neal turned Irving’s ninth assist into the biggest hoop of the night. The star guard then hit his two foul shots after Klay Thompson’s attempt at a go-ahead three-pointer was off the mark with 20.1 seconds left.

O’Neale finished with 16 points, Harris 14 points, and Seth Curry 12 for the Nets, who got 99 points from their starters. Another starter, Ben Simmons, added a game-high 11 assists and 7 points to the cause.

The Nets’ bench chipped in with just 21 points, which was one more than Kuminga had for the Warriors on a four-man reserve crew that totaled 50 points.

Kevon Looney (14 points) and Donte DiVincenzo (13) also scored in double figures off the Golden State bench, while starters Jordan Poole and Thompson had 17 and 10 points, respectively.

Looney completed a double-double with 10 rebounds, while DiVincenzo had a team-high 8 assists.

Draymond Green contributed 9 points, 11 rebounds, and 7 assists to the loss, which was Golden State’s fourth straight at home. – Rappler.com