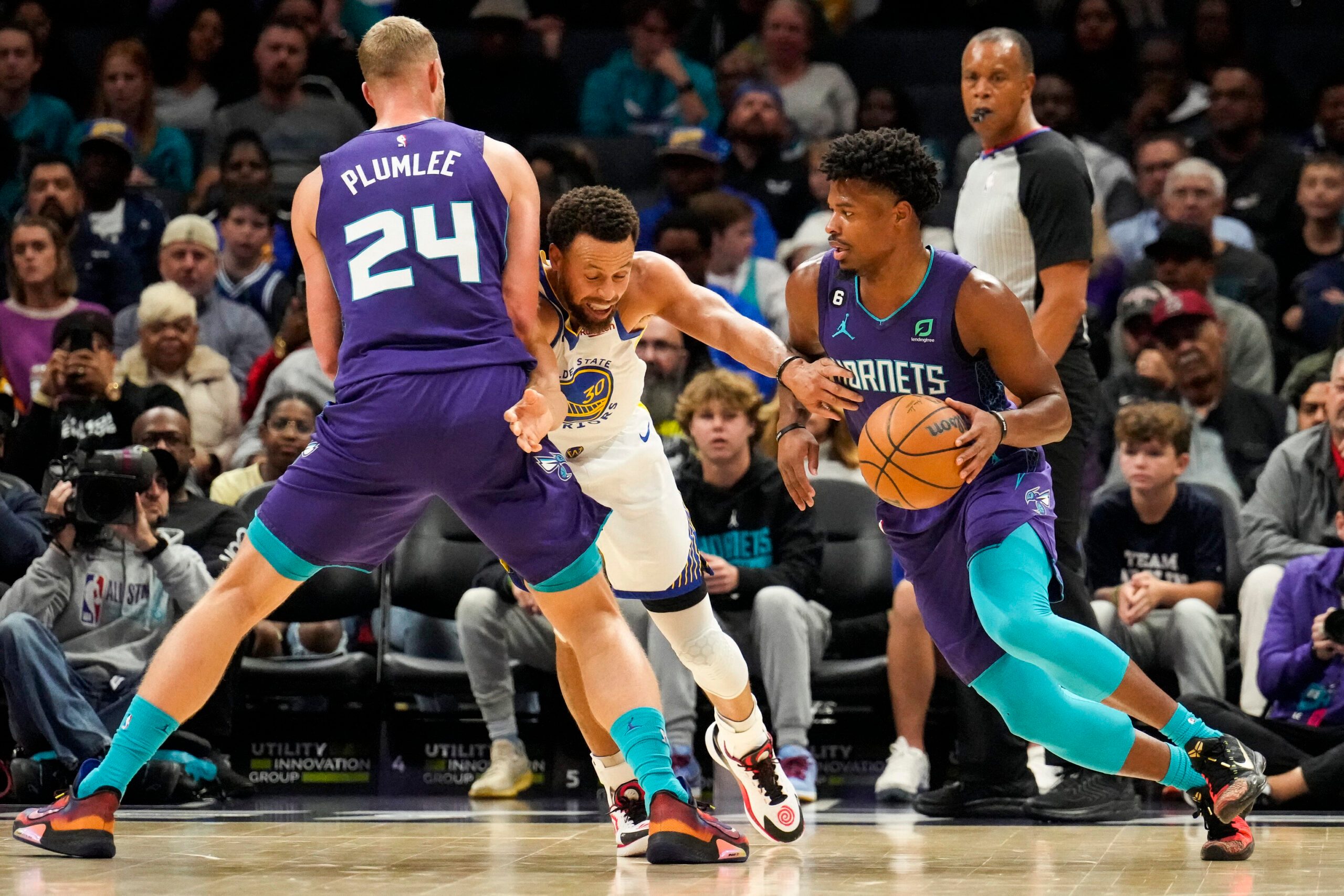 PJ Washington pumped in 31 points and Gordon Hayward had 23 for the Hornets, who bounced back after a sluggish offensive performance a night earlier at Orlando. Kelly Oubre Jr. added 18 points, Dennis Smith Jr. had 13 and McDaniels tallied 12 points and 10 rebounds.

Stephen Curry scored 31 points to go along with 11 rebounds and reserve Jordan Poole ended up with 24 points to pace Golden State. Draymond Green added 12 points, Klay Thompson had 11 and Andrew Wiggins and Kevon Looney both posted 10 for the Warriors, who began a five-game road trip.

Curry, who was playing in his hometown, shot 10-for-22 from the field, making 3 of his 13 attempts from three-point range. He missed from deep on the final shot of regulation.

The Hornets didn’t score for nearly two minutes to begin overtime, but McDaniels had 5 straight points to forge a 114-111 lead.

Poole’s three-pointer with 2:48 left to play in regulation began a late rally. His trey tied the game at 101. Curry and Green then scored to give the Warriors the lead, but Washington and Smith scored on close-range baskets in the final minute to force overtime.

Both the Hornets and the Warriors leveled with 3-3 slates.

The Hornets led 57-43 late in the second quarter before holding a 62-50 halftime edge behind Hayward’s 15 points.

The Warriors, who fell into a 65-50 hole to begin the second half, went on to outscore Charlotte 33-18 in the third. An 11-2 run to close the quarter put the Warriors ahead entering the fourth.

Curry was the only Golden State starter with a double-digit point total until the final eight minutes of regulation.

The Hornets continue to be without injured starting backcourt mates LaMelo Ball and Terry Rozier due to ankle injuries. – Rappler.com