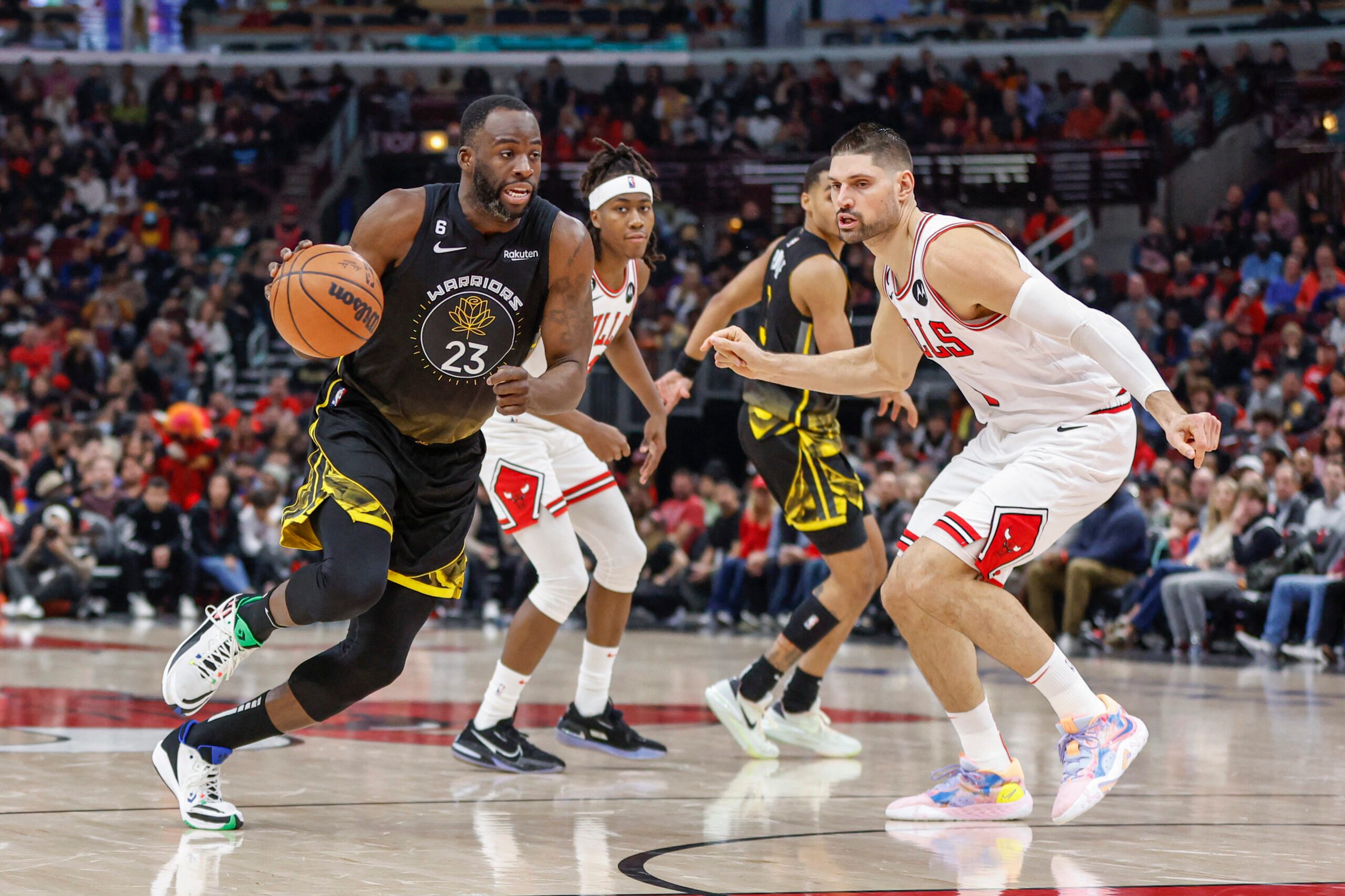 CHARGING BULL. Golden State Warriors forward Draymond Green (23) drives to the basket against Chicago Bulls center Nikola Vucevic (9) during the first half of an NBA game at United Center

Nikola Vucevic continued his recent dominance of the Golden State Warriors on Sunday afternoon (Monday, January 16, Manila time), exploding for a career-best-tying 43 points to lift the host Chicago Bulls to a 132-118 victory that ended an 11-game losing streak to the defending champs.

Vucevic hit 18 of his 31 shots and half his 10 3-point attempts, giving him 14 more points than he’d scored in any previous game this season.

The 43 points matched the total he had against the Bulls as a member of the Orlando Magic in February 2021.

Vucevic has scored 20 or more points in seven of his last 11 games against the Warriors, with three games of 30 or more and now one of 40 or more.

Klay Thompson bombed in eight 3-pointers in 15, accounting for all but two of his team-high 26 points for the Warriors, who fell to 4-17 on the road.

Coming off a 144-113 romp at San Antonio before an NBA-record crowd at the Alamodome, the Warriors rallied from a 35-20 deficit after one quarter into a 62-59 halftime lead on the strength of a 42-point second period.

But the Bulls, seeking to snap a three-game losing streak, regained their early form in the second half, grabbing the lead for good on Patrick Williams’ free throw just before the midpoint of the third period.

Chicago went on to lead by six at period’s end, then quickly grabbed command in the final quarter behind a pair of Vucevic’s 3-pointers, the second of which put Golden State in a 106-91 hole.

Zach LaVine backed Vucevic with 27 points, nine rebounds and six assists for the Bulls. Coby White chipped in with 15 points, Ayo Dosunmu with 12 and Williams with 10.