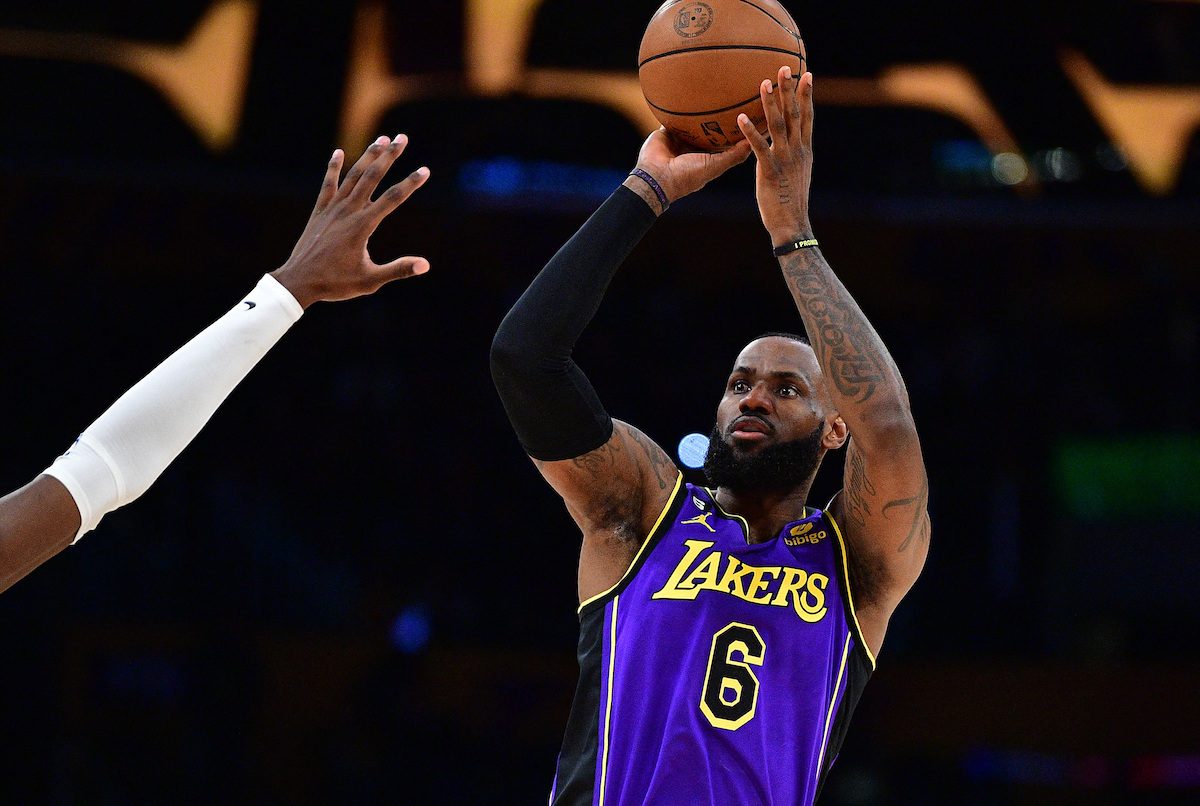 SQUEAKER. LeBron James scores 23 points as the Lakers return to their winning ways after losing four of their last five games.

The result ended the Grizzlies’ 11-game winning streak, which tied a franchise high.

Schroder, who scored 19 points, had a steal, a layup, and 3 free throws in the final 13 seconds to help the Lakers pull out the victory after they trailed by as many as 13 points late in the third quarter.

Los Angeles had lost four of its previous five games, with the three most recent defeats coming by a combined 10 points. The Lakers went 2-3 on a homestand that ended Friday and now play six of their next eight on the road.

Ja Morant scored 22 points, while Brandon Clarke and Tyus Jones added 20 points each for the Grizzlies. Clarke missed a free throw with 1.2 seconds remaining that would have tied the game.

Neither team was particularly sharp at the outset, with the Grizzlies taking a 53-49 lead into halftime.

The Grizzlies led 89-81 through three quarters after they outrebounded the Lakers 50-34 to that point. Memphis finished with a 63-47 rebounding advantage and had a 24-10 advantage on the offensive glass. The Grizzlies also led 39-22 on second-chance points.

Despite the lopsided numbers, the Lakers were within 3 points multiple times in the fourth quarter, including at 118-115 on a tip-in by James with 57 seconds remaining. After Morant missed a floater, Westbrook scored off a James missed three-pointer to bring the Lakers within 118-117.

The teams traded pairs of free throws to make it 120-119 with 13 seconds remaining before Schroder stole the ball from Desmond Bane near midcourt. Schroder made a layup and a free throw, after a Bane foul, for a three-point play and a 122-120 lead with 7.1 seconds to go.

Clarke was fouled by the Lakers’ Wenyen Gabriel on a rebound attempt with 1.2 seconds remaining but missed the second of the two shots.

Steven Adams registered 16 points and 17 rebounds for the Grizzlies, while Bane added 16 points and Jaren Jackson Jr. had 12. Troy Brown Jr. and Kendrick Nunn each scored 11 points for the Lakers. – Rappler.com