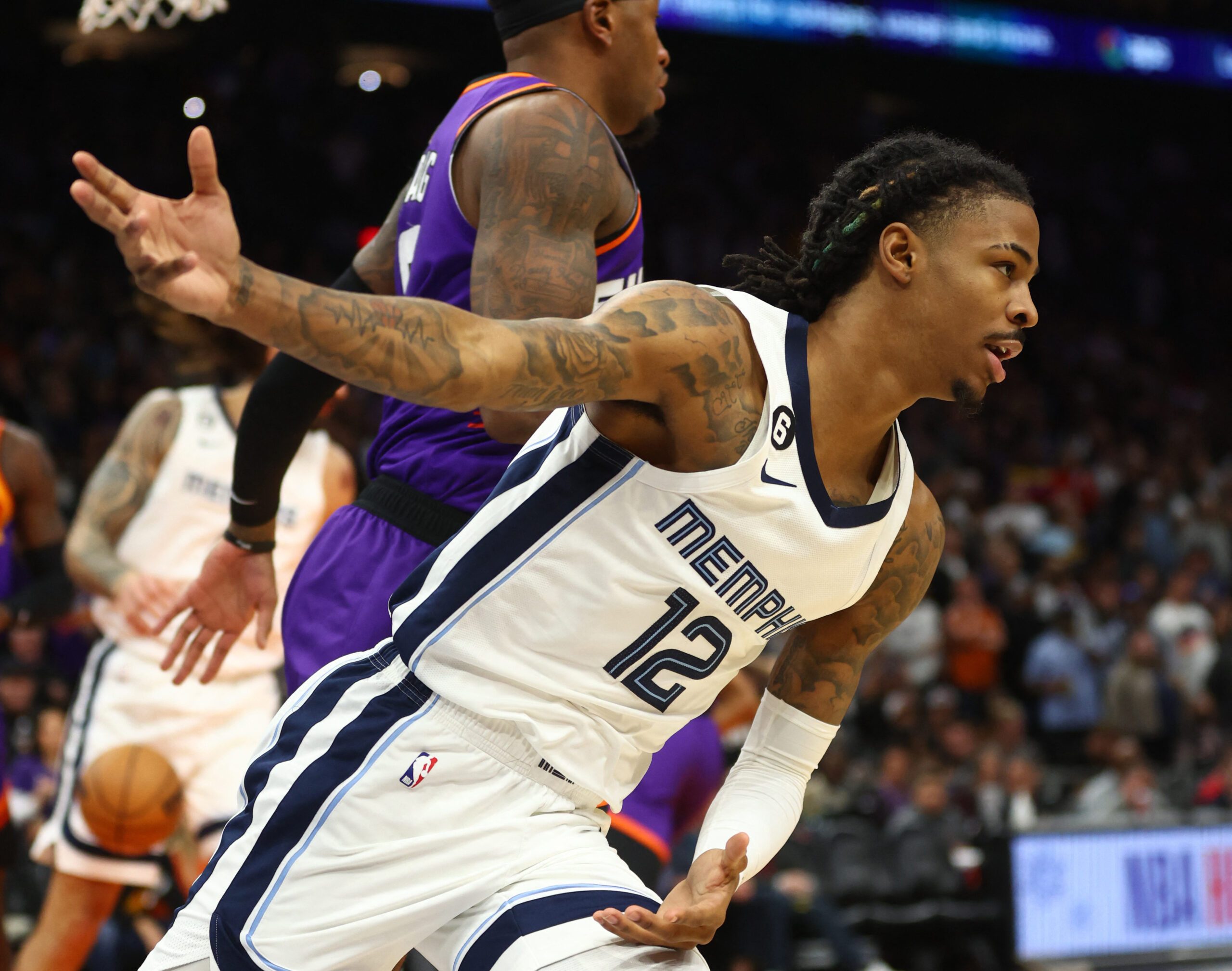 TOGETHER. Ja Morant (12) celebrates a shot against the Phoenix Suns in the first half at Footprint Center

Desmond Bane returned from a toe injury to score 17 points for Memphis, which improved to 1-2 on a four-game road trip. Dillon Brooks scored 16 points and Ja Morant had 12 points and 11 assists for the Grizzlies.

Deandre Ayton scored 18 points and Landry Shamet added 15 for the Suns, who lost for the seventh time in 10 contests. Duane Washington Jr. scored 14 points and Chris Paul and Damion Lee had 10 points apiece for Phoenix.

The Suns were without Devin Booker (groin) for the third straight game.

The Grizzlies have won three straight against Phoenix. The teams play again Tuesday in Memphis.

Bane was cleared to return earlier Friday after a 17-game absence. He made 4 of 13 field-goal attempts while playing 24 minutes.

The Grizzlies shot 49.5 percent from the field, including 7 of 23 from 3-point range. Clarke made 7 of 10 shots while achieving a season-best point total and falling three shy of his career high.

Steven Adams collected 11 rebounds as Memphis owned a 53-35 advantage on the boards.

Memphis came out hot and scored the first eight points and 13 of 15.

Memphis led 39-20 after the quarter and continued to stretch the lead in the second. Brooks’ basket made it 59-31 with 1:39 left in the half before Phoenix scored the final seven points to trail by 21 at the break.

The Suns trailed by 17 after a 3-pointer by Shamet with 4:34 left in the third quarter. The Grizzlies answered with a 14-1 burst with Ziaire Williams ending it with back-to-back dunks to make it 93-63 with 2:01 to go in the period.

Memphis led 97-69 entering the fourth quarter and continued to control the contest. – Rappler.com