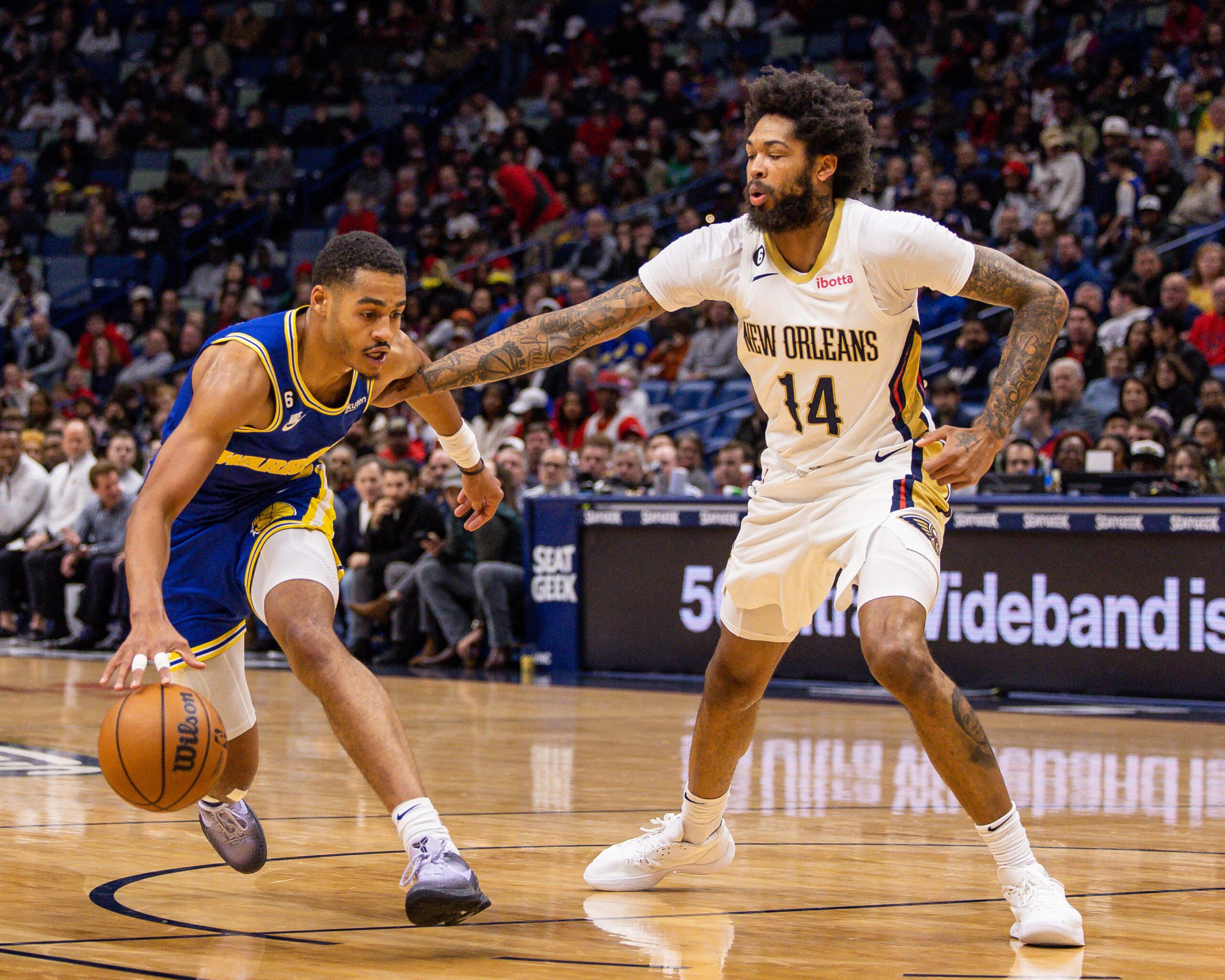 Devonte’ Graham added a season-high 19 points off the bench, CJ McCollum scored 15, Jonas Valanciunas had 10 points and 13 rebounds and Jose Alvarado scored 10 off the bench.

Zion Williamson returned from a three-game absence due to a bruised foot to get nine points and four assists in 23 minutes, as the Pelicans finished 4-2 on their longest homestand of the season.

New Orleans forced 27 turnovers, which included 15 steals, and all 13 players that played scored.

The Warriors, who won on the road for the first time this season one night earlier in Houston, did not play Steph Curry, Klay Thompson, Draymond Green or Andrew Wiggins because of health maintenance. The same four sat out a 114-105 loss in New Orleans on November 4.

Jordan Poole scored 26 points, Jonathan Kuminga added 18 and JaMychal Green and Moses Moody had 10 apiece to lead Golden State, which lost on the road for the ninth time and failed to score 100 points for the first time this season.

The Warriors made the first basket of the game, then went ice cold and never recovered.

The Pelicans led by as many as 24 points before holding a 35-16 lead at the end of the first quarter. New Orleans didn’t turn the ball over in the period and the Warriors turned it over seven times, leading to nine points.

Golden State chipped away at the deficit in the second quarter, but each time it made progress the Pelicans made a significant run.