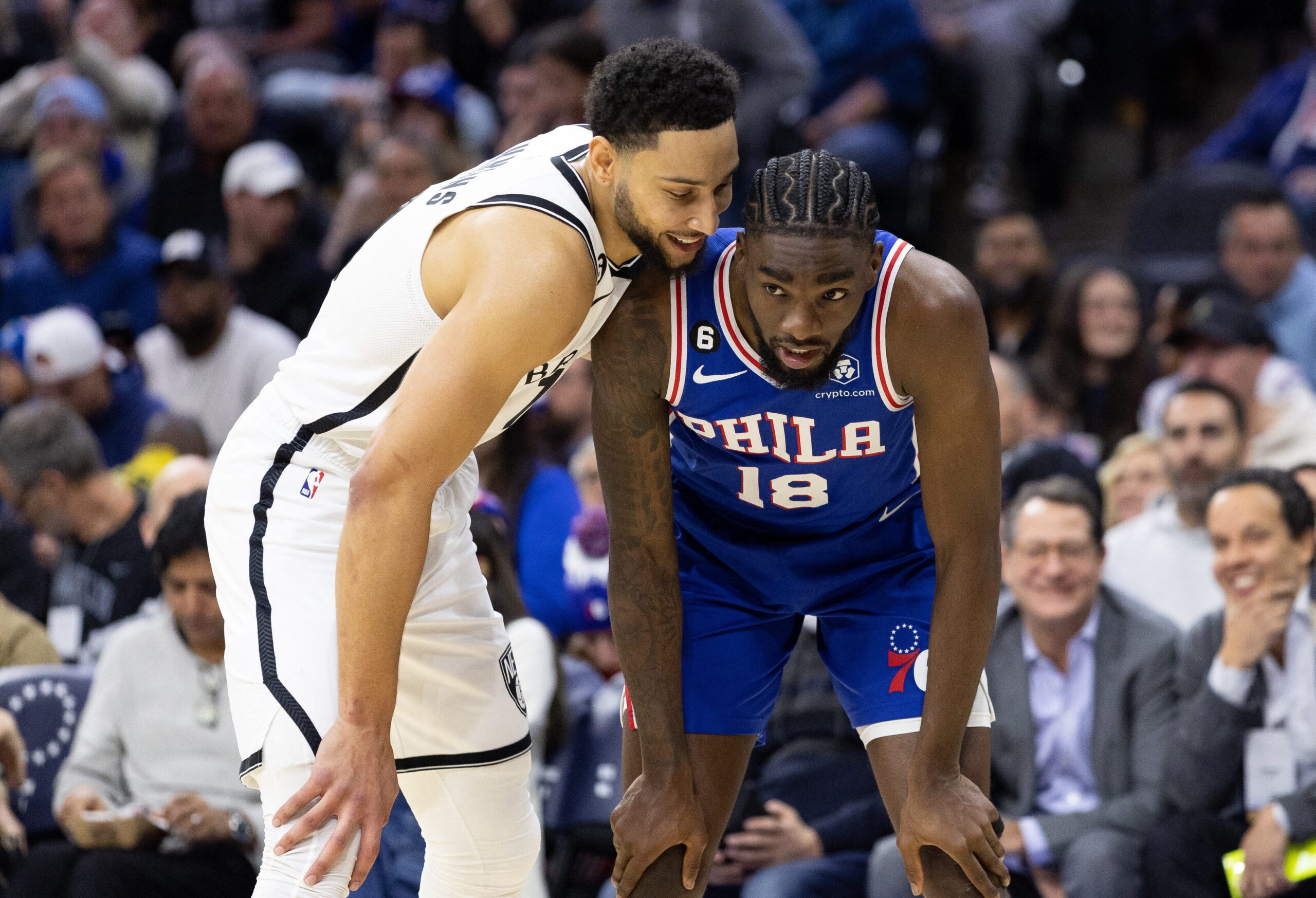 Kyrie Irving led the Nets with 23 points but Kevin Durant finished with 20, held under 25 for the first time this season.

Nic Claxton added 12 while Ben Simmons collected 11 points and 11 assists while hearing boos throughout the night in his return to Philadelphia.

Harris, who missed the previous two games with a sore left hip, appeared to get injured again when he grabbed his right ankle in pain in the opening minute of the third after colliding with Durant under the rim after missing a short jumper.

In a postgame interview with TNT, Harris said he meditated in the locker room while getting his ankle treated.

De’Anthony Melton added a season-best 22 points in his third straight start. Reserve Paul Reed, who scored 10 points in his first 13 games this year, collected season highs of 19 and 10 rebounds.

Georges Niang and Shake Milton contributed 16 apiece as Philadelphia dominated the glass by a 49-35 margin and scored 20 second-chance points.

After Melton’s contested three at the horn put Philadelphia up 63-57 by halftime, the Sixers briefly lost the lead when Claxton’s dunk put Brooklyn up 69-68 with 7:32 remaining in the third.

Harris hit a dunk and a jumper for a 75-69 lead with about five minutes left and then sent the Sixers into the fourth with an 85-82 lead after hitting a 19-footer with 4.6 seconds left.

Consecutive putbacks by Reed and Melton opened a 96-87 lead with 8:10 remaining. Harris then made an open triple for a 99-89 lead when Durant hesitated on a defensive switch a little over a minute later.

Three straight hoops by Milton gave Philadelphia a 111-97 lead with 3:08 left, prompting the Nets to empty their bench. – Rappler.com