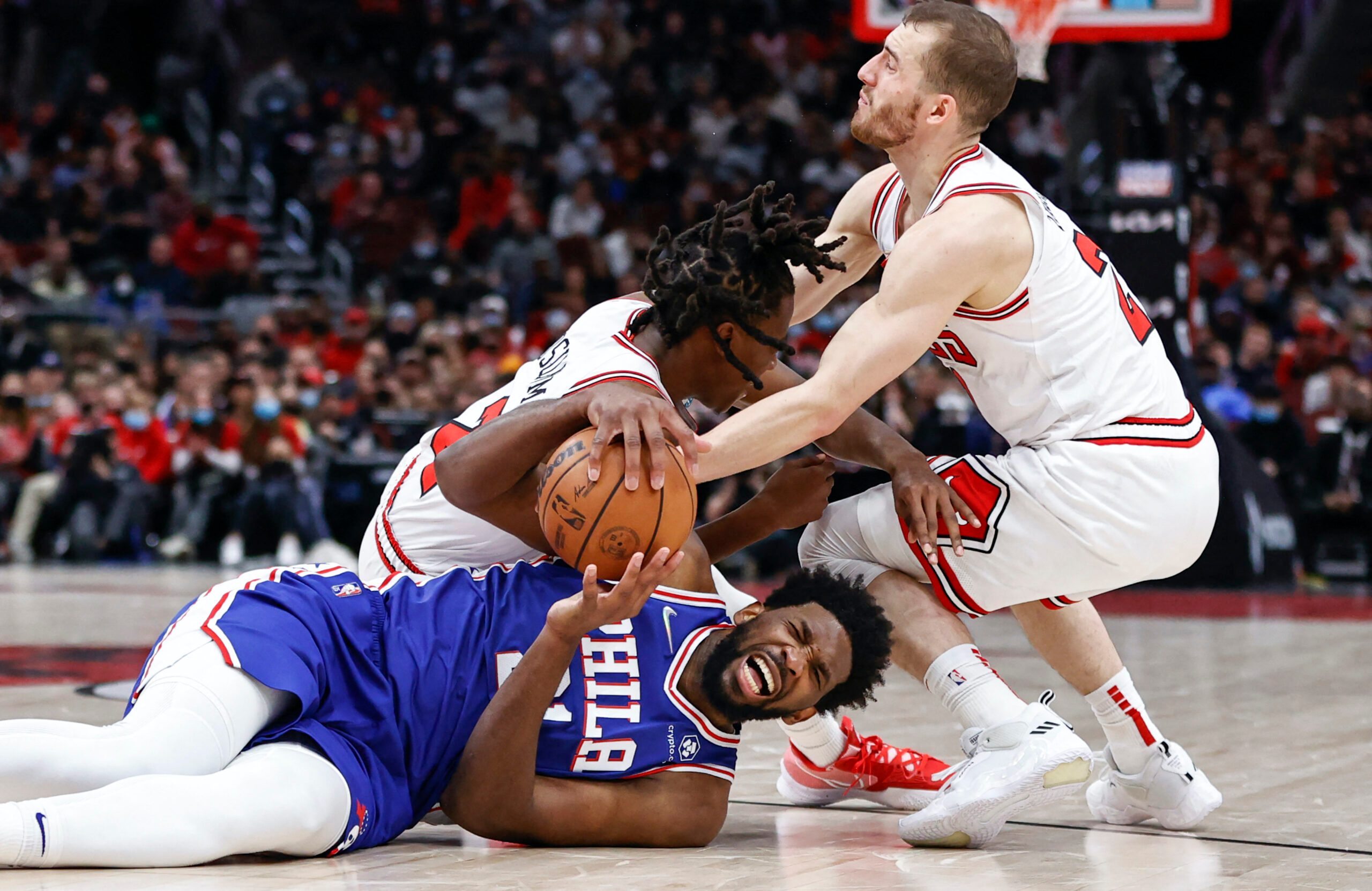 MASTERY. Joel Embiid and the 76ers have won all three meetings against the Bulls so far this season.

It was the seventh game that Embiid scored at least 40 points this season.

The Sixers have won all three meetings against the Bulls thus far this season.

The Sixers bolted to a 51-36 lead after Embiid dropped in 2 free throws with 5:19 left in the second quarter.

DeRozan completed a three-point play with 1:49 remaining as the Bulls closed within 53-46.

Embiid hit a late three-pointer, finishing the half with 22 points, and the Sixers led 61-52 at halftime. DeRozan kept the Bulls close with 26 on 10-of-15 shooting.

After the Bulls closed within 5 early in the third, Curry and Maxey each connected on a trey and the Sixers went ahead 67-56.

Furkan Korkmaz hit a jumper, Danny Green followed with a trey, and Harris scored on back-to-back trips to open the fourth as the Sixers took a 98-81 lead.

Matt Thomas came back with a 20-foot jumper for the Bulls to end a 9-0 run. The Bulls eventually countered with a 13-0 stretch of their own to get within 98-94 with 8:06 remaining after another jumper by DeRozan.

Harris essentially sealed the win when he drove to the basket and scored for a 116-106 lead with 2:01 to go. – Rappler.com