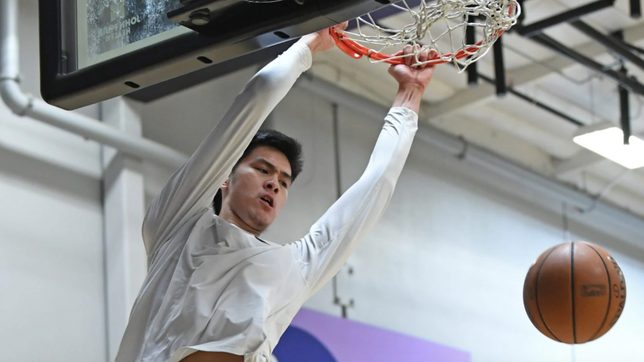 After a tumultuous last few weeks, Filipino wunderkind Kai Sotto and the NBA G League Ignite have mutually parted ways, according to a league statement on Tuesday, February 23.

“Kai and the team both understood the challenges for him to rejoin Ignite given the current international travel constraints, quarantine times, and health and safety protocols,” said league president Shareef Abdur-Rahim.

“Kai will always be a part of the extended Ignite family, and we wish him continued success as he pursues his NBA dream,” the statement concluded.

The 18-year-old Sotto was recently in the center of controversy following his short-lived return to Gilas Pilipinas smack dab in the middle of G League preparations.

Ignite head coach Brian Shaw admitted that he was initially surprised with the move, but nonetheless supported his ward in his national team duties.

Although Sotto and his camp had a quick return to the US following the postponement of the 2021 FIBA Asia Cup third qualifying window, there was no further update of him attempting to enter the G League bubble in Orlando, Florida.

Shaw has cryptically said prior to Sotto’s flight back that his spot in the rotation was up to people “above his pay grade.”

This abruptly stalls what looked like a promising rise for the country’s prized prospect following more than a year of dedicated training in Atlanta, Georgia.

The former UAAP juniors MVP first garnered international attention after he received multiple offers to play in the EuroLeague, all of which he turned down in favor of the G League.

Although Sotto’s journey as the first full-blooded Filipino NBA player is far from over, his next stop will no longer be with the league’s newest and most direct pathway, a platform that has so far showcased other prospects like Jalen Green and Jonathan Kuminga. – Rappler.com