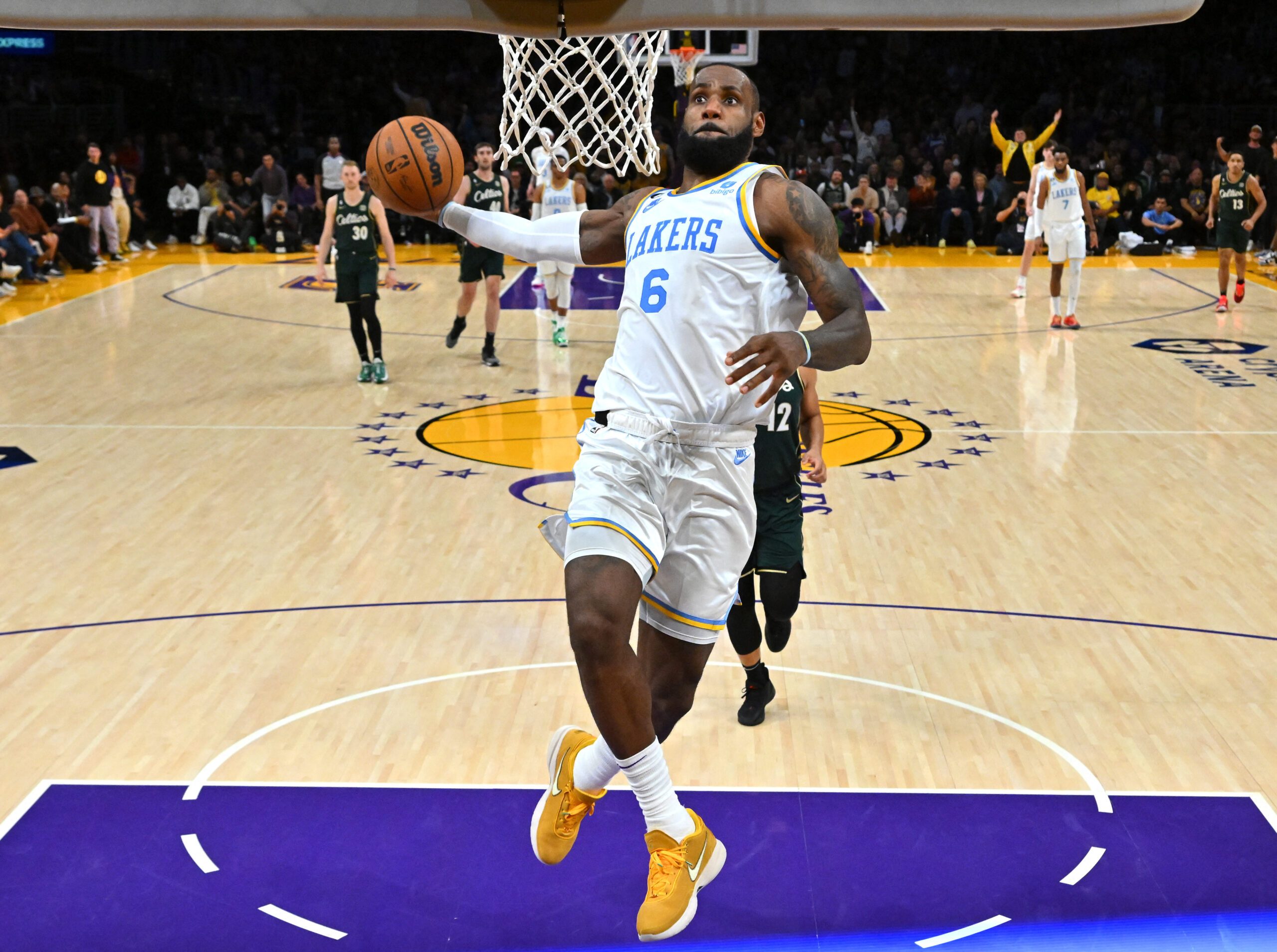 AGELESS. Los Angeles Lakers forward LeBron James (6) dunks the ball in the second half against the Boston Celtics at Crypto.com Arena

Coming off a 50-point performance on Friday, Luka Doncic leads the Dallas Mavericks into a Christmas Day showcase on Sunday (Monday, December 26, Manila time) against the visiting Los Angeles Lakers.

Doncic’s eruption in a 112-106 win over the Houston Rockets also included 10 assists, eight rebounds and three steals. His was the ninth 50-plus-point game of this NBA season, putting Doncic in a club that includes Lakers big man Anthony Davis.

Davis scored 55 points in a Dec. 4 win over Washington, part of a stretch from Nov. 13 through Dec. 13 in which he scored at least 30 points nine times in 13 games.

Davis has not appeared since playing just 17:27 in and missing the second half of the Lakers’ Dec. 16 win over Western Conference-leading Denver, however. On Friday, the organization issued a statement that Davis sustained a stress injury to his right foot that will sideline him indefinitely.

Without Davis — who is averaging team-highs of 27.4 points, 12.1 rebounds and 2.1 blocked shots per game — Thomas Bryant moved into the Lakers’ starting rotation.

Bryant scored 21 points in the win over Denver and comes into Dallas having grabbed at least 10 rebounds in three of Los Angeles’ last four games.

Bryant’s streak of games with double-digit points ended at four in Friday’s 134-130 loss to Charlotte, which sends the Lakers limping into Sunday’s matchup on a three-game losing streak. This is Los Angeles’ fourth skid of at least three games this season as the Lakers slipped six games below .500.

Dallas, meanwhile, moved above .500 on the season with Friday’s win, which was the Mavericks’ second straight.

The Dallas defense — ranked in the upper echelon of the NBA at 109.4 points per game — comes in holding four of its last six opponents to 106 points or fewer. The Mavericks are just 3-3 in that stretch, however.

Dallas seeks offensive consistency to support Doncic, whose 32.8-point scoring average trails only Philadelphia’s Joel Embiid. No other Maverick is averaging more than Christian Wood’s 16.9 points per game, and Dallas as a team ranks last in the NBA for field-goal attempts per game at 83.1.

In Doncic’s 50-point effort at Houston, the rest of the Mavericks shot 19-of-50 from the floor. Despite this, Doncic praised his teammate’s shot-making.

“They doubled me a couple of times, I passed the ball and then we made great shots out of it,” he said during his postgame media availability. “Make or miss, I will do it again.”