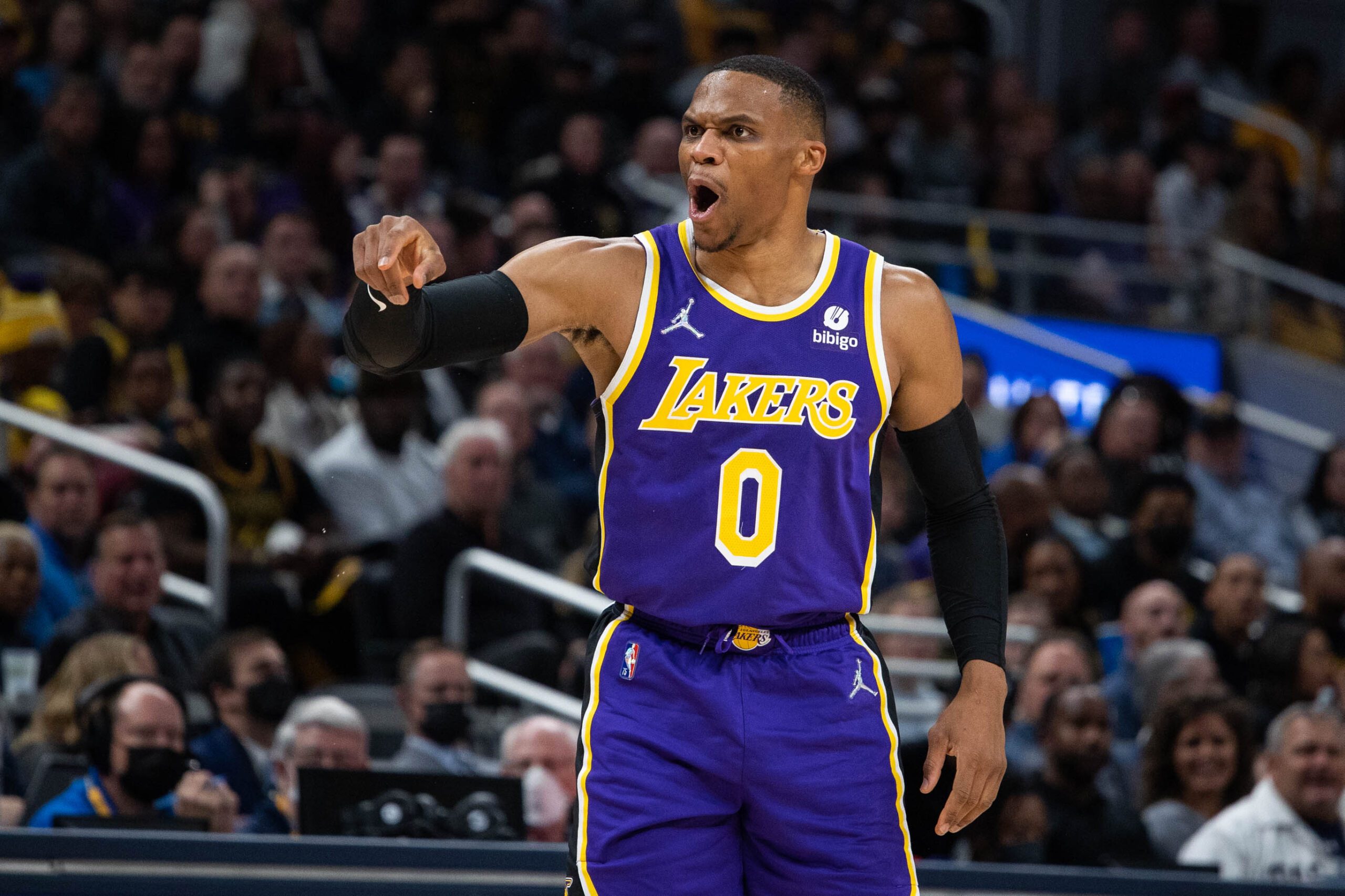 ON THE MOVE? A Kyrie Irving-LeBron James reunion may be at the expense of Russell Westbrook.

The trajectory of the entire NBA — very much including the Los Angeles Lakers — was profoundly altered the moment Kevin Durant requested a trade from the Brooklyn Nets.

Even though a Durant-for-Anthony Davis swap is reportedly not on the table, the superstar’s impending departure instantly placed a Kyrie Irving-for-Russell Westbrook blockbuster very much back on the table.

Here are three reasons why.

KD is heading out

The fact that ESPN’s Adrian Wojnarowski acknowledged that Durant and Irving are still open to hooping together implies that their relationship remains tenable. Had Durant stayed committed to building a winner in Brooklyn, Irving may too have re-invested, at least for the final season of his contract.

Now, Irving has no incentive to stick around Brooklyn (apologies to Ben Simmons). Any antsiness for a change of scenery he may have already been experiencing will only be heightened with KD out the door. Based on reports about Nets owner Joseph Tsai, the feelings may be mutual.

The asking price is lowered

Once the Nets figure out a Durant deal, their price tag for Kyrie dramatically drops. The Lakers will have the opportunity to buy the dip.

Whatever historic haul Brooklyn pulls will surely be a long-term play. They’re no longer focused on building a contender around a star next season, and will no longer be operating on a 34-year-old’s timeline. Sean Marks won’t be asking for a game-changing All-Star in exchange for the mercurial Irving.

Suddenly, an expiring mega-contract like Westbrook’s — regardless of what he gives Brooklyn on the court in 2022-2023 — and the two distant first-round picks (2027, 2029) the Lakers can offer (plus Talen Horton-Tucker) looks like an appealing package to the retooling Nets.

As I wrote earlier this month, the cleanest way for Irving to be traded to Los Angeles was for him to opt into his $36.5 million player option.

For one thing, it makes a Westbrook trade financially feasible (the Nets would need to send the Lakers a few million to match Russ’ $47.1 million).

More importantly, Irving now has the leverage to determine his destination. As many have reported, Kyrie is dead-set on joining the Lakers, either via trade this summer or free agency in 2023. Kyrie can essentially force his way to Los Angeles by telling any team that doesn’t wear purple-and-gold that he’s bouncing after next season, anyway.

Would a franchise go the Toronto Raptors route and take a flier on Kyrie as a one-year rental with the hopes of persuading him to stick around? Kawhi Leonard delivered a title after a magical season then still bolted for Los Angeles, as he intended all along. Irving, of course, is amongst the most unpredictable and unreliable stars in sports.

Whatever happens, the Nets are going to wait to trade Kyrie until after they sort of the Durant scenario. The Lakers know that, per ESPN’s Dave McMenamin. Marks is not going to act impetuously to move KD — he’s going to milk the bullish market.

So, can Lakers fans get their hopes up for a Kyrie Irving-LeBron James reunion? Absolutely. Should they hold their breath? Absolutely not. – Rappler.com