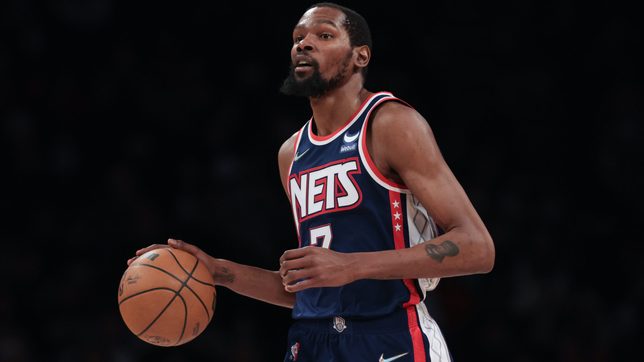 HARD HIT. The Nets currently have the most number of COVID-19 cases, according to CBS Sports' tracker.

Facebook Twitter Copy URL
Copied
Among the teams playing on Christmas, the Nets, Knicks, and Celtics have been hit the hardest by COVID-19 cases

The 10 NBA teams scheduled to play on Christmas Day have been told their schedules could change as late as Christmas Eve as the league prepares contingency plans amid a surge in COVID-19 cases, multiple outlets reported Tuesday, December 21.

Games are scheduled to air on ABC and ESPN throughout the day. Should games need to be postponed because teams do not have enough available players, the priority will be to fill the three game slots on ABC, per reports.

Among the teams playing on Christmas, the Brooklyn Nets (10 cases), New York Knicks (six) and Boston Celtics (six) have been hit the hardest, according to CBS Sports’ COVID-19 tracker.

This is the 20th straight season ABC and ESPN will televise Christmas Day games. – Rappler.com