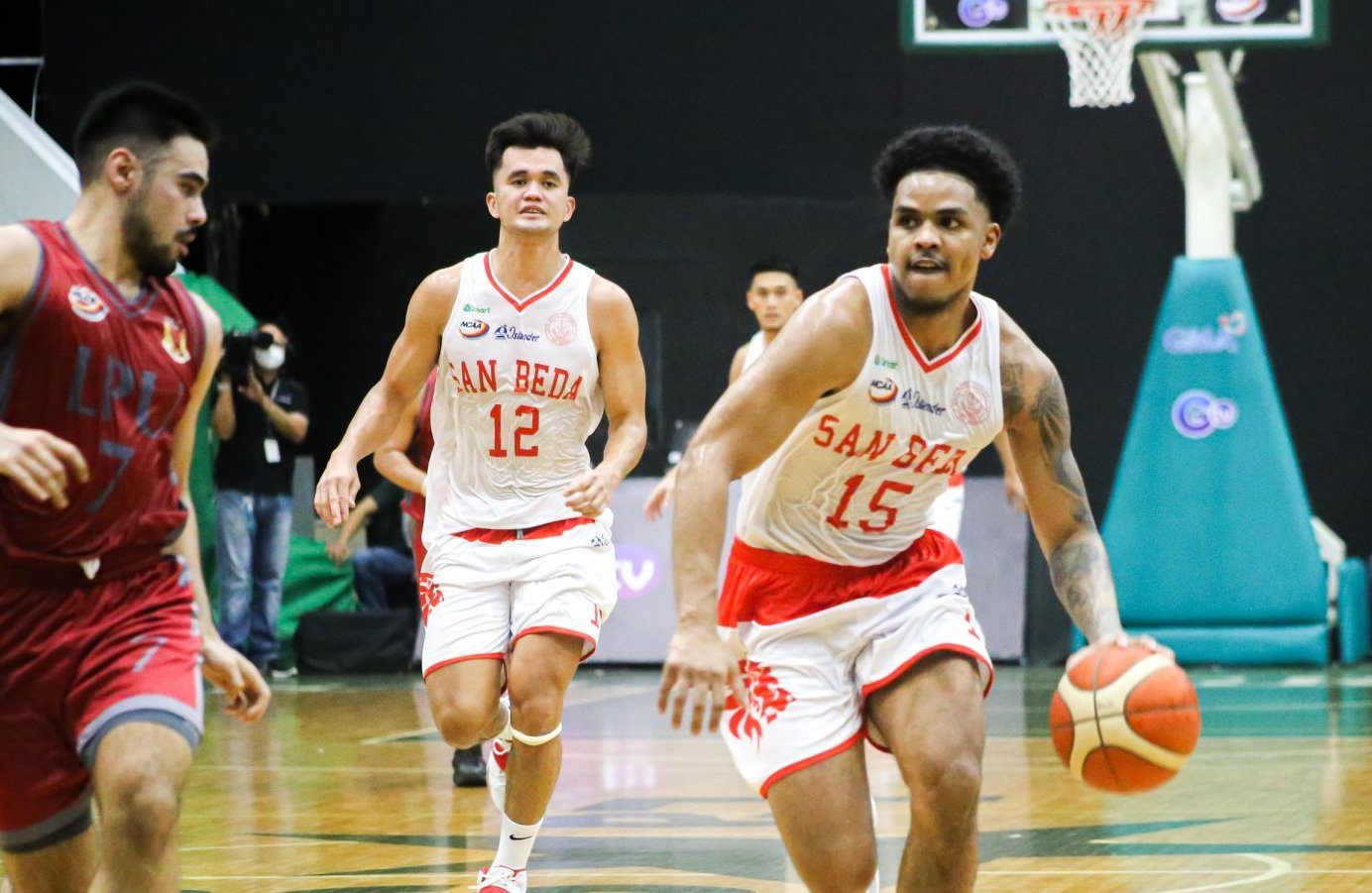 MANILA, Philippines – San Beda got off to a winning start in NCAA Season 97 after a wire-to-wire 84-76 victory over Lyceum at the La Salle Green Hills gym on Saturday, March 26.

The Red Lions spread the wealth with three players scoring in double figures and three more churning out at least 7 points in the triumph that saw them hold off a late Pirates surge.

JB Bahio chalked up 12 points, 8 rebounds, and 2 blocks to show the way for San Beda, while Ralph Penuela also put up 12 points on top of 3 rebounds and 3 assists.

Down 72-82 with under a minute left, Lyceum staged a last-ditch comeback attempt, with Jerwyn Guinto and Renzo Navarro delivering back-to-back buckets to cut their deficit to 6 points.

But it was too little, too late for the Pirates as Penuela and Bahio hit a free throw each in the dying moments to seal the win for the Red Lions.

Tony Ynot also finished in double figures with 10 points for San Beda, which seized a share of an early lead in the standings with defending champion Letran.

James Kwekuteye and Damie Cuntapay added 9 points apiece and combined for 8 rebounds, while JV Gallego chimed in 7 points in his Red Lions debut.

Pirate star Enoch Valdez saw his 22 points, 8 rebounds, and 2 steals go down the drain in the loss.