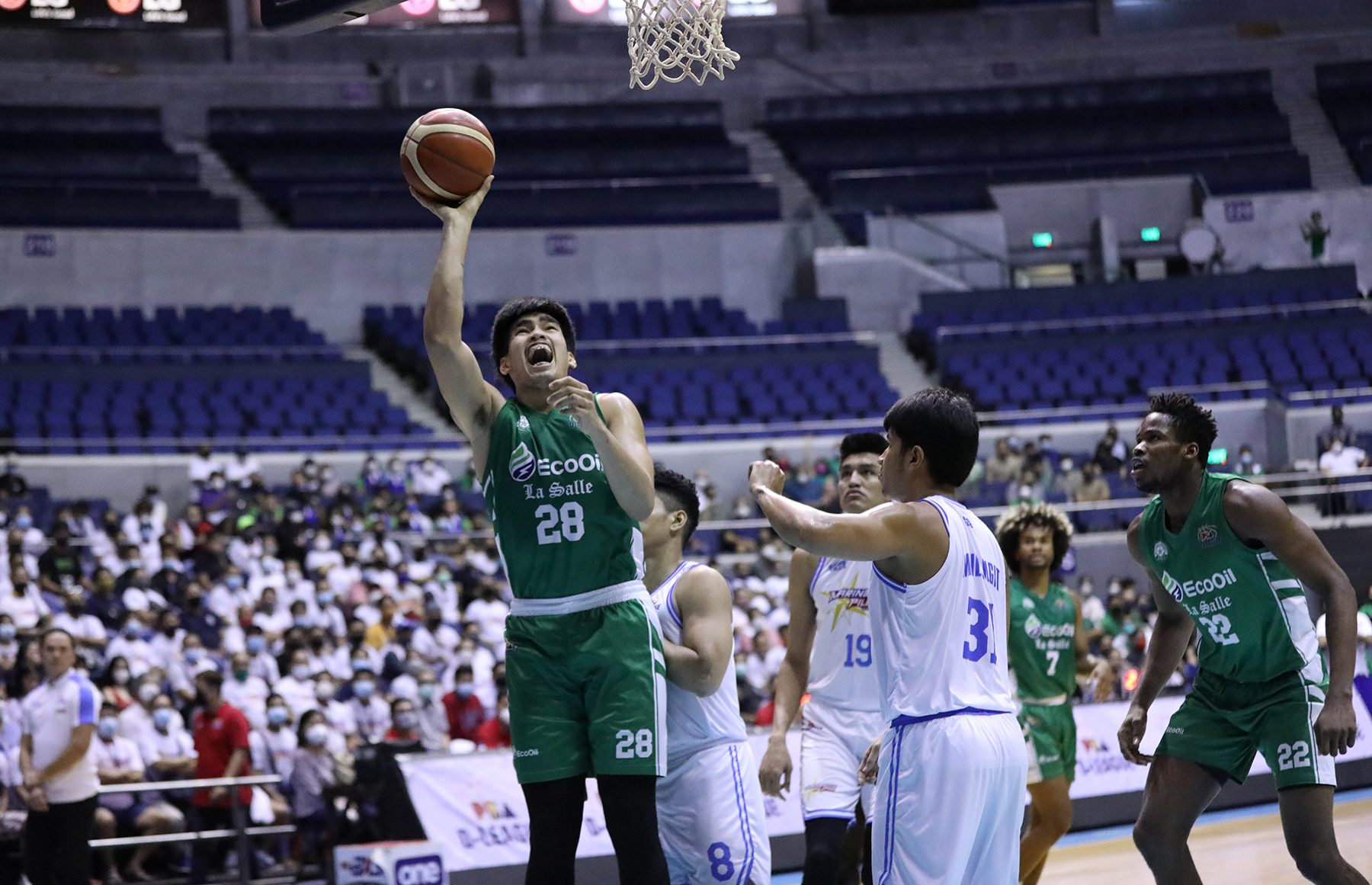 MANILA, Philippines – Kevin Quiambao saved his best for last after a horrible shooting game as his clutch shot in the waning seconds of regulation helped lift EcoOil-La Salle past Marinerong Pilipino, 70-63, in Game 2 of the PBA D-League Aspirants’ Cup finals at the Araneta Coliseum on Wednesday, August 24.

After missing 8 of his first 9 shots, the Gilas Pilipinas big man stayed composed and hit a tough fadeaway shot over the outstretched arms of the lanky Kemark Cariño for a 68-62 La Salle lead with 27 seconds left.

This came after Archers guard Evan Nelle hit three free throws for a 66-62 advantage off a controversial foul by Cariño in the last 1:07 of regulation, which was loudly protested by the Skippers players, coaches, and fans.

Newly crowned conference MVP Juan Gomez de Liaño had a chance to put Marinerong Pilipino back within striking distance after he was clipped from distance by Quiambao – another controversial call – with 21.5 ticks left. However, he only hit his first of three attempts as the Archers sealed the win.

MVP runner-up Michael Phillips exacted revenge over Gomez de Liaño with not only the all-important win, but with a huge 18-point, 14-rebound double-double plus 4 blocks to go along with it.

Schonny Winston churned out 15 points on an efficient 6-of-12 clip, while Quiambao scraped by 6 points on 2-of-10 shooting, 7 assists, and 5 boards.

“We want to be a championship-caliber team, so we just have to play our game, and be ready to play them, not like last game.”

Jollo Go paced the tough loss with 21 points on 8-of-17 shooting while Gomez de Liaño tallied 14 points, 4 rebounds, and 4 assists.

Prior to a disastrous endgame stretch where Cariño fouled Nelle, fumbled the ball with 48 seconds left, and got hit by the Quiambao dagger, he had a decent outing for Marinero with 14 points and 6 rebounds off the bench.

La Salle can now get much-needed rest and complete the series comeback in the do-or-die finals Game 3 on Wednesday, August 31, 12 pm.