History on Ginebra’s side, but Black likes Meralco’s chances in PBA title rematch 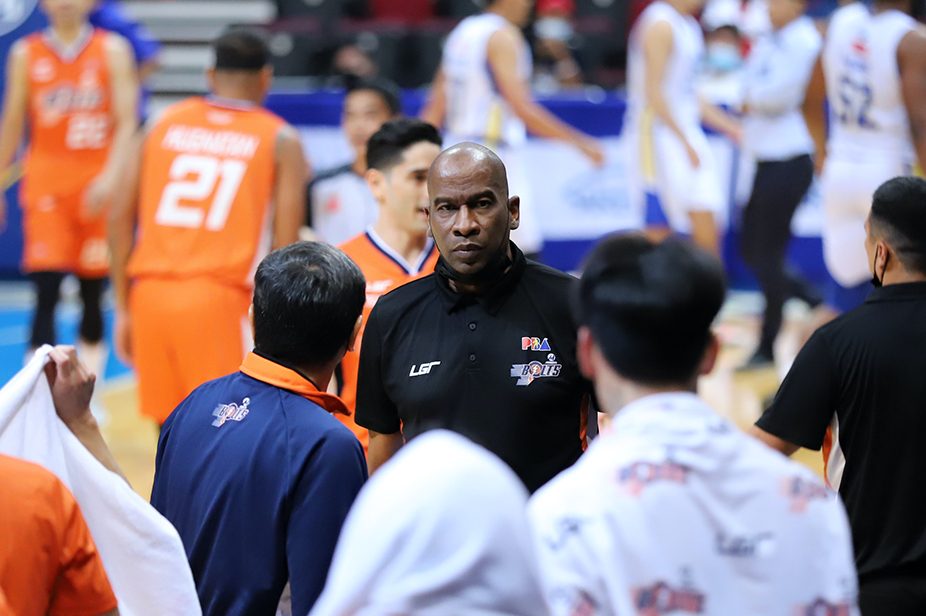 MANILA, Philippines – Will the fourth time be a charm?

Norman Black sure hopes so as he looks to get over the hump when Meralco tangles with Barangay Ginebra anew in a best-of-seven finale for the PBA Governors’ Cup crown.

Black and the Bolts reached the finals of the season-ending conference in the 2016, 2017, and 2019 editions but fell short of the championship in all occasions against the Gin Kings.

Despite the string of finals losses to the same team, Black expressed confidence on the odds of Meralco finally lifting the Governors’ Cup trophy, particularly with star guard Chris Banchero on board.

Banchero, though, sat out their semifinals-clinching 94-81 win over Magnolia on Friday, April 1, due to upper body injuries.

“I like my chances this time around,” Black said. “I just hope I can get CB back. If he comes back, then I think my chances are pretty good.”

Aside from guiding the Bolts to their first PBA title in franchise history, Black also seeks to end his finals dry spell against Gin Kings head coach Tim Cone.

Black has not won against Cone in a championship series, losing all five times the two Grand Slam tacticians faced off in the finals.

“I’ve never beaten Tim before, so maybe this would be the right time to get it done,” Black said. “We’ve been meeting a lot lately and he has been on the winning end every time.”

But to achieve that feat, Black must find a way to neutralize super import Justin Brownlee, who steered Ginebra to four championships in his first seven PBA stints, with three coming in the Governors’ Cup.

The beloved reinforcement has been on a tear in the playoffs, averaging 33.3 points, 12.5 rebounds, 4.5 assists, 2.6 blocks, and 2.3 steals as the Gin Kings advanced to the finals despite being the No. 6 seed.

An encouraging sign for Black is the way Meralco held Hotshots import Mike Harris to a conference-low 5 points in the do-or-die clash before he left the game after taking an inadvertent elbow to the face from Tony Bishop.

“He is Justin Brownlee, so that is a problem. But we just went up against Mike Harris. So we’ll do our best to defend him, to defend Brownlee,” Black said.

Black and his coaching staff have four days to map out a plan against Ginebra before they face off in Game 1 of the best-of-seven finals on Wednesday, April 6, at the Araneta Coliseum. – Rappler.com