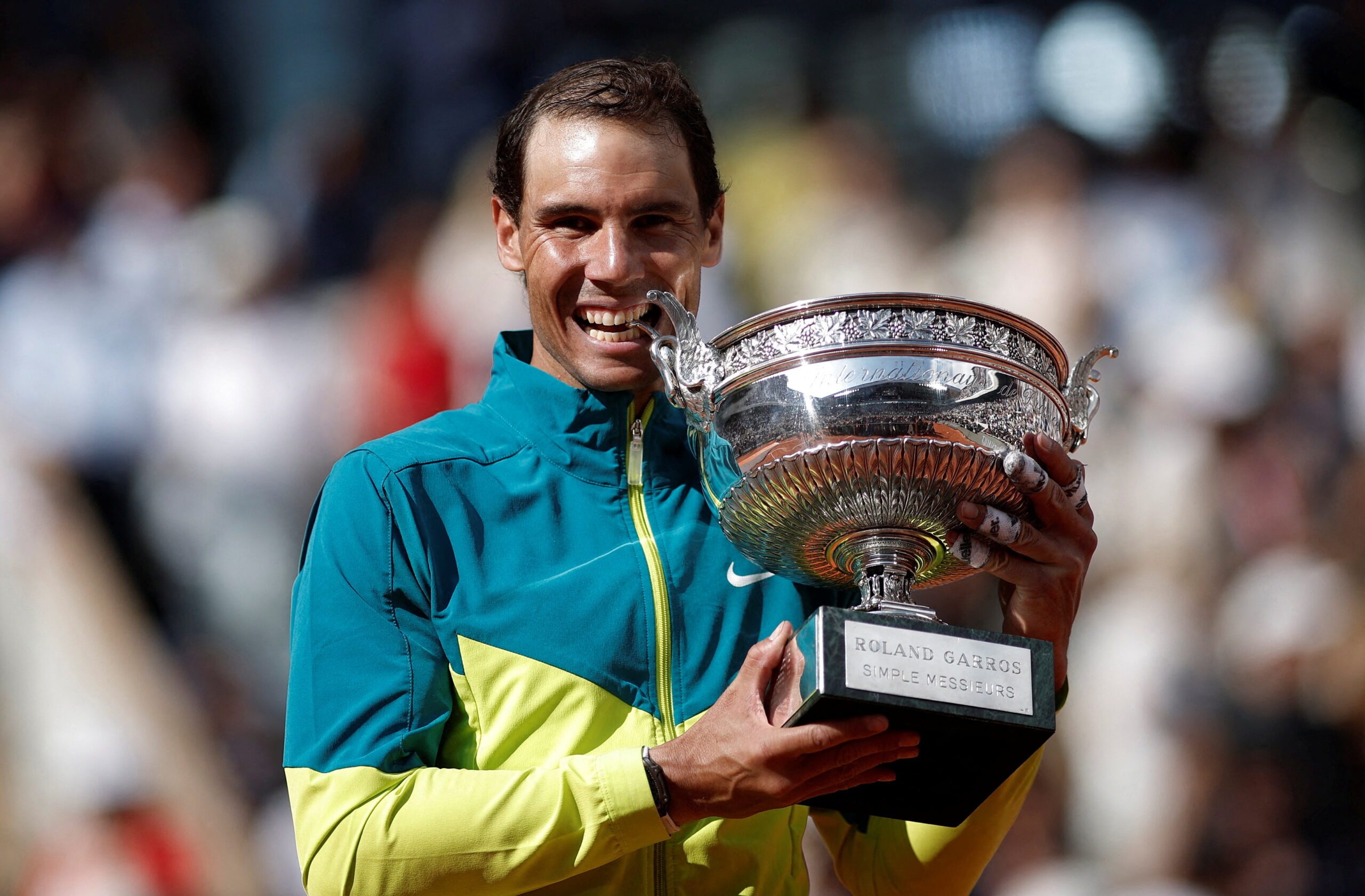 PARIS, France – Spain’s Rafael Nadal will look to continue his remarkable career after crushing Norway’s Casper Ruud, 6-3, 6-3, 6-0, on Sunday, June 5, to lift a record-extending 14th French Open, saying despite injury concerns he would battle on.

The Spaniard, the world’s best ever clay court player, won 11 games in a row to cruise through the second and third sets to take his tally to an all-time best 22 men’s Grand Slam titles, two more than rivals Roger Federer of Switzerland and world No. 1 Novak Djokovic of Serbia.

“I don’t know what can happen in the future. I will keep fighting to try to keep going,” he told the crowd at Court Philipp Chatrier.

“For me it is incredible to play here with an amazing support from you to me.”

Nadal found little resistance as Ruud, the world No. 8, was too busy battling to hang on for dear life.

Thundering groundstrokes moved the Norwegian across the baseline as the Spaniard gave his opponent no chance.

“For me personally it is very difficult to describe the feelings that I have,” Nadal said.

“It’s something that I for sure never believed, to be here at 36, being competitive again, playing in the most important court of my career one more final.”

At the final in January’s Australian Open, Nadal, who turned 36 on Friday, came from two sets down to beat Daniil Medvedev and bag a second title there.

A couple of months earlier, he was even considering retiring after a foot problem that has troubled him throughout his career resurfaced, forcing him to miss much of the 2021 season including Wimbledon, the Olympics and the US Open.

He arrived in Paris with his own doctor to get through the tournament despite the injury.

“Especially in the very tough moments we went through in terms of injuries, if you don’t have great support from the team nothing of this would happen because I would have retired much before,” Nadal added. – Rappler.com