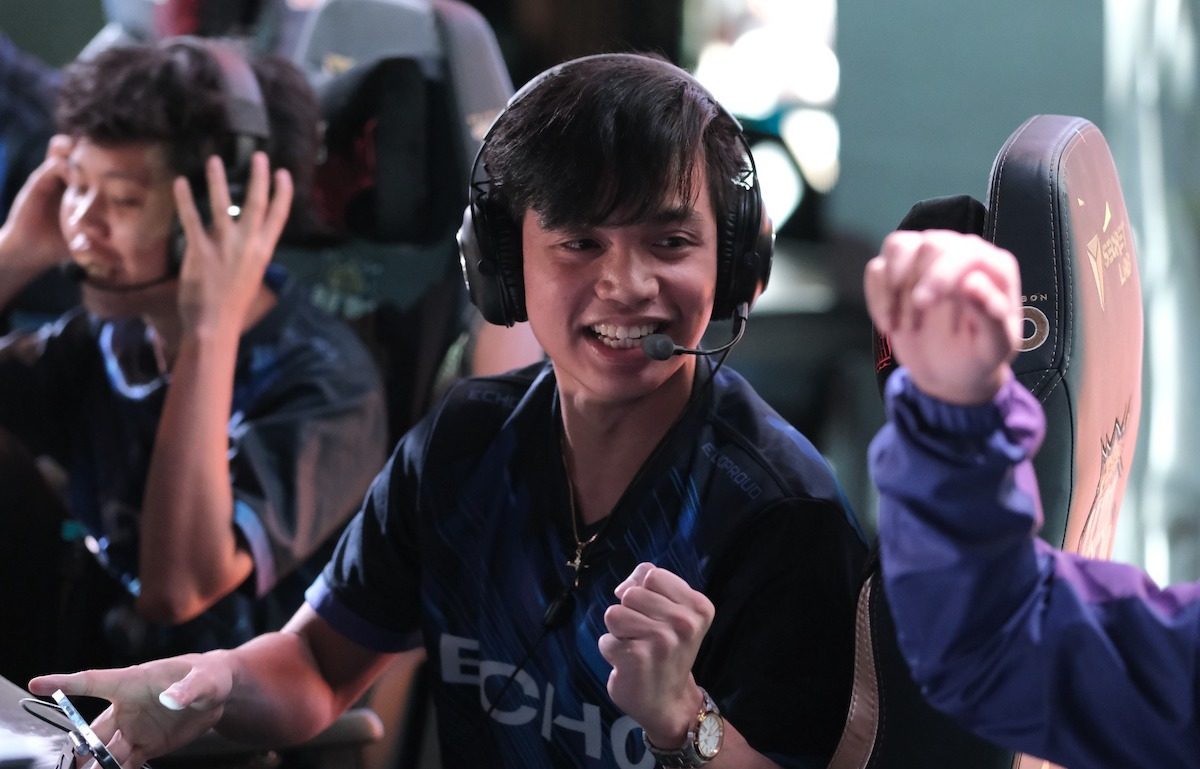 SIDELINED. Echo star Tristan 'Yawi' Cabrera sits out their M4 World Championship opener after being embroiled in a personal controversy.

Alston “Sanji” Pabico and Benedict “Bennyqt” Gonzales dazzled in their world championship debut as Echo gained a share of the lead in Group C, tying RSG Singapore with identical 1-0 cards.

Sanji posted a near-perfect line of 8 kills and 8 assists against 1 death following a dominant performance on Yve that saw him outperform RRQ veteran Muhammad “Lemon” Ikhsan.

Bennyqt also inflicted major damage on Karrie, churning out 7 kills and 5 assists against 0 deaths as Echo finished with a 10,000-gold advantage to wrap up the match in a little under 19 minutes.

Echo veteran Jaypee “Jaypee” Cruz made a surprise return to the starting roster, filling in for star roamer Tristan “Yawi” Cabrera, who got sidelined following a team decision.

Yawi is embroiled in a personal controversy after allegedly cheating on his volleyball player girlfriend, Jennifer Nierva of the NU Lady Bulldogs.

Jaypee held the fort using Khufra and assisted on 14 of their 17 kills as Echo overcame arguably its toughest foe in Group C.

Echo eyes a sweep of the group stage when it faces RSG Singapore and Occupy Thrones of Egypt on Wednesday for a spot in the upper bracket playoffs.

The top two teams from each of the four groups will advance to the upper bracket, while the bottom two squads will fight for their tournament lives in the lower bracket. – Rappler.com