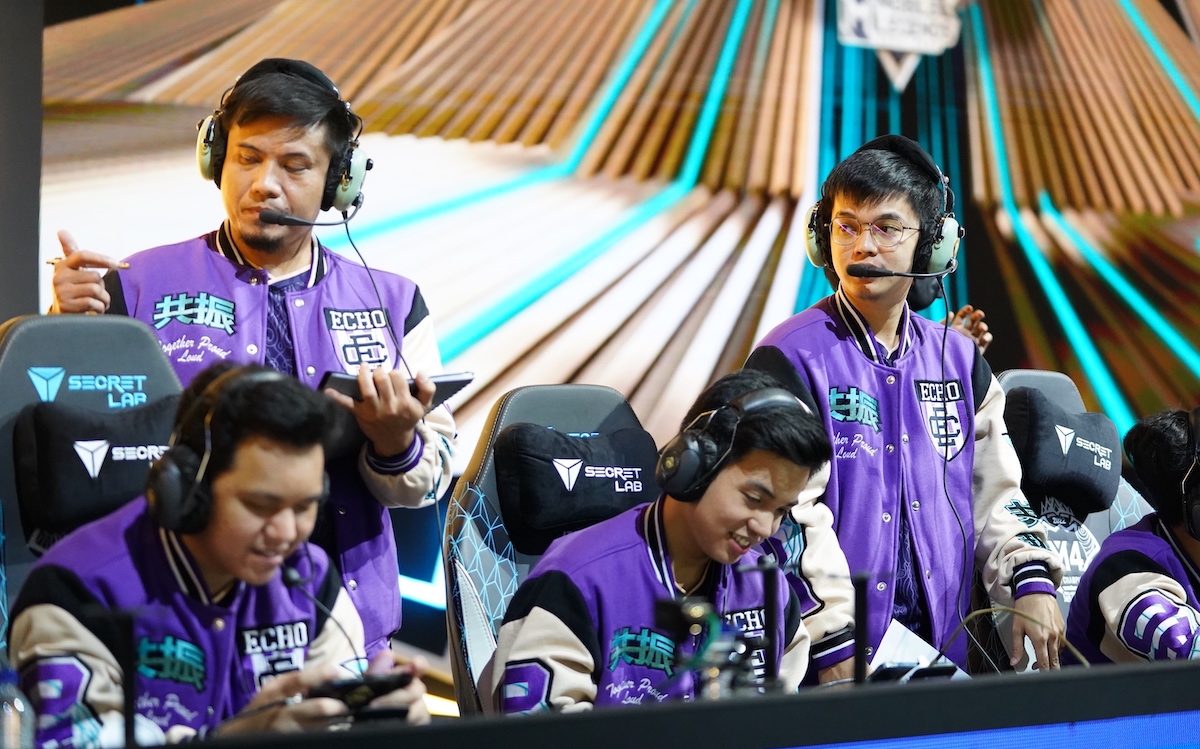 COMPOSED. Echo avoids a major collapse at the start of the knockout stage of the M4 World Championship.

JAKARTA, Indonesia – The Philippines’ Echo saw its unbeaten run in the Mobile Legends M4 World Championship come to halt but still managed to get the job done, advancing to the upper bracket semifinals on Saturday, January 7.

The Orcas denied Team HAQ a reverse sweep, earning a 3-2 win in their best-of-five duel on the first day of the knockout stage at the Tennis Indoor Stadium Senayan here.

Sweeping all of its three games in Group C, Echo extended its perfect start to five straight wins when it grabbed a 2-0 lead before the Malaysian side forced a decider with wins in Games 3 and 4.

Sanji delivered 5 kills and 4 assists against 1 death on Yve as Echo dispatched Team HAQ in just 11 minutes in the rubber match.

His double kill at the seventh minute against Muhammad “Garyy” Syafizan (Ling) and Mohamad “Lolla” Nilzaihan (Chou) with the kill score tied at 3-3 tipped the balance in favor of Echo.

The series win also preserved the efforts of Benedict “Bennyqt” Gonzales, who put on a clinic on Karrie in the first two games.

“We did not focus on the losses. We just made the necessary adjustments for Game 5,” said Bennyqt in Filipino.

Awaiting Echo in the next round are Kairi and Onic, who reached the upper bracket finals in dominant fashion following a resounding 3-0 victory over Myanmar’s Falcon Esports earlier in the day.

Falcon entered the knockout stage brimming with confidence after twice beating defending world champion Blacklist International, but it got sent crashing back to earth immediately after a stunning sweep from Onic.

Echo and Onic lock horns on January 12 in a marquee matchup between two of the finest junglers in the world in Kairi and Karl “KarlTzy” Nepomuceno.

Meanwhile, Blacklist gets its crack at a spot in the upper bracket semifinals when it tangles with Brazil’s RRQ Akira on Sunday, January 8. – Rappler.com