Filipino-American Sofia Frank reset the Philippine records in women’s figure skating after her performances in the 2021 Challenger Series (CS) Finlandia Trophy staged in Espoo, Finland from October 7 to 10.

Frank eclipsed the records of Filipino-Swiss skater Alisson Perticheto in the short program (53.30), free skate (94.79), and the total score of 148.09 to finish 18th in the tournament.

Perticheto previously held the record for the short program with a score of 51.66 from the 2019 International Skating Union (ISU) Four Continents Championships, free skate and total score records of 93.20 and 139.70, respectively, which were set in the 2019 ISU CS Warsaw Cup.

Frank also broke her personal bests in the 2021 Nebelhorn Trophy, where she failed to land a slot for the 2022 Beijing Winter Olympics. 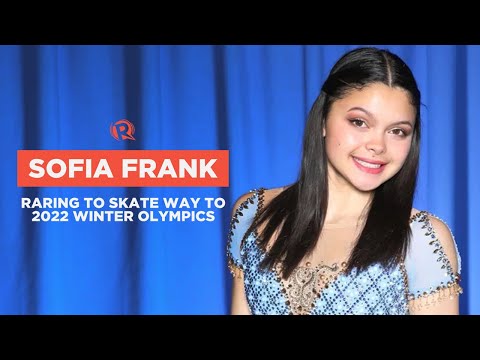 The Finland competition is part of the 2021-2022 Challenger Series that will run from September to December this year.

15-year-old Frank – the daughter of beauty queen Precious Tongko – made her Philippine debut in the Winter Olympic qualifier last September.

She was born and raised in Los Angeles, California, before moving to Colorado Springs to train intensively with her team.