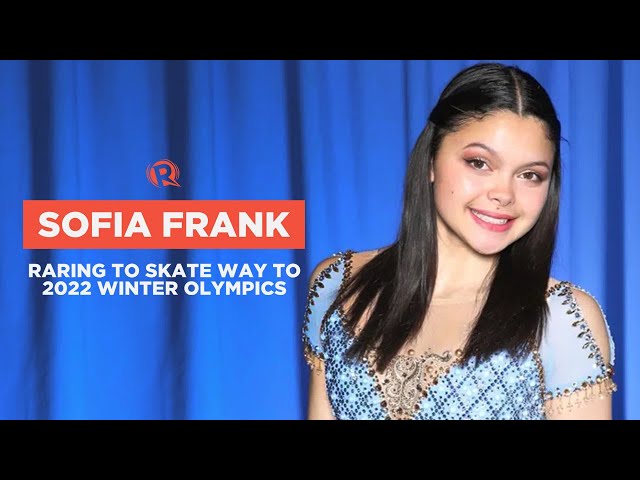 From the local scene in the United States to the world stage, Sofia Frank carries the Philippines’ hopes in the 2022 Beijing Olympics as one of the two Filipino figure skaters vying for a berth in the Winter Games.

The Filipino-American has been chosen to don the national colors in the Nebelhorn Trophy, the last qualifying event for the Winter Olympics, alongside Edrian Paul Celestino.

Initially gunning for a spot in Team USA, the 15-year-old Frank decided to join the Philippine skating team as the opportunity to represent the country of her mother, 1990 Binibining Pilipinas-Maja Precious Tongko, came.

Frank will compete outside the United States for the first time, seeking to become the first Filipina to qualify for the Winter Olympics and extend the figure skating streak started by Michael Martinez.

Martinez, the first Southeast Asian skater to qualify for the Winter Olympics, saw action in the 2014 Sochi and 2018 Pyeongchang Games.

Get to know Frank before she competes in Nebelhorn from September 22 to 25 in Germany. – Delfin Dioquino/Rappler.com