WELCOME. The UAAP hopes to work toward including more Olympic sports in the league.

Facebook Twitter Copy URL
Copied
Though the league is open to it, the challenge will be upon the eight member schools

The University Athletic Association of the Philippines (UAAP) warmly received the ideas of Filipino Olympic medalists like Hidilyn Diaz to add more sports such as weightlifting and boxing to the collegiate level.

In the Tuesday, August 31 episode of UAAP Talk, league executive director Rebo Saguisag had a chance to air out his thoughts on the Olympic medalists’ wishes, revealing that Diaz had already brought it up to him three years ago.

“We’re very much open. From a league’s standpoint, it’s relatively easier. The only challenge is actually for the member schools now because they will open up new teams and maintain those teams,” he said.

“As for boxing, historically, boxing was a part of the UAAP. At any rate, this is really worth revisiting and at least those Olympic events should have a place in the UAAP. One of our principles is to support the national sports programs,” he continued. 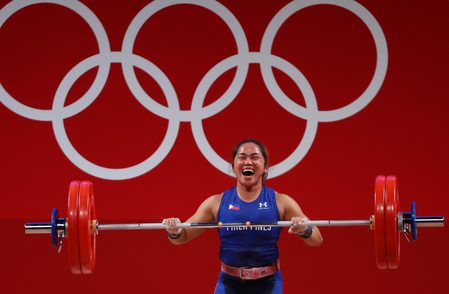 Saguisag’s point regarding the member schools’ difficulties in maintaining varsity teams has never been more pronounced in recent history than during the COVID-19 pandemic era.

Just this August, the University of the East disbanded multiple varsity teams, including taekwondo and chess, per the school’s official publication UE Dawn.

“We just need to organize it, but for the member schools, it would mean new uniforms, scholarships, coaches, et cetera. That’s likely the challenge for us all, especially with the challenge of COVID-19,” Saguisag said.

The UAAP currently has 16 sports in a full calendar year. But due to the pandemic, only 10 were able to finish their Season 82 schedules in 2020, while Season 83 was scrapped altogether. – Rappler.com