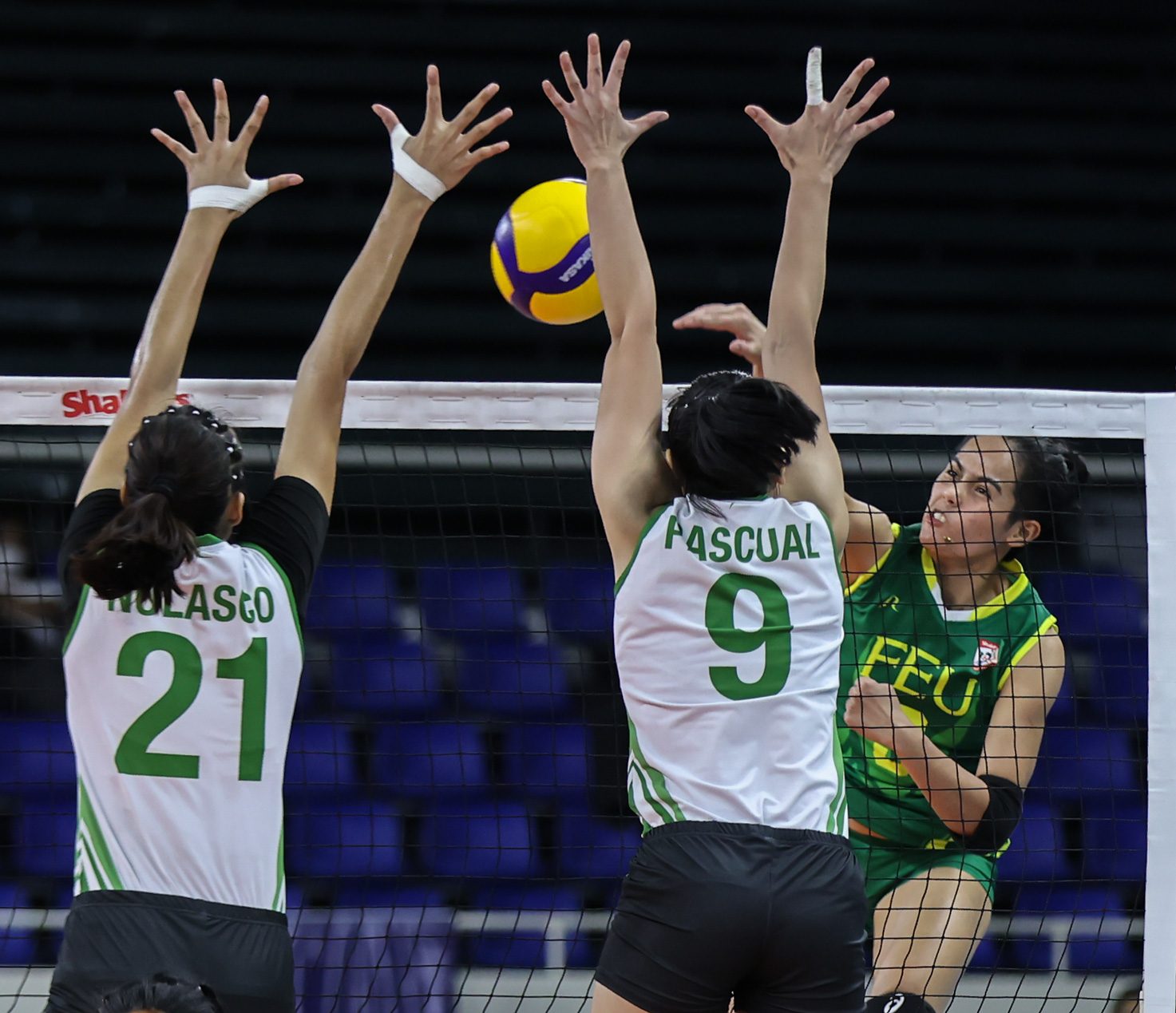 MANILA, Philippines – In an opening game day that lasted from noon to midnight, the Shakey’s Super League was able to successfully hold its inaugural play date at the historic Rizal Memorial Coliseum in Malate, Manila.

Tina Salak, the former FEU setter who won the 1995 UAAP MVP and brought home two championships to Morayta, is back in the fold, this time as the head coach of the Lady Tamaraws.

“To be honest, I felt jitters. I mentioned to my partner that I felt a bit scared because for the longest time, I played for FEU, and now it’s a different feeling that I’m now handling the team,” Salak told reporters after their five-set win against reigning NCAA volleyball champion College of St. Benilde.

“But I wanted to show them the mentality of a Tina Salak in terms of play, so that I could translate that to them and eventually be adopted,” she added.

The Lady Blazers were trying to engineer a comeback that saw a 10-6 deficit trimmed to within one, 12-11. However, the Lady Tams uncorked a 3-0 blast to claim their first win in the fledgling league.

Jamili thanked her coach for instilling trust in her to secure the victory.

“She just told us to play with no pressure in the game, so we did just that,” the Cebu native said.

With Perpetual down 20-22, the rookie spiker uncorked four markers in a run that helped their side claim a 26-25 lead. An attack error from San Beda sealed the deal for the Lady Altas.

“She had an impressive outing. I saw her heart, it wasn’t like some rookie. She had her heart beating like a veteran,” said head coach Sandy Rieta.

After dropping the first set, the Lady Altas regained their focus and claimed the next three, to chalk their first win of the group phase, something that Rieta emphasized in every timeout that they had.

“I told them, ‘we lost focus.’ When we went ahead in the first set, they lost focus. I reminded them that volleyball isn’t about having big leads, it’s about who gets to 25 points first. So as long as you haven’t scored 25 yet, we should not relax,” explained Rieta.

The Lady Warriors leaned on a crucial 7-2 run in the fifth set to pull away from their opponents and weather the storm to take the victory.

Lia Pelaga led all scorers with 18 points, while Percae Nieva and Von Dimaculangan added 17 and 16 points, respectively, for the Lady Warriors.

Alyanna Ong topscored for Mapua with 17 points in the losing effort, while Hannah De Guzman chipped in 16.

“We had a shaky start and we were not playing our usual game. We allowed ourselves to play on Mapua’s pace instead of us dictating the tempo,” said UE mentor Ronwald Dimaculangan.

“It was an ugly win but at least I saw in them the resiliency to bounce back. From here, we’ll try to address our mistakes,” he added.

Mapua took the opening frame, before surrendering the next two sets to UE, and was able to force the deciding set. – Rappler.com