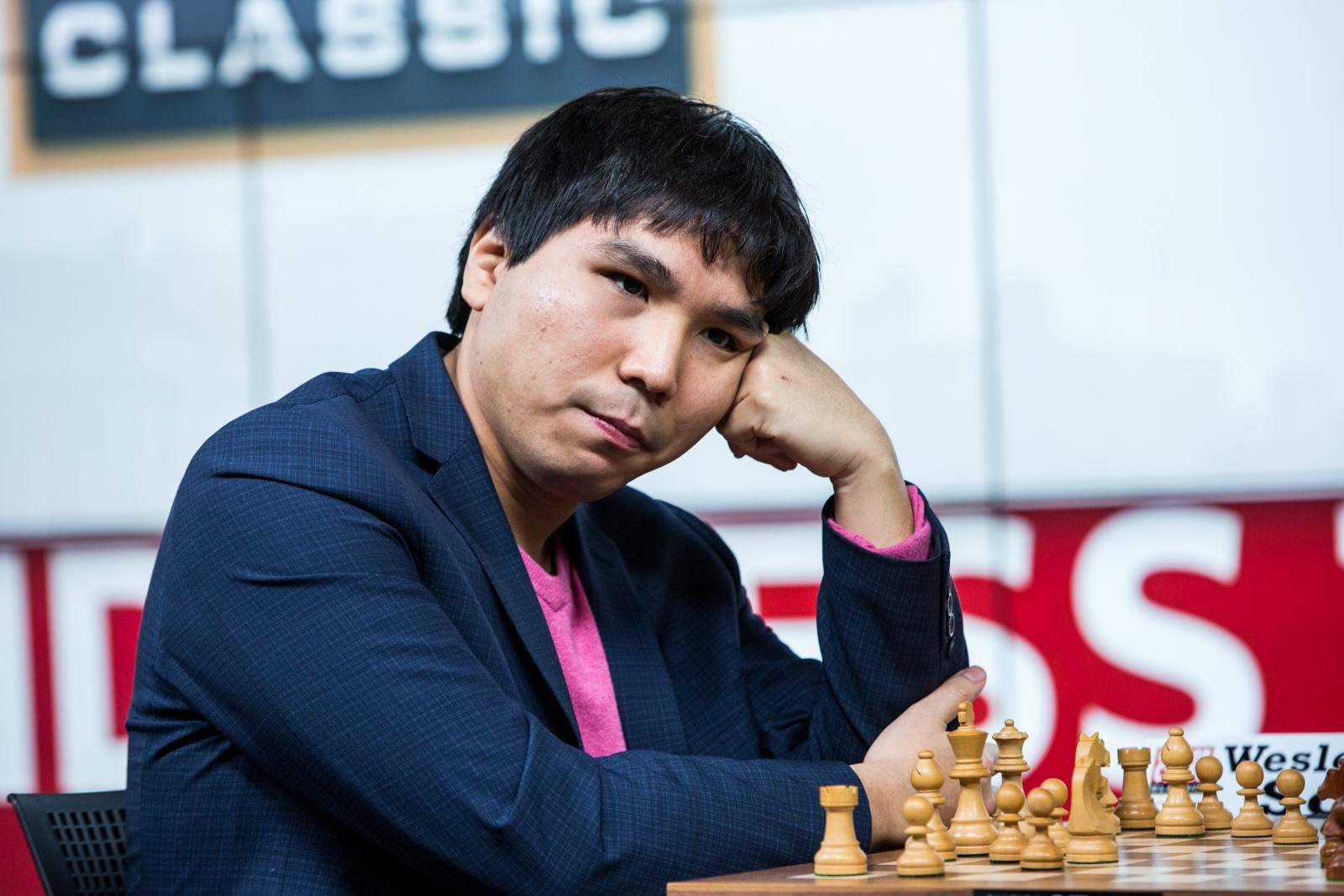 ELITE. Wesley So is currently ranked at fifth in the live World Chess Federation ratings.

MANILA, Philippines – Wesley So pounced on a blunder by Leinier Dominguez to notch his second straight win and grab the solo lead in Pool D of the Berlin Grand Prix on Monday, February 7 (Tuesday, February 8, Philippine time) at the World Chess Club in Germany.

The back-to-back US champion vaulted to 3 points, a full point ahead of fellow Team USA member Dominguez and India’s Pentala Harikrishna, who drew with Russia’s Alexei Shirov (1 point) in the other game.

Handling black, So gained the initiative when Dominguez offered a queen exchange on the 23rd move, which the overall champion of the 2021 Grand Chess Tour accepted.

The Cavite-born So was in control from then and with his two rooks on the seventh rank, Dominguez surrendered after 39 moves of a Guioco Piano.

Levon Aronian, competing in his first tournament as an American, matched So’s output in Pool C following a draw with India’s Vidit Gujrathi, who was tied with Daniil Dubov at 2 points. Dubov seized the opening initiative and went on to beat Keymer (1 point).

Speed chess wonder Hikaru Nakamura kept the Pool A lead with 2.5 points after a draw with France’s Etienne Bacrot (1.5 point). Alexander Grischuk and Andrey Espinko agreed to a truce and remained tied at 2 points.

So will play white against Harikrishna in the fifth round on Tuesday.

After his victories over Shirov and Dominguez, So vaulted to fifth spot in the live World Chess Federation ratings with an Elo rating of 2779.9. World champion Magnus Carlsen is way ahead with 2863.9, followed by Alireza Firouzja (2860.4), Ding Liren (2799), and Fabiano Caruana (2781.5). – Rappler.com