Facebook Twitter Copy URL
Copied
Yuka Saso, who has started the process of acquiring Japanese citizenship, says she remains proud of her Filipino and Japanese heritage

Golf sensation Yuka Saso made a difficult, yet necessary decision of choosing a Japanese citizenship, but she remains proud of her dual heritage.

On Thursday, November 4, the 20-year-old Saso released a statement to thank all her supporters – Filipino and Japanese – who have been with her throughout her career.

“I am a Filipina, born in the Philippines, to a Japanese father and Filipino mother. I was raised in both Japan and the Philippines. I am immensely proud of my dual heritage and that will never change,” wrote Saso in a post shared by Pilipinas Golf Tournament Inc and her main sponsor ICTSI.

“Thank you for respecting my choice. I am grateful to my Filipino and Japanese supporters. I would not have achieved anything in my career without your support. I look forward to making you proud as I continue with my professional golfing career.” Under the Japanese law, dual citizens like Saso have to select their nationality at the age of 22.

Saso, who made a professional debut in the Japan LPGA in 2020, made history for the Philippines as the first golf major winner in the 2021 US Women’s Open.

The Bulacan native also rose to prominence when she won a double gold in the 2018 Asian Games at 17 years old. (FAST FACTS: Who is Filipina golf phenom Yuka Saso?)

Saso was also the youngest member of the Philippine Tokyo 2020 Olympics delegation at 20 years old. 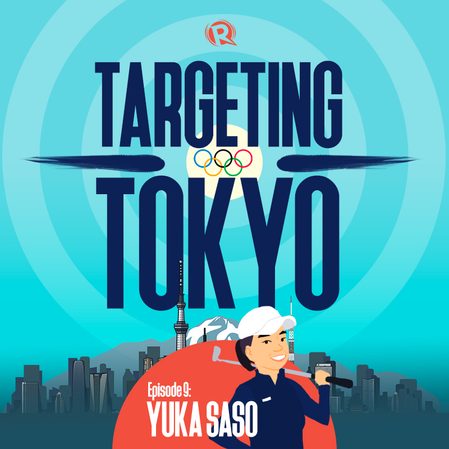 Currently ranked No. 6 in the world, Saso is the youngest in the top 10 that is ruled by South Korean stars Jin Young Ko, Inbee Park, and Sei Young Kim, and Tokyo Olympic gold medalist Nelly Korda of USA. – Rappler.com