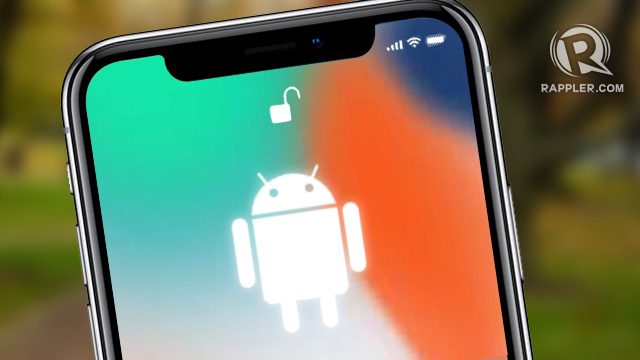 The update which is due out later this year, sees Google overhauling its Android operating system with longer battery life and new designs, layouts, and icons to look more modern and “like the iPhone.” It will also support notch cutouts seen at the top of the iPhone X on a new line of Android devices.

Similar to the iPhone X, Android smartphone manufacturers will reportedly place cameras and other sensors in the new cutouts.

Android controls the middle to the low-end global smartphone market while Apple dominates the high-end. This move looks to convince iPhone users to switch to Android which in turn brings the high-end market back to Google’s Android.

The Iphone X notch coming to Androids won’t be entirely new, however, as some China-made phones have already incorporated the design into their phones. (READ: LOOK: 10 iPhone X clones from China)

Bloomberg makes it clear that since the Android software can still be tweaked by manufacturers, not all Android devices will have notches. It probably won’t solve the problem of a ‘”billion plus” devices running old versions of the Android operating system either.

On top of all this, the new operating system should see Google promote and improve its own integrated digital assistant to compete with Apple’s Siri and Amazon.com Inc’s Alexa. Though not yet final, the assistant’s voice-based technology will be integrated in some apps and even the Google search bar on the home screen. – Rappler.com