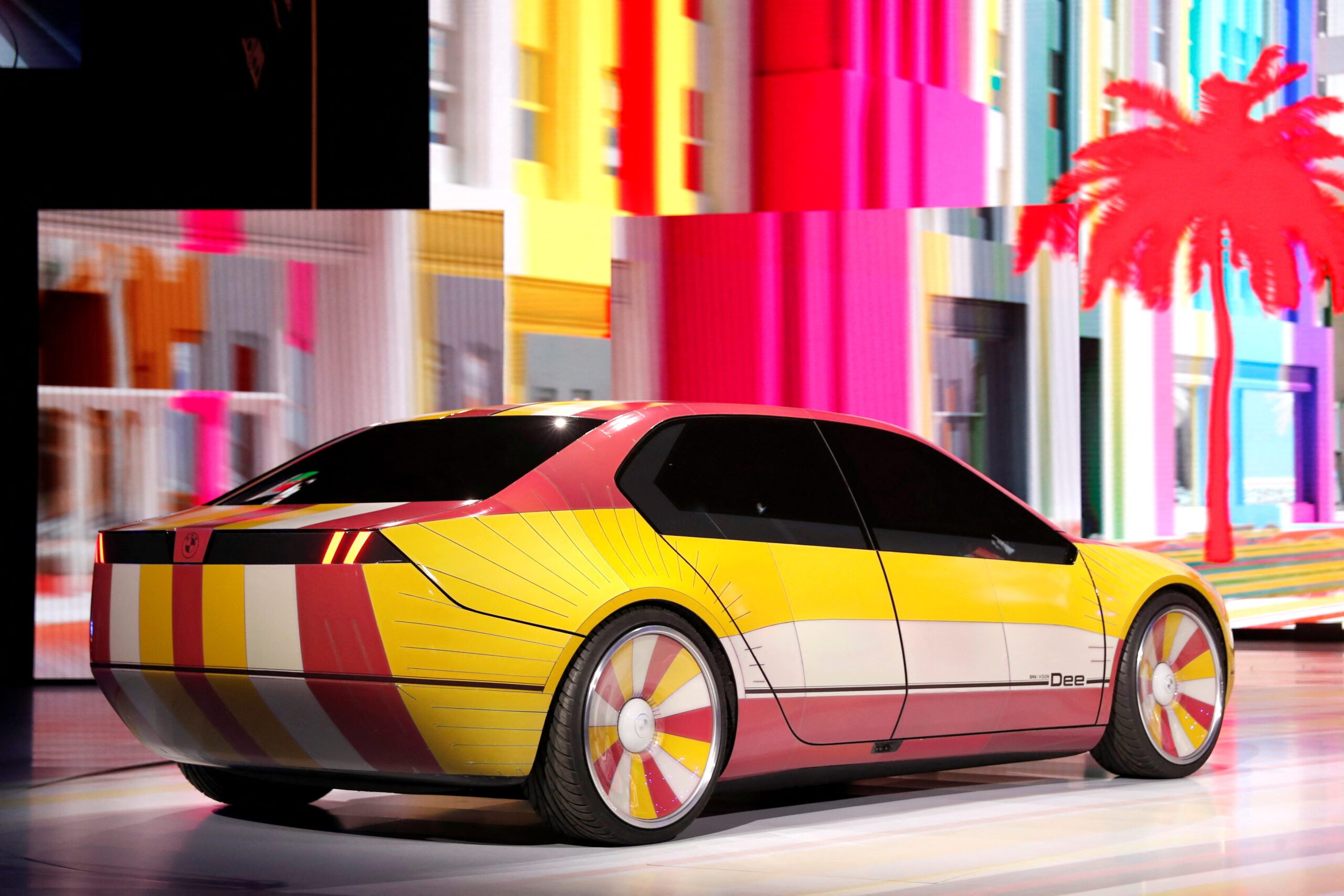 BMW AG has unveiled a prototype for a car that talks like a human being, changes colors to suit the driver’s mood and has no screens on its dashboard.

The German luxury automaker’s BMW i Vision Dee, revealed at a splashy kickoff on Wednesday evening for the CES conference here, previews technology that chief executive oliver Zipse said would be put into production in 2025. BMW plans to launch a new lineup of electric vehicles, which it is calling the Neue Klasse, or new class.

The BMW concept was very much a show car, with elements that could be challenging to put into mass production at competitive prices. But Zipse told a packed theater at the Palms Casino that BMW “will bring this technology into our Neue Klasse … in serious production.”

One of the most striking features of the concept was a dashboard that had no screens. Instead, the dashboard has one digital slider that controls images projected on the car’s windshield. At the highest level, the windshield could show a digital, virtual world instead of the reality of city streets.

“Digital leadership is not about who has the biggest screen,” Zipse said. That point of view is at odds with most of BMW’s luxury segment competitors, starting with electric vehicle pace-setter Tesla Inc., which has made a large, high-definition screen the central feature of its vehicles’ dashboards.

During a presentation highlighted by an appearance from actor and former California Governor Arnold Schwarzenegger, BMW also gave a central role to “Dee,” a digital assistant that conversed with Zipse and others in a female voice. Playing on its long-time slogan “the ultimate driving machine,” BMW said the “Dee” technology could make future cars the “ultimate companion.”

For a final flourish, BMW showed off the latest application of the E Ink technology. The i Vision Dee car has 240 separate color cells that can change individually. In one moment, the prototype was a light green shade, then dark purple, then red with white racing stripes. – Rappler.com