After Microsoft, it’s Apple’s chance to wow audiences at their ‘Hello Again’ event 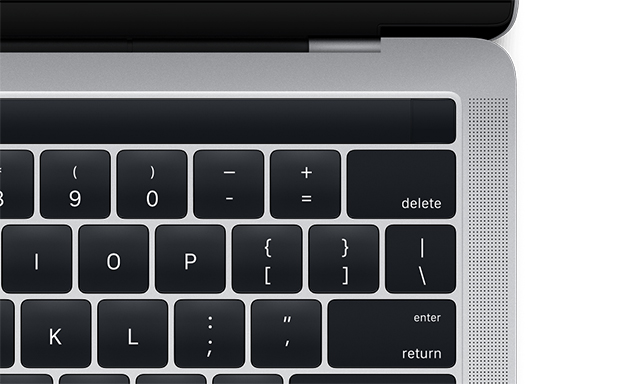 Shortly after Microsoft reinvigorated the interest in desktops with the announcement of their Surface Studio, Apple has a chance to steal some of that thunder right away. The tech giant will be holding its “Hello Again” event where the company is expected to announce the newest Macbook Pro. The event will be taking place at the Apple headquarters in Cupertino, California on October 27, 9 pm, US time. Filipino Apple fans may watch it live at Apple’s events page on Friday, October 28, 1 am. Users may also click on the Event icon on their Apple TV to view the event.

It’s been a long time coming for the Pro; the laptop’s last significant update was the retina display in 2012. Since then, we’ve seen momentous updates for other Apple devices such as a bigger iPhone, a Macbook Air, and an iPad Pro. Meanwhile, the Macbook Pro sat on Apple stores quietly awaiting a makeover. That soon changes. We are expecting to see some major updates on the Macbook Pro, and some smaller but significant upgrades on the Macbook Air and iMac.

Below is a list of what we might see. But feel free to surprise us, Apple. All it takes is a great new product to break a recent dry spell in sales. 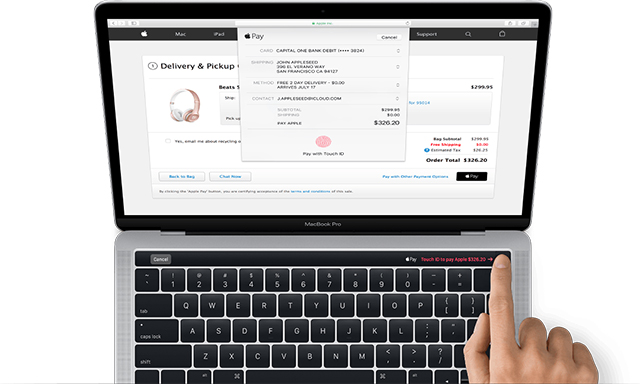 Macrumors reported the first glimpse of the what could be the new Macbook Pro. These were spotted in some Apple Pay sample images included in a recent macOS Sierra 10.12.1 update. The pictures confirm the addition of a “magic toolbar” as a successor to the function keys. It’s a touch panel that features context-sensitive functions.

As seen in the images, the top keys have been completely tapered to accommodate this dynamic toolbar, which seems to have a fingerprint reader on the tail end. A power button is not seen on the keyboard and it’s possible that this is now integrated on the swanky new touch panel. The venture to a completely touch-based interface has been met with reluctance from tactile typers, but this seems like an agreeable first step.

The display and functions adapt to the current app in use, which should be a welcome change for those who have trouble remembering the assigned functions on the F1 to F12 keys. Plus, without the clutter of the pictographs on function keys, this gives the keyboard an overall cleaner impression. However, the speakers have been bumped to both sides of the keyboard, and the visible grills do seem to add some ‘noise’ to the look.

The game of ports

Macbook Pros have always had an edge over the Macbook Air for some users because of its many different ports. The current Macbook Pros are still equipped with an SDXC slot, Thunderbolt, HDMI, a headphone jack, and a couple of USB ports. It has been heavily rumored that the upcoming Macbook Pro will only come with USB-C ports, which spells the end of MagSafe.

USB-C has made connections less complicated by eliminating the up or down orientation, aside from being even faster than USB 3.0. Currently, it is on the 12-inch Macbooks as a universal charger and peripheral port. Peripheral-crazy Macbook users have since settled on accessories like the Hyperdrive 5-in-1 USB-C slot, as well as upgrading their cables. If the new Macbook Pros will follow the footsteps of its less robust sibling, then customers old and new will have the possible additional cost of cable upgrades, or at least some “to USB-C” converter plugs.

What else to expect from a new MBP?

There’s the obvious stuff such as processor and battery upgrades. With the wide gap between its updates, it is expected that the Macbook Pro would be a powerhouse. Predictions say that the new machines will be housing Intel’s Skylake x86 processors, which were released mid-2015, generally enabling higher performance.

These are the things that fans are expecting at the event. But as we’ve seen with Microsoft’s event, there might be surprises that might just keep you up all night. – Rappler.com