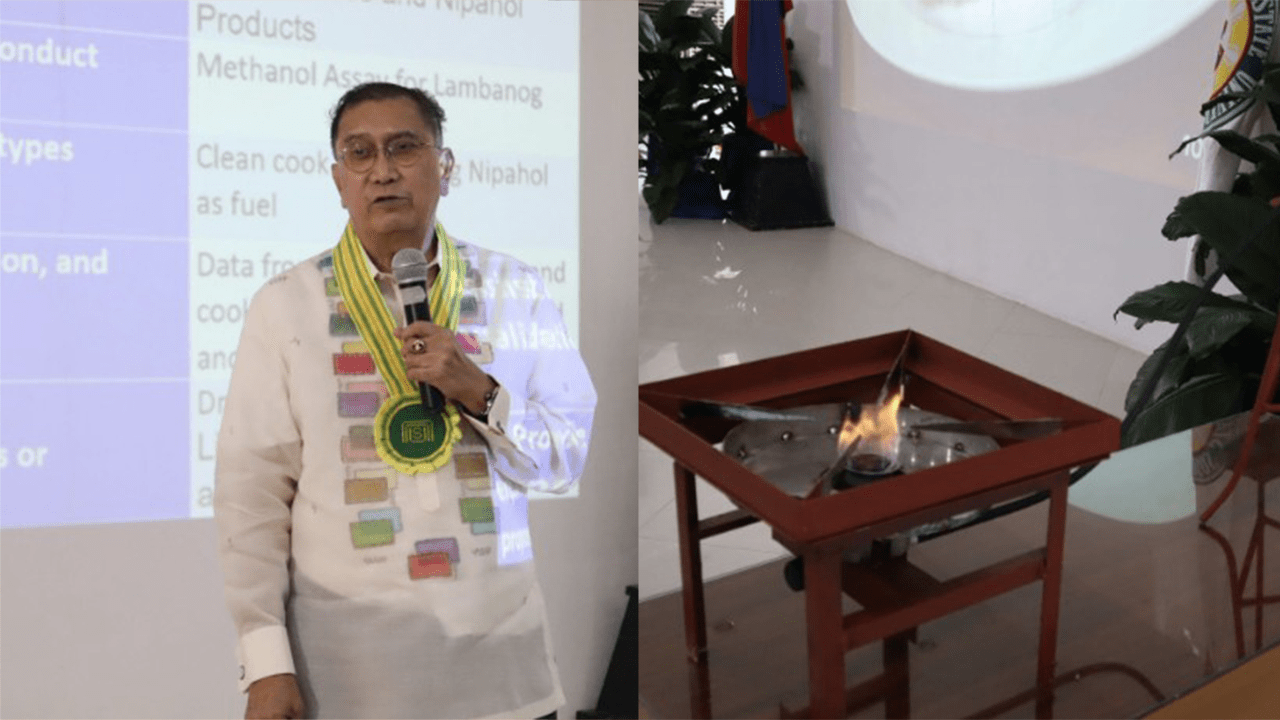 MANILA, Philippines – The Department of Science and Technology (DOST) on Tuesday, December 27, announced in a press release, the development of nipa as an alternative cooking fuel called nipahol, and a nipahol-fueled stove, stating that these have the potential to replace LPG stoves in homes.

The fuel is composed of ethanol derived from nipa sap.

Leading its development is Dr. Fiorello Abenes, professor emeritus at Cal Poly Pomona University in California, USA, and a scientist with the DOST’s Balik Scientist program – a program encouraging scientists to return to the Philippines and share their expertise – hosted by the Mariano Marcos State University (MMSU) in Ilocos Norte. Abenes and the team are in the process of commercializing the technology.

Abenes touted the fuel’s properties as a clean option, especially compared to traditional fuel used in rural areas. The scientist said: “Dirty cooking is still a problem in many of the rural areas of the Philippines. The use of firewood or charcoal emit unhealthy levels of particulates and noxious gases that affect the respiratory track, mostly affecting women. Ethanol as cooking fuel is cleaner.”

Together with the nipahol fuel, the scientists have developed a stove prototype called the Village-Scale Nipahol Technology (VSNT), which Abenes said he hopes they can “scale up and make into a cooking stove suitable for indoor use and in commercial establishments.”

While the DOST said that the use of nipahol as cooking fuel should accelerate the commercialization of VSNT technology, the department also noted that widespread adoption of the system also relies on finding more uses for the ethanol produced from nipa – a task being conducted by members of the Balik Scientist program at the National Bioenergy Research and Innovation Center of the MMSU. – Rappler.com