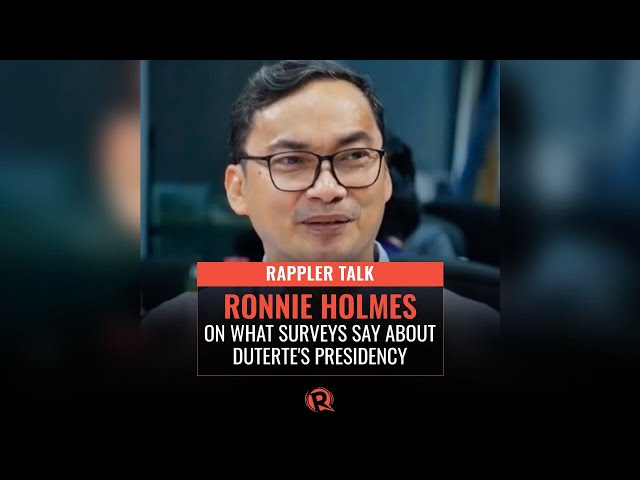 Rappler senior reporter Pia Ranada interviews Pulse Asia president Ronald Holmes about how the outgoing Chief Executive performed in surveys and what this means for Filipinos, democracy, and the incoming Marcos administration.

Catch the interview at 6 pm on Thursday, June 9.

Interested in interviews about Duterte’s legacy as he prepares to step down from Malacañang? Catch other related interviews on Rappler: